10 Self Defense Tips to Defend Yourself from an Attacker 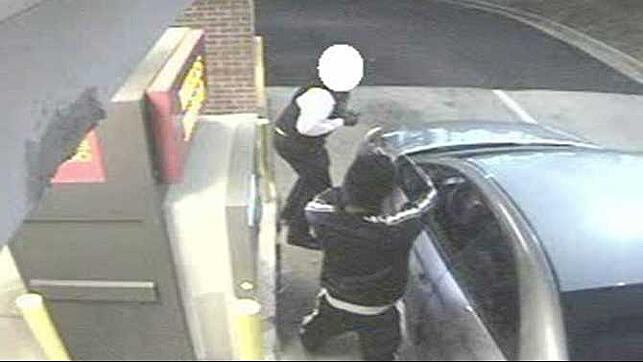 I was outside of town last weekend, bicycling on an old railroad bed that’s been turned into a trail. It was just about dusk when I rode up on a young woman standing in the middle of the trail. Her back was to me. Though she had her headphones on, I could hear her music. She was too busy texting to see me coming. I could tell by how little she was wearing that she wasn’t concealing a handgun. When she did finally notice me, she almost fell over with fright.

There’s an obvious lesson here, but we can all learn from her ridiculously naïve mistakes. As we have already explained in this post, active self-defense requires continual mental and physical training. Yet fitness and mental acuity will fail you if you forget about situational awareness. The best way to refresh your defensive skills is to take a good long look inside. The basics of self-defense begin long before you are forced to draw your concealed handgun. Here are ten basic self defense tips; they are fundamental ideas that will help protect you from criminals who are looking for crimes of opportunity.

We teach the buddy system to our kids, yet ignore it ourselves. Criminals are looking for an easy target. They make split-second assessments of the potential resistance they are going to face. Criminals are smart enough to recognize that their chances of successfully overpowering a victim one-on-one are better than if they choose a two-to-one scenario. Targeting more than one person means criminals are more likely to be identified, and less likely to be in control of the situation. It has been estimated that traveling with one additional person decreases the likelihood of being targeted by 70%, and with two additional people, 90%!

Action is faster than reaction. Criminals may lurk in darkness in order to get the jump on their victims. Criminals are known to hide behind dumpsters, bushes and cars awaiting an unsuspecting pedestrian. Walk and park in areas that are under streetlights, or away from shadowy places. Trust your gut. Check your surroundings. When you do have to travel alone, which you inevitably will, make sure you minimize the chance for crimes of opportunity.

It’s not always possible to have the company of an actual companion, though you may be able to stay in areas that are well populated. Avoid taking shortcuts through alleys or places that have fewer potential ‘witnesses’ or ‘good Samaritans.’ Remember, a criminal’s goal is to offend while simultaneously avoiding apprehension.

Criminals often judge books by their covers. Those who wear flashy and expensive jewelry, or show off their expensive (and easily fenced) electronics, attract attention from robbers. To avoid unwanted attention, don’t broadcast that you have valuable items in your possession. A criminal will weigh the risk of apprehension with the benefit of the crime – the greater the payout, the more likely a crook will be to take that risk.

Pulling out cash in front of potential criminals is obviously dangerous. Yet there are more innocent circumstances that may also lead to increased victimization. Criminals will go places to find targets that they know will be in possession of a payout, such as automatic teller machines, banks, casinos, and cash stores. They will follow their victims until the opportunity presents itself to victimize. In addition, it is not uncommon for vagrants to ask for money and steal the wallet or purse of the person who opts to give.

Cell phones are a great way to summon help when needed. Years ago, a broken down car meant waiting alongside a road for a police officer, or knocking on a stranger’s door to use their landline. Nowadays, cell phone usage is almost universal. Although cell phones provide a sense of security – they are more useful if they remain charged. Know how to use your cell phone to make emergency calls, and don’t let it become a distraction that keeps you from being attentive to your surroundings.

Contrary to depictions on television and in the movies, the law does not require a complainant to wait 24 hours to report a missing person. People who habitually communicate their plans to their loved ones and family members are more likely to reap the benefits of police intervention if something goes awry. Communicate. Let some know your whereabouts, the time you are leaving a given location, any stops you are making, the route you are taking, and when you can be expected home. Providing this sort of information will allow a loved one to call the police and request a welfare check, or file a missing person report if you do not arrive at your destination as expected.

It goes without much explanation that keeping your hands free is important in personal safety. Occupied hands inhibit movement and slow reaction times. Being selected as a potential target, as mentioned earlier, is all contingent on the quick analysis of the criminal. Keeping your hands free is also important because, if you’re attacked unexpectedly, you will have a greater ability to block strikes and even counterstrike. The hands are a very are important tool in self-defense.

Maintaining focus, especially in a high-tech era, is difficult. Smartphones beep and chirp with every Facebook message, tweet, email, text, phone call, appointment reminder, and phone message. It is enough to distract even the most focused individuals. Resist the temptation to catch up on emails, return phone calls, or update your status when out in public. Wait until you get where you’re going. Put away distractions and focus on getting from point A to point B without being targeted.

10. Avoid The Use of Intoxicating Substances

The use of intoxicating substances decreases inhibitions and retards judgment, which is a dangerous combination in the wrong place and in the company of the wrong people. Most research relating to the correlation between victimization of violent crime and alcohol use was conducted in the 80’s and 90’s. These percentages vary widely but reach as high as up to 50% of victims being under the influence of alcohol. These percentages aren’t inclusive of other intoxicating substances, only alcohol.

In the end, you have the responsibility to look after yourself. If you practice these skills, you will separate yourself from the mass of plugged in, clueless sheep that make easy prey. But remember, there is nothing anyone can do to avoid all of life’s dangers. Once you have a handle on these skills, add an active means of protection to the list. Make sure you carry with you one of the three self sefense tools described in this post. Train with and carry a gun, and truly take ownership of your own fate.