5 Things To Know Before Buying A Home-defense Handgun 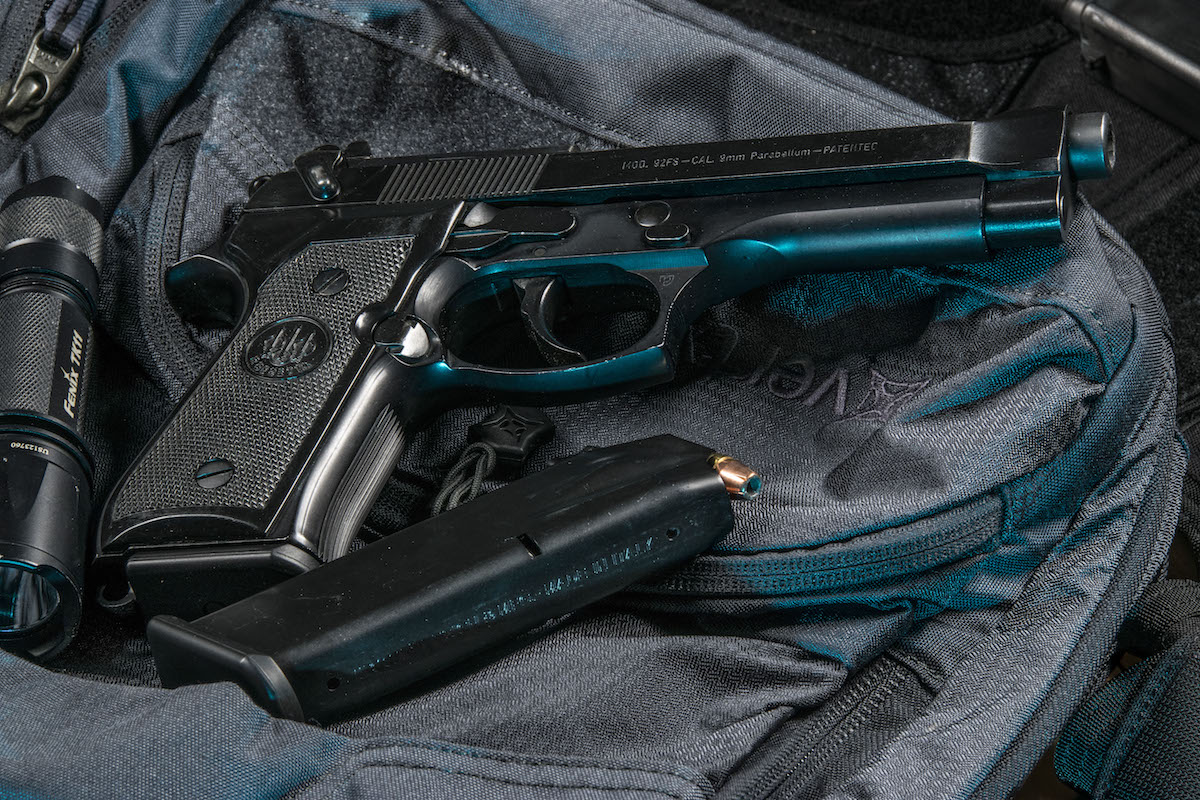 Picking the right tool for the job is essential in all walks of life; hammers make terrible screwdrivers, and pocketknives are useless for digging post holes. The same can be said for deciding on a firearm for home defense.

Many shooters gravitate towards a handgun for such a purpose but fail to understand both the limitations of them and what makes an ideal home defense tool. Handguns are a compromise by design; they aren’t as effective at stopping a threat as either a carbine or shotgun.

That said, they afford shooters increased mobility and free up their support hand for turning on lights, or escorting loved one to safety. Other important aspects to consider aren’t so straightforward and require working knowledge of firearms and their operation to understand.

For the uninitiated, trying to wrap their brains around every aspect and nuance of what they might need, can be dizzying.

Thus, I’ve broken down the five most crucial considerations for shooters to look at, when picking a home defense handgun.

The overwhelming majority of gun owners won’t ever need their firearms for self-defense – but when they do, they really need it. Thus, prospective handgun buyers should think of their purchase as insurance; a measure of last resort, should things turn south.

With that in mind, the most crucial aspect to consider in any design is reliability.
The softest shooting, most accurate firearm in the world isn’t worth its weight in scrap steel if it can’t be relied upon to function when needed.

Advocating for reliable firearms is easy, but determining which ones truly are is much more troublesome. Personally, I try to limit myself to any firearms that have seen either extensive police, or military use. That's because these groups tend to subject their tools to harder use than any civilian, so if the design has a fatal flaw, they’ll find it first.

Beretta’s M9 is a great example of this concept. The United States Armed Forces have subjected their pistols to abhorrent conditions and found the average lifespan of an M9 slide to be roughly 4,000% greater than the number of rounds the average civilian fires through their home defense pistol in their entire lifetime.

Thus, a perspective buyer can purchase one of these guns with confidence – but should still fire at least 100 rounds of their chosen defensive ammunition through the gun without malfunction, before considering it “good to go.”

Like any mechanical skill, marksmanship requires practice to master. Buyers looking at a given design should consider the cost of ammunition and any necessary accessories before committing to a particular gun.

For the sake of brevity, we’ll skip the cost of traveling to the range, buying ear and eye pro plus targets, and go straight to ammo, magazines and dust cover accessories. Sometimes, the cost of being proficient with a particular gun is just too steep for some folk’s budgets.

A great example of this might be a fancy 1911-type pistol chambered in 10mm Auto. That round is certainly effective for hunting and self-defense but is prohibitively expensive for shooters to practice with on a regular basis.

A better choice is an established firearm with readily available and inexpensive magazines chambered in an affordable caliber. Ideally, the caliber should be one that a shooter can buy at their local sporting goods or gun shop. This ensures both availability in a pinch, and that the shooter can afford to buy enough rounds to keep their gun fed.

But that comes with a caveat – terminal ballistics.

Choosing a caliber is like negotiating with a contractor. In the same way that one can’t get low prices on high-quality work done quickly, shooters have to compromise on size, recoil, and terminal ballistics.

Simply put, an ultra-powerful round like 44 Magnum will have punishing recoil and require an enormous handgun to chamber it. On the other side of this equation, a .25 ACP cartridge has negligible recoil, fits in a tiny pistol, but has dreadful terminal ballistics.

As a rule, I never recommend anything under .380 ACP – anything less powerful than a .380 Auto can’t reliably stop a motivated assailant. Previously, I wouldn’t recommend anything under 9mm Parabellum, but advances in defensive ammunition design have done much to improve the .380.
Shooters unsure of how much recoil they can handle, should visit a gun range and rent a few calibers to see how much they can tolerate. I generally recommend shooters fire one box of ammo through any given firearm before making a decision on it.

Another aspect to consider about caliber is its effect on magazine capacity. It only makes sense that larger calibers consume more space than smaller ones. In general, the larger the round, the fewer can be kept in the magazine’s reserve.

‘Safety first!’ We’ve all hear this mantra a million times, but it bears repeating when dealing with firearms. Various firearms use different methods of rendering themselves ‘safe.' Some, like the M9, feature a combination manual safety/decocker that disables the sear when engaged.

Others, like the new Beretta APX, utilize a safety built into the trigger itself. Both have their merits, but each requires shooters to practice with on a regular basis to master. Also, which one a shooter picks should also depend on how, and what condition they store their firearms in and the age or responsibility of anyone they live with.

Shooters with young children should introduce their kids to firearms early to demystify the guns and teach their offspring not to handle firearms without an adult. Obviously, all firearms should be stored in a locked safe while unloaded, but what about bedside guns?

Having an extra layer of safety is a solid investment for both less experienced gun owners and those who are extraordinary groggy early in the morning or late at night. For these sorts of people, I’d recommend a pistol with a manual safety, unless they feel more comfortable with a built-in one like on the APX or other striker-fired pistols.

More experienced gun owners, and those living alone or with other experienced shooters, might opt for a trigger safety model. It shaves precious seconds off the time needed to engage targets. I personally use a striker-fired handgun for home defense, which lacks a manual safety. I don’t just do this for speed, though, I also have thousands of hours of experience with it.

When picking a concealed carry piece, weight is the enemy. The heavier the pistol, the most uncomfortable it is to carry, and the less likely a shooter is actually to carry it. For home defense and competitions, weight is a shooter’s best friend.

Heft, weight, or whatever you want to call it, resists recoil. This makes getting back on target after each shot easier and quicker. Strapped to a shooter’s hip, a large, all-steel firearm is a tremendous burden, but resting inside a small safe next to your bed, weight doesn’t matter.

This is one of the reasons I like to recommend guns based on the original Wonder 9’s of the 1970’s – these were the first 9mm handguns to incorporate double stack magazines, and are constructed almost entirely from metal. The combination of a heavy frame and light-kicking 9mm makes even the most recoil-shy shooter able to control their pistol.

As you shop for a home-defense handgun, consider some of the factors we've discussed here. That will help you narrow your alternatives and find the right gun for your needs. 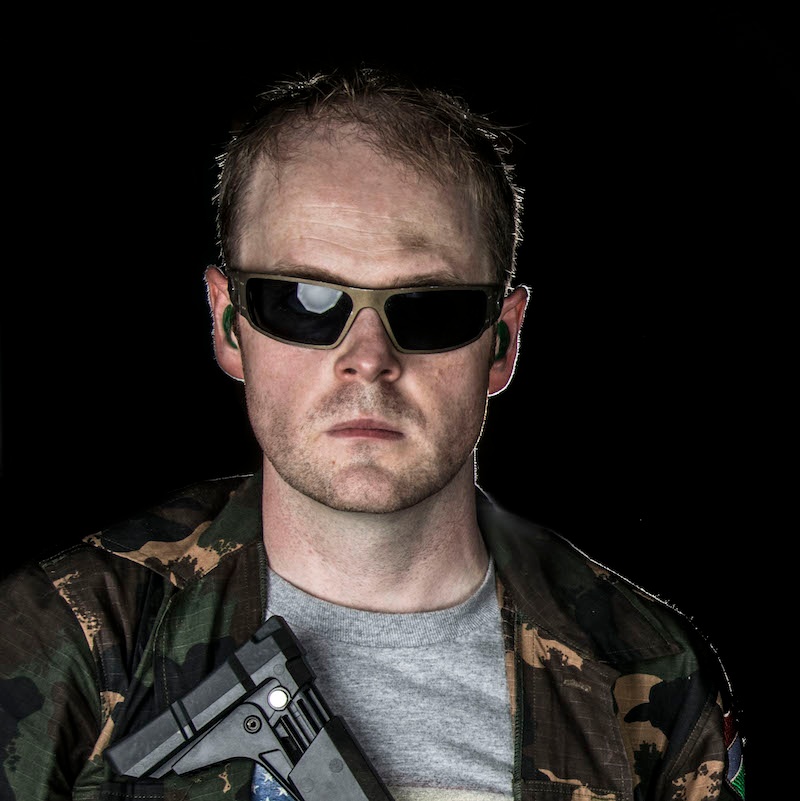 Jim is a freelance writer, videographer and professional photographer for dozens of publications in the shooting world. He loves any, and everything that goes, ‘bang!’. When Jim’s not snapping photos and blasting steel at his gun range in South Carolina, he’s hiking in the mountains with his wife Kim, and their dog, Peanut.