A Handy Upgrade for the Beretta 1301 Shotgun 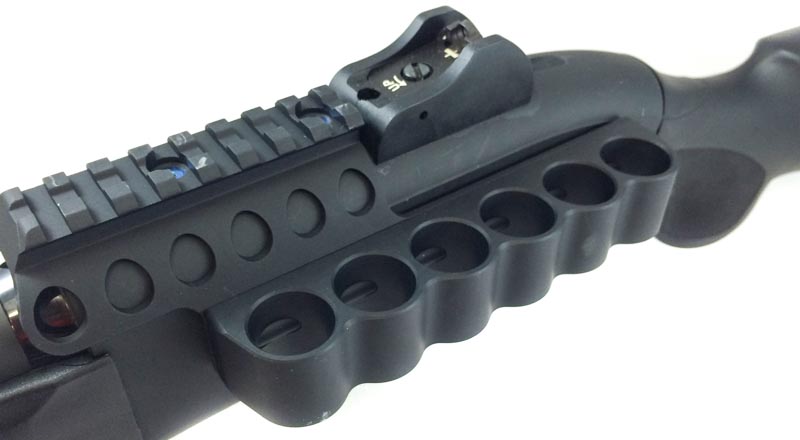 I’ve been testing out a new product from Mesa Tactical for my Beretta 1301 Tactical shotgun: The SureShell Aluminum Shotshell Carrier. Called a side-saddle by some, this piece of gear allows you to carry extra shells on the side of the receiver for quick access.

Before getting into the specifics of the Mesa Tactical SureShell carrier, it’s important to note the differences between the two basic models of the Beretta 1301 shotguns. The 1301 Tactical model has a shorter receiver consistent with its 3-inch chamber size. The 1301 Competition model uses a 3 ½-inch chamber and, therefore, has a longer receiver. The bigger chamber on the 1301 Competition is not for shooting more powerful and harder-kicking shells for competition. The larger chamber requires a larger loading port, which is something nice to have when winning or losing is determined by how quickly you can reload shells into the tube. All this nets out to the fact that the optics rail screw holes in the respective receivers are in different places, so there are two different models of the Mesa Tactical SureShell Shotshell Carrier.

Also see: A Look at the Beretta 1301 Tactical Shotgun

Here, I’ll be talking about, and showing, the 1301 Tactical configuration. The important design elements are the same, but there are a couple of differences. The Tactical model replaces the short rail segment in front of the rear ghost ring sight. It mounts with two screws. On the 1301 Competition, the SureShell carrier replaces a longer rail segment as there is no ghost ring sight. It mounts with four screws. 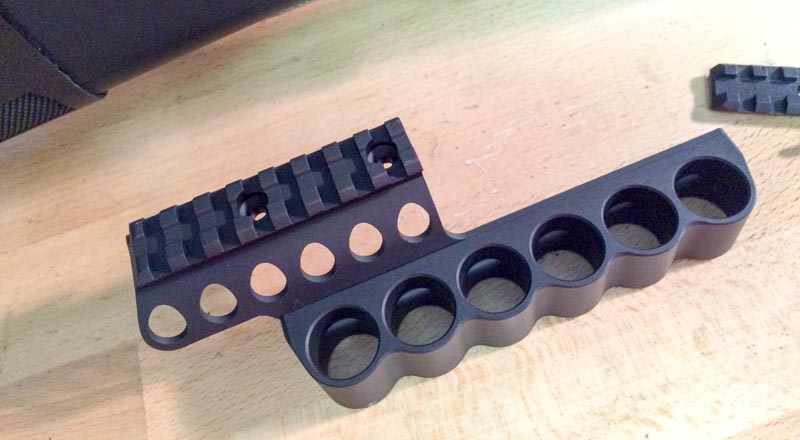 The SureShell Shotshell Carrier is made from aluminum, so right off the bat, you’re “upgrading” the existing rail segment, which is made from polymer. I've used optics for quite a while on the polymer rail, and never had a problem, but it's hard to beat metal for durability. The carrier is designed to be compatible with the rear ghost ring sight, so you still have full use of the factory front and rear sights. If you want to use an optic, you are simply mounting it on the new aluminum rail segment rather than the existing factory one, which you remove during SureShell Shotshell Carrier installation.

You’ll also notice that the SureShell Shotshell Carrier comes with an extra “rubber” tube. This replaces the black tube already installed which applies pressure to the shells, holding them in place. The white tube is simply stiffer and applies more friction to the shells, making them harder to remove and less likely to fall out if you get all Ninja with your moves. The factory default setting works fine for, me and the shells are plenty secure with the default tube. 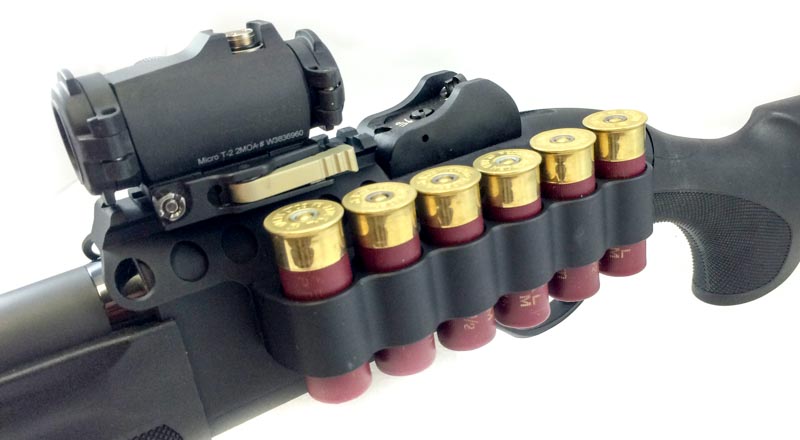 To install the carrier, simply remove the two Allen screws holding the existing rail segment in place. Save the rail and two screws in case you ever want to revert to original factory configuration. You’ll note that the screws that Mesa includes are longer. That’s because the holes in the replacement SureShell Shotshell Carrier are deeper, so be sure to use the included Allen screws. Mesa includes the right size wrench in the box, so you don’t need additional tools for this job. I would recommend hand tightening the SureShell Shotshell Carrier and function testing before applying any Loctite to the screws.

Once you install the 1301 Tactical model, you’ll be able to mount four or six shells on the left side of your receiver depending on which specific model you order. For the 1301 Competition, there are three models available. As it has a longer receiver with more space, Mesa makes an eight-shell carrier compatible with that gun. I opted for the six-shell carrier rather than the four-shell model for my gun because, well, why not? I’ll take more rather than less any day assuming there are no downsides. And here, there are no downsides except the additional weight of two extra shells. The carrier is completely out of the way whether you choose the four or six-shell model.

The tension tube is secure enough to hold shells in the base up or base down configuration, so it’s your choice how to orient them. Some folks prefer to reach over the top of the receiver to drop a new shell into the chamber, but if you have an optic, you may want to store them base down to facilitate the “under the receiver” loading method. Most instructors will recommend loading all shells with the same orientation all the time, so in moments of stress, you aren't fumbling with determining up / down / under / under loading decisions. We’ll get into that more in a future article. You’ll notice from the photos that I orient the shells on mine base down. That’s because I’ve mounted an Aimpoint Micro T-2 red dot sight on the rail segment, and it’s faster and easier to load shells from the carrier to the chamber by reaching under the receiver.