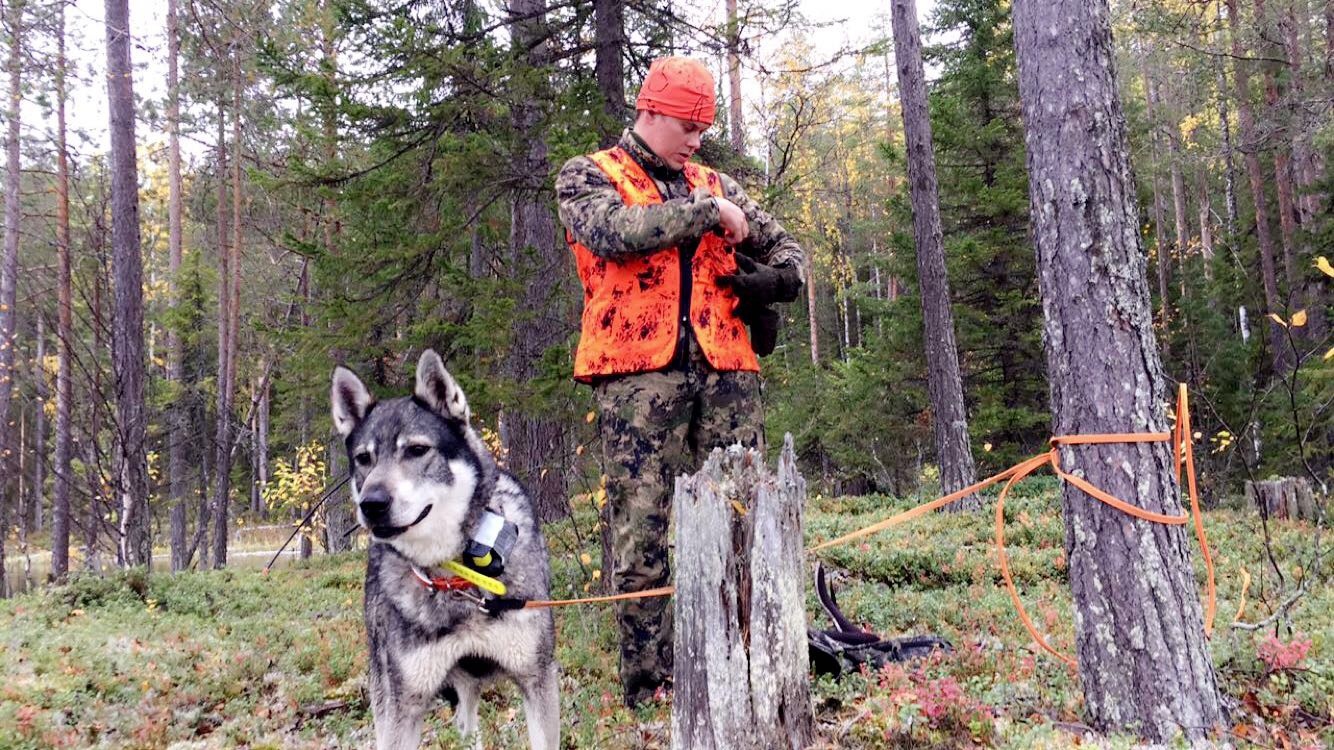 After a long flight, drive, and multiple long sits in the hunting stand, I've fired no shots with the Sako 85. Since the bears seem to be lucky at the stand I've been hunting, it's time to pursue some Russian moose. Plus, it'll be nice to get out in the beautiful Russian wilderness and stretch my legs after sitting for hours, trying to outsmart a bear.

I've spent many a day with my rifle anchored to my shoulder as I pursue game in the woods. This time I'm carrying the Sako 85 Hunter. Weighing in at 4 kilograms, including the Steiner Nighthunter Xtreme 2-10x50 scope, it's a heavy rifle, but it fits solidly on my shoulder. Plus, as I shared in my experience at the range, it's nothing I can't handle. I'm ready to give it a real-world whirl if I get a chance to put down a moose.

This morning we're following Arctoc, and his handler, Marco. The dog is a Swedish Wolfhound. He'll help us hunt the moose. I say, "Help" because a dog doesn't ensure we'll get an animal. It does just that, helps. The agile dog can maneuver through the thick forest and soft, wet, marshy terrain much better than a human. He also has a good nose, which will guide him to animals we can't see through the thick, lush foliage.

Marco releases Arctoc, and his nose goes to work, searching for a moose. The dog trots off into the timber, and we stare at the GPS watching the dog's route. The digital display of the GPS shows the dog's speed, where he goes and when he circles. We wait momentarily letting the dog do his job. Before long, we see his route circling. It appears he's found a moose.

Don't get excited yet because he's five kilometers away. Marco calculates the dog's route, following a moose, and considers a way to get ahead of the two of them. We hop in the truck and hope to make our way to a location nearer to where Arctoc is. The attempt is failed, as the moose and dog have headed further into the timber, away from our route.

Next, we see the trail appear to head toward a nearby lake, and the dog's speed has increased. It seems the moose may have taken to the water. 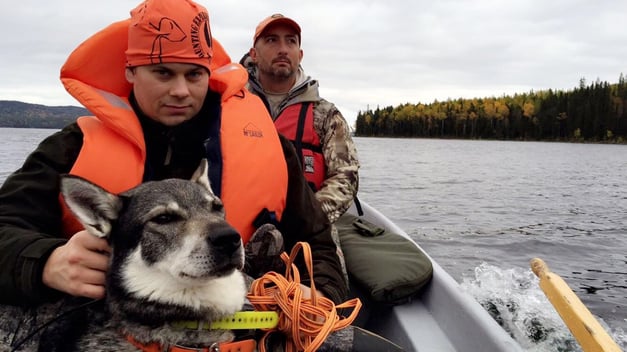 Now we make a plan, not to harvest a moose, but to recover the dog as he's taken off, running. After a boat ride across the lake, we quickly find the happy four-legged one. We head back, have dinner and make a plan for tomorrow's moose hunt.

Our hosts provided fabulous meals throughout our stay. We enjoyed the evening and finally got a good night's sleep because we'd be up early to follow the dogs again.

Sako in hand, we head out in hopes of spying a Russian moose. My guide sets me up alongside an opening in the thick forest. I hear the dog barking through the dense woods. At times it seems to be getting closer, and yet I see nothing but a wall of timber. I hopefully maintain my position as the barking trails off into the distance.

You see, as I mentioned, hunting with a dog doesn't make the harvesting of an animal easy. It only helps. One of our hunting partners, Robert Curtis, editor of Recoil magazine, did get close enough for a shot at that moose. However, it ended up being a cow (female), and only bull (male) moose are legal to shoot.

Another member of our group, Phillip Jones who is the product manager of rifles and ammunition at Beretta, spied the blur of a moose as it moved through that ever thick forest. Not being able to determine the sex of the animal, again no shots fired.

One of my favorite things about hunting is the friends you make along the way. While I knew some of our hunting group before the journey, I did meet several of the "Fabulous Fins" from Sako International. It's enlightening to know how they care for their product as well as their guests and the experience of the hunt. 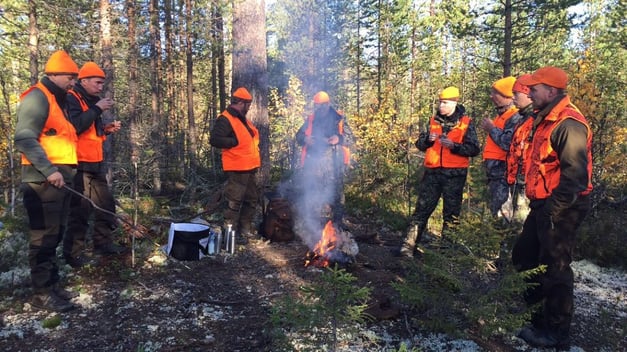 The Paanajärvi Wilderness Center is a fabulous location. Our host, Tanja, made certain we arrived without incident. She is outstanding. With her, we're safe and secure, and also well fed! The chef prepared phenomenal meals with ingredients harvested on site. Plus all of the fish and meat were all harvested locally. How to keep a happy hunter, feed them fresh, delicious meals.

This was an outstanding trip, regardless what animals may or may not have been taken. After all, the hunt is about more that the harvest. This experience is one that'll be in my memories forever.