A Story of Students and Clay Shotguns 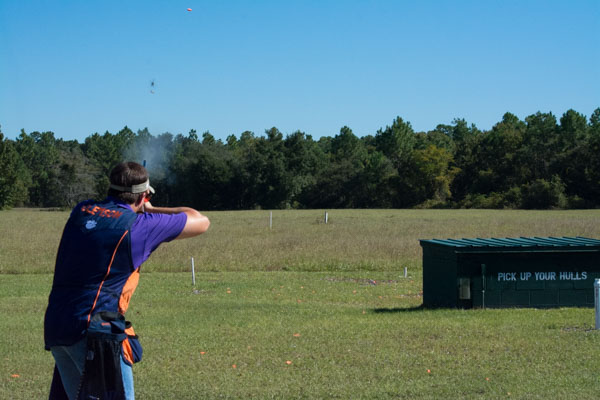 What do you get when you combine 133 college students, from seven colleges with over a quarter of a million dollars worth of competition shotguns?

You get boatloads of clay dust and a lot of smiles.

I just returned from the annual SCTP Florida shoot. SCTP is the Scholastic Clay Target Program. It’s a nationwide initiative for students of all ages, including college, to compete in clay target sports. This particular event is a combined discipline event where each squad shoots 50 targets of skeet, trap and wobble trap. Combined scores determine school team placement, but competitors are also awarded individual honors in each of the three disciplines. 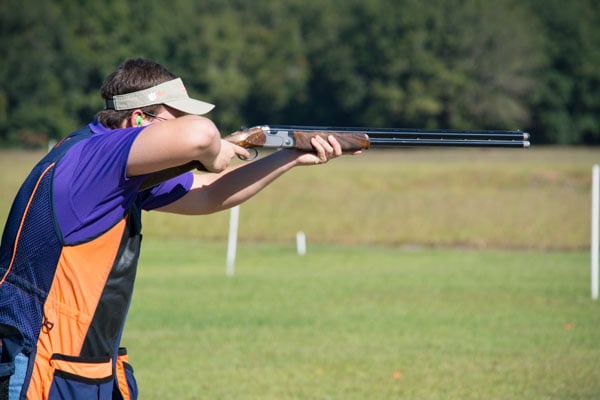 The Clemson squad has taken to naming each other's shotguns. This new 692 Sporting is "Leonidas." a 682 Gold on the same squad is "Maximus Decimus Meridius"

In its fourth year at the Jacksonville Gun Club, host school Jacksonville University arranges the match and logistics (thank you!) and invites participation from a number of southeastern schools with shotgun teams and clubs. As a side note, Jacksonville Gun Club is the oldest shooting club in the United States. Some locals claim that Ponce DeLeon founded the club shortly after stumbling ashore in what’s now known as St. Augustine, Florida in 1513. I'm not so sure... 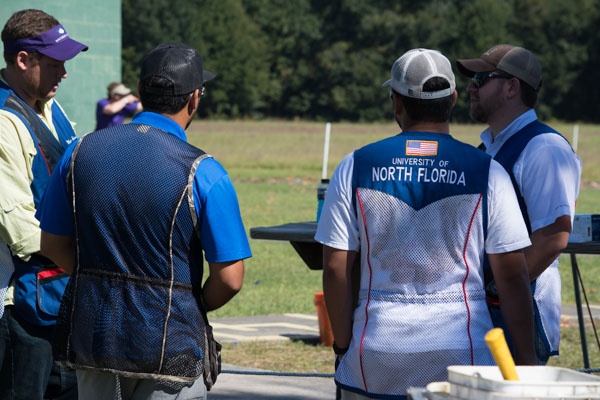 The squad from the University of North Florida strategizes.

Also see: How To Get Started Trap Shooting

You couldn’t ask for a better day. The October Florida weather was beautiful, and there were plenty of shotgun blasts in the air to provide additional ambiance. Add a couple of friendly retriever dogs and 133 motivated and respectful students and the experience was complete. 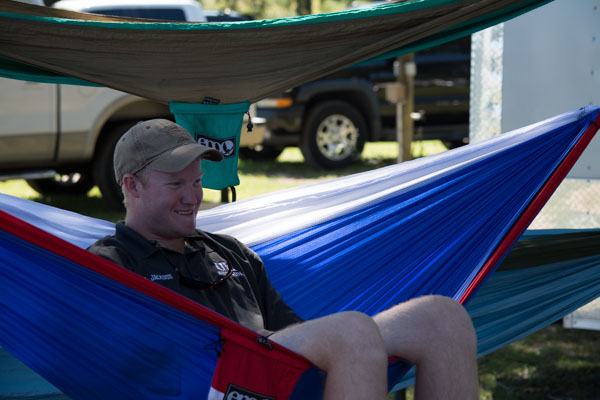 University of Kentucky pre-med student Wil Jackson knows how to calm the nerves before the next round.

You’ll never meet a finer group of competitors. Lounging in a hammock, University of Kentucky Student Wil Jackson called out a hearty “Hello sir!” as I walked by, so I had to stop and chat for a bit. In the photo shown here, he’s catching some quick Zs before his next round. You can tell he’s a senior and has been to this meet several times before. How do you tell? He brought hammocks! Any big clays event is bound to be a mixture of action and waiting while other squads rotate through the course, so he came prepared to await his next round in comfort and style. I know he looks relaxed, but he’s a serious guy. When he gets back to school after the meet, he’ll keep chasing his medical school applications. He just finished the rigorous MCAT test and was looking relaxed. He’s been shooting clay sports since he was eight years old and did all his learning on a Beretta 391. 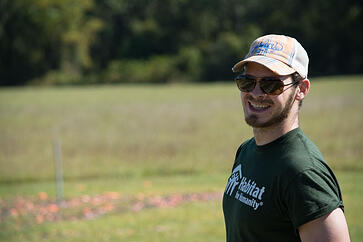 Like most other shooting sports, events like this run on volunteer power. I watched the Clemson Squad A wobble trap round and had the pleasure of meeting one such volunteer, Phillip Rowley. A University of Florida graduate a couple years back, Phillip was one of the founders of Florida’s shotgun competition club. After graduation, he’s now helping the next generation by volunteering at meets for current students. A true pro referee and host, Phillip could not have been more welcoming, and downright fun. Next time you’re at a match of any kind, remember that it’s run by people just like you, me and Phillip who are investing their valuable time to grow the sport they love. Make it a point to chip in yourself. Every match needs volunteers of all types - you don’t need to be an expert of the rules and details in order to help, and more experienced folks will help you learn. 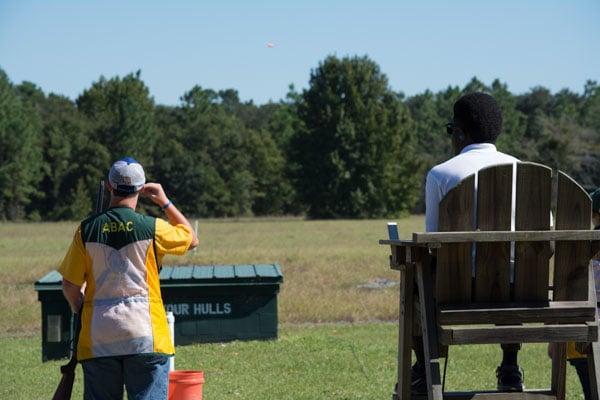 An ABAC shooter starts a round with the traditional "Let's see one."

The day ended with the crew from Emmanuel College taking top honors, Jacksonville University claiming second and the University of Kentucky winding up with third.