Shotgunning’s clay target games are all sports in which young and old can participate and enjoy – for a lifetime. However, to the newcomer, they might be a little bit intimidating. When you show up at the range for the first time, it will probably seem like everyone else knows just what to do and where to go, and you don’t.

To ease that apprehension a bit, let’s look at how a standard American Trap field lays out and how you move through shooting a round of trap.

The machine that throws the targets is called “the trap.” So that’s where the game gets its name. In American Trap, there is one thrower. It oscillates randomly left to right 22 ½ degrees to either side of center. When the shooter calls “pull,” the trap throws a target on one of five flight paths. The elevation and speed of the target are consistent except as affected by wind. 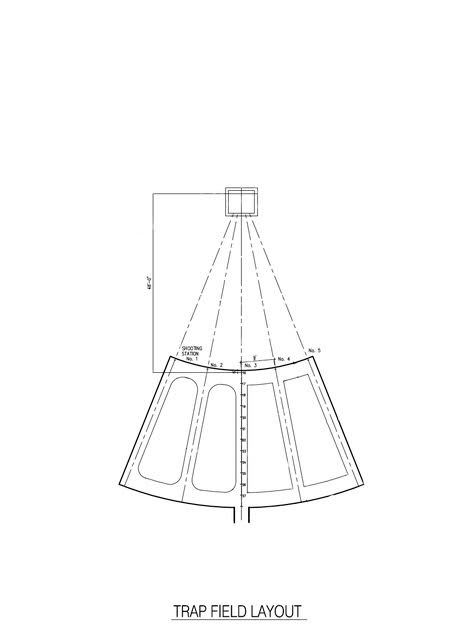 On nearly all trap fields today, you’ll find a portable microphone at each station. It’s there to capture your voice when you call “pull,” and tell a computer to cue the trap to launch a target. A scorekeeper, also called a “trapper” is positioned in an elevated seat (sort of like a lifeguard’s chair) behind the line of shooters.

That’s all there is to the basic trap field layout.

Moving Through a Round of Trap

Five shooters (called a “squad”) move to the firing line at once. Each one goes to a shooting station carrying at least 25 shells with them.

The shooter on station 1 is Shooter 1. He or she looks down the line to see the other shooters are in position, then says, “Squad ready?” The rest of the shooters verify they are set with a nod or a “yes.”

Then Shooter 1 says, “Trapper ready?” and the scorekeeper verifies he or she is ready.

Finally, Shooter 1 says, “May we see one please?” and the scorer throws a target for everyone to see to verify the trap is working and ready.

After Shooter 5 shoots, Shooter 1 repeats, and on down the line.

It goes this way until all five shooters have taken five shots from their starting station. Then the scorer says, “CHANGE!” and reads out the score of each shooter beginning with Shooter 1.

With guns unloaded and actions open, the shooters all move one station to the right, and Shooter 5 – barrel pointed in a safe direction – walks behind the line to station 1.

Once Shooter 1 who is now on station 2 sees everyone is safely in position and ready, he or she loads, preps, calls, and shoots. Then Shooter 2 now on station 3, does the same, and so forth. Once each shooter has fired five shots from their current stations, and the scorer calls, “Change!” all shooters move one station to the right, and Shooter 4 leaves station 5 to advance to station 1. Again the scorer reads the score of each shooter beginning with Shooter 1.

Shooter 1, now on station 3 sees everyone is ready on their new station …and so forth … and so forth.

This goes on until each shooter has fired five shots at each of the five stations, and that completes a “round” which includes 25 shots … which conveniently equals one box of shells!

So wasn’t that easy? It actually sounds a lot more complicated than it is. Just follow the lead of the more experienced shooters and you’ll catch on quickly to the flow.

Again, the most important rule to remember is to ALWAYS KEEP YOUR GUN UNLOADED WITH THE ACTION OPEN UNTIL IT’S YOUR TURN TO SHOOT! That goes for the firing line or anywhere on the grounds of the club.

The next most important rule is to relax and have fun!