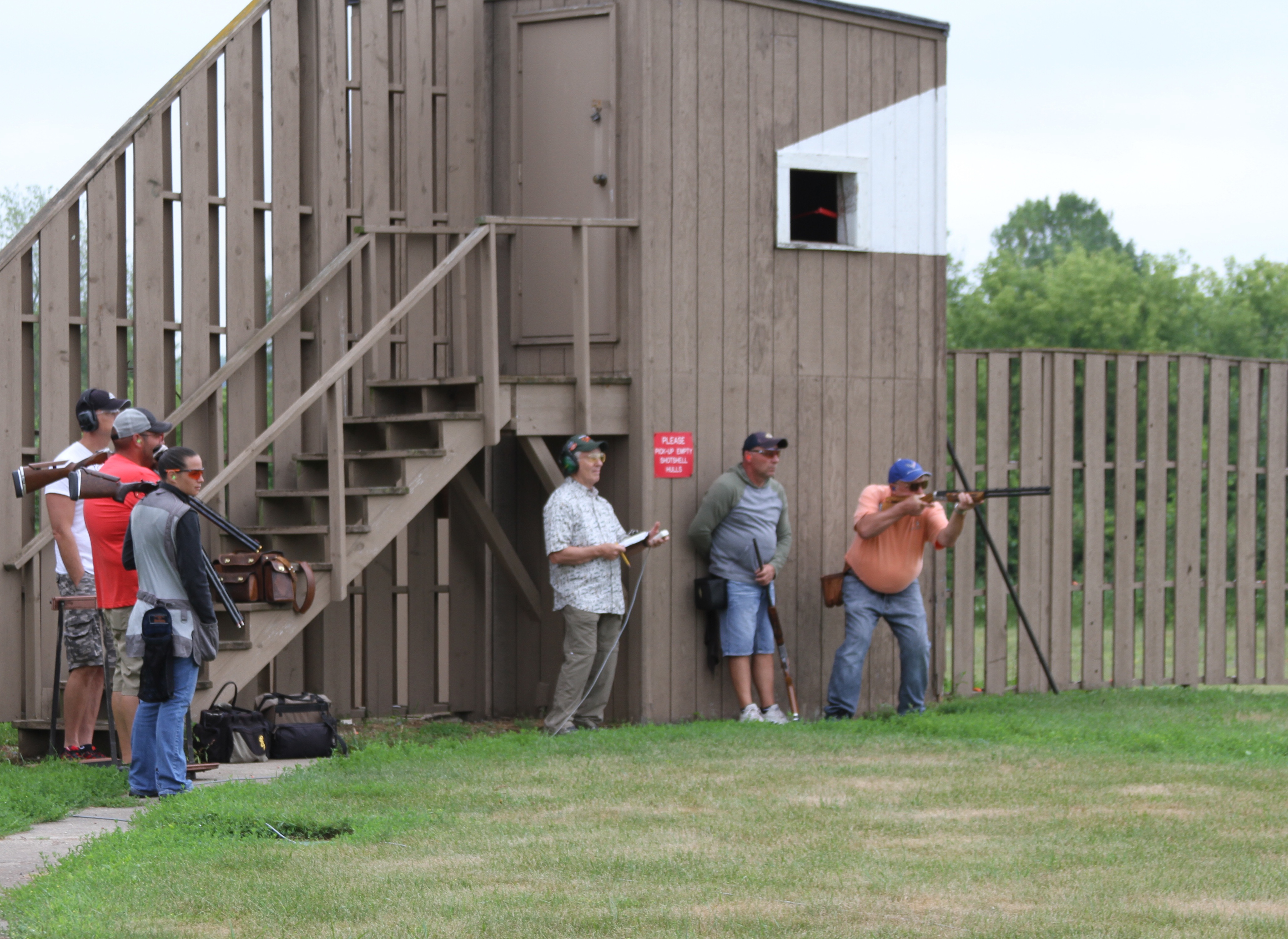 A quiet skeet field, where the new student and a competent coach can work together uninterrupted, is the best tool for teaching wingshooting skills. The flight of each target is the same, so it eliminates the variable of the new shooter having to figure out where to look.

Low seven is a straightaway launched just a few feet from the shooter. It can be learned quickly and is a great confidence builder. This is really important when working with a new shooter whom you had to convince to give shotgun shooting a try. They need some near-instant success to build enthusiasm quickly and the realization, “Yes, I can do this!”

Beyond instruction, skeet is a tremendous shotgunning game in its own right. It was, after all, invented by a couple of guys who were looking to up their ruffed grouse shooting skills by replicating the shots they commonly encountered in the field. However, if you want to try a formal round of skeet or take the next step to shoot National Skeet Shooting Association (NSSA) registered targets, you need an understanding of the field layout and how a round is conducted.

One thing skeet is not is the generic term for clay target shooting. Somehow Hollywood or the mass media started calling any game in which clay targets are shot “skeet shooting” and even the individual targets “skeets.” This is NOT correct, and you’ll get strange looks in the shooting world if you phrase it that way.

A skeet field is built on a half circle. Thinking of it as a half clock face. 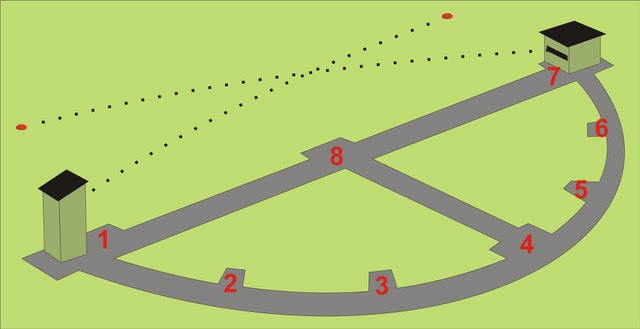 Station 1 (the first position from which you shoot) is at 9 o’clock. There are shooting stations, which are normally concrete squares, positioned at 8, 7, 6, 5, 4, and 3 o’clock. Since you move counterclockwise around the field, these represent Stations 2, 3, 4, 5, 6, and 7 respectively. There’s also a shooting station at the center point of the circle. On a clock face, it’s where the hands would be attached. That’s Station 8.

Just beside Stations 1 and 7 (9 o’clock and 3 o’clock) are two fixed trap machines. The flight line of the targets they throw is consistent for both angle and elevation. The flight paths are angled slightly down range so they cross about 6 yards beyond Station 8 toward what would be 12 o’clock on the invisible clock face.

The trap behind Station 1 is up in a tower 10 feet tall, so it throws the target over the shooter’s head to a height of 15 feet at that crossing point (called the center post). This trap is called the “high house.” The trap beside and behind Station 7 is at ground level but angled upward to also throw its target to a height of 15 feet at the center post. You probably guessed – it’s called the “low house.”

That’s it. It reads way more complicated than it is, and as soon as you walk onto a skeet field and see a couple of targets thrown, you’ll understand the layout.

Shooting a Round of Skeet

A round of skeet consists of 25 shots fired by each shooter in a squad. The normal squad is five shooters but can be as large as six by the rules. If the gun club’s not busy, you might shoot in a short-squad which is anything less than five shooters.

Skeet is very much a social game because only one shooter at a time steps into a firing position. The rest of the shooters in the squad are to wait behind the shooter and out of his/her sight as not to be a distraction. However, quiet conversation is permitted.

On Station 1, the first shot is at a target launched from the high house above the shooter’s head. You prepare, call “pull,” and take the shot.

The second shot on Station 1 is at a target launched from the low house coming toward you. You prepare, call “pull,” and take the shot.

The third and fourth shots on Station 1 are at both targets launched simultaneously as a double. You prepare by loading two shells in your gun, then call “pull” and take your first shot at the outgoing bird (high house) and your second shot at the incoming bird (low house).

That completes your turn on Station 1. After all shooters do the same thing at Station 1, the squad moves to Station 2 and repeats this procedure. The original first shooter on Station 1 always takes his/her turn first at each station, followed by the second shooter, then the third, etc.

After all shooters complete Stations 1 through 7, it’s time for the squad to move out to Station 8. It’s a little bit different because there’s an A and B at Station 8. On 8A you stand facing the high house with the rest of the squad behind you. You call for the target and you must shoot it before it passes overhead. This rule is obviously for safety, but it also makes for a very challenging shot.

Once the entire squad shoots on 8A, you turn around to face the low house, which is 8B. Again you prepare, call “pull,” and shoot this target before it passes overhead. The rest of the squad follows.

Have you been paying attention?

On both Stations 1 and 2, four shots are taken making eight.

On both Stations 6 and 7, four shots are taken for another eight.

On Stations 8A and 8B, one shot each is taken making two.

In skeet, that 25th shot is called the “option.” It’s used in one of two ways. You either immediately repeat the very first shot you missed in the round (even if it’s half of a double), or if you’ve scored on all of the first 24 birds, you shoot a second target thrown from the low house on Station 8B. That makes 25!

Again, the most important rule to remember is ALWAYS KEEP YOUR GUN UNLOADED WITH THE ACTION OPEN UNTIL IT’S YOUR TURN TO SHOOT! That goes for the firing line or anywhere on the grounds of the club.

The next most important rule is to relax and have fun! Don’t worry if this all sounds complicated. It’s really not. The scorer … and the experienced shooters in your squad … will all gladly guide you through your first rounds. I think you will find them welcoming, friendly people who know new shooters are critical to keeping the shooting sports vibrant.

After all, every world champion skeet shooter shot a first round, too!