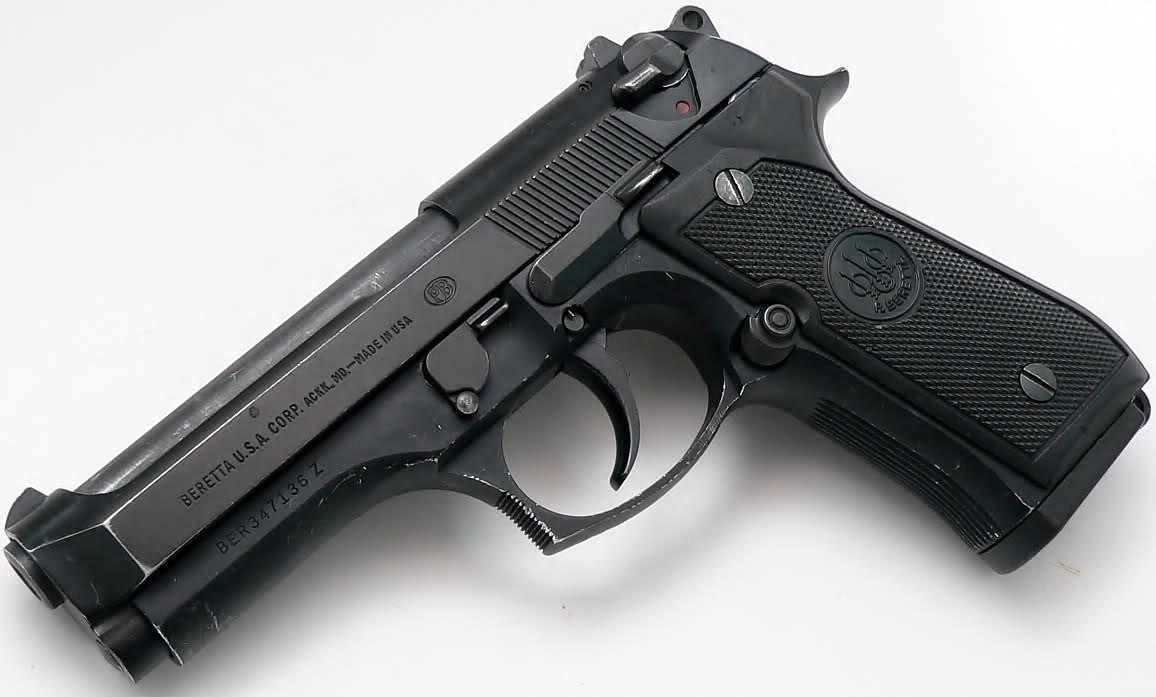 Most of my friends enjoy shooting, and when they are not on the range, they are probably talking about their favorite sport in one way or another.  I think once you start shooting, it gets in your blood, becomes part of who you are and never quite goes away.  My affliction started when I was just a young boy, and I’ve been hooked ever since.  My first rifle was a semi-auto .22LR.  My first handgun was a Beretta 92F.  The rifle was a tool to me; it went wherever I went (I spent almost all of my time trekking through the woods close to my home).  I remember the rifle for the memories that I made while carrying it.  My Beretta 92 left a different sort of impression.  If anyone could be said to be in love with an object, this gun held my affection.

I can recall the first time I held a Beretta 92.  My brother brought one home when he returned from his time in the army.  I was immediately in awe.  It was beautiful.  The graceful lines of the open slide, the beauty of the all black, Bruniton finish, even the Beretta logo on the grip made it appear as a functional work of art.  The slide was as smooth as glass, and the trigger pull, although long, felt smooth and predictable.  To me, this was the perfect handgun.  So it was no surprise when I purchased my first handgun, this was the one I chose.

Also read: A Beretta 92 and the Sounds of Silencer

That handgun went with me almost everywhere, and when I entered law enforcement in 1988, it became my carry gun except when on duty.  At the time, my department mandated that we carry revolvers while on duty.  When they first started allowing semi-auto’s, the Beretta found it’s way to my side.  Through all of my recreational shooting and all of the qualifications with the department, I never experienced a single malfunction with it.  Though I learned to shoot well with a variety of handguns, this was the one that I was most comfortable and could shoot most accurately.

I eventually had to sell my Beretta.  When you get married and have children…well, you sometimes have to make sacrifices.  I don’t regret it.  I’d make the same choice today.  But it was a personal loss to me.  I vowed that I’d eventually get another.

About a month ago, I was browsing the classifieds online and came across a good deal on a Beretta 96 Centurion.  The fond memories took hold of me, and I bought it.  When my FFL called and said that my Beretta had arrived, I rushed over in eager anticipation.  He dropped the magazine and locked the slide to the rear before handing it to me.  It was like a reunion with an old friend.  I wrapped my hand around the grip and it felt…perfect.  I brought it up and pointed to a target, and the sights lined up naturally.  Yes, this was how a handgun I supposed to feel.

For those not familiar with the Centurion model, it is essentially a full-size frame with a compact upper slide assembly.  Functionally, it feels and works exactly the same as the full-size handgun except for a slight difference in balance – a difference that I found more pleasing.  My first reaction was to head to the range and get re-acquainted.  This particular gun was in excellent shape but showed some signs of wear to the finish in all of the common points.  The night sights had also quit functioning.  I decided to put off the reunion and have it sent off and Ceracoated to resemble the original finish.  It was returned a short time later looking almost as if it just arrived from the Beretta factory.

I’ve not had the sights replaced yet.  I’m still trying to decide which option I want to choose.  I can send the slide off and have the night sights re-installed, or I can have the front of the slide cut and install the XS Big Dot sights.  I’m leaning toward the latter.  I have those on another gun of mine and find them to be excellent.

So how does it shoot?

Let’s just say that I’ve fallen in love again.  I own three Beretta PX4 handguns (C, G, and F versions), and I think they are great.  But there’s just something about the 90 series that still holds sway over my emotions.  This gun isn’t going to get away from me.  It functions flawlessly, points naturally and shoots exactly where aimed.  What more could one ask for a handgun?  And it does all of this while still looking like a work of art calling to me - wanting to be admired.  I loved the full size, but I think I am even more attracted to the Centurion’s balance and look.

If you’ve not shot a 90 series handgun, I would encourage you to discover one of the greatest designs in handgun history.  Whether you buy a new model or pick up an older one – a full-size, compact, or Centurion - you won’t be disappointed.  I will warn you though…once you hold it, you’re not going to want to put it down.