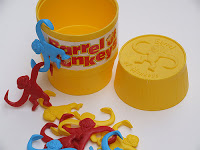 I don’t think I’ve been to a single gun shop in my life that did not have an example of a blown barrel. Now the advent of YouTube has provided a fertile resource for the curious to watch as people blow up their guns either through ignorance or happenstance. While it does make an interesting conversation piece -- having a barrel on display peeled back like a banana -- blowing up your barrel is no laughing matter and poses serious risk of injury to the shooter and bystanders.
Blown barrels are rarely due to defect on the part of the barrel: the usual culprit would be an obstruction, although I would not rule out poorly crafted reloads in some cases. Obstructions come in a variety of forms, but commonly it is something left over from cleaning the gun, like a small patch, or piece of one.

Be sure to inspect your barrel after cleaning and before taking the gun to the range or blind. When afield, take special care to keep the muzzle off the ground, and if you drop the gun be sure to unload it and inspect the bore before carrying on with your hunt.
A little caution and due diligence goes a long way to keeping you safe while you spend time with your firearms. Happy and safe shooting.