Concealed Carry Equipment Is Important, But… 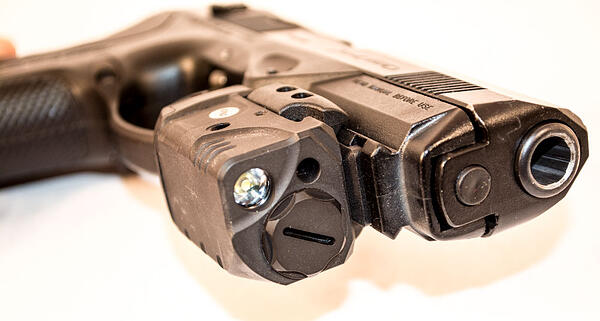 I like crazes. They are fun to watch. It is interesting how many trends are driven by a desire to be “cool.” And quite often in the world of firearms, being cool means having the latest gear, the right firearm, and knowing all about the latest items coming off of the assembly lines. I’ve witnesses a number of crazes in firearms community during the last few decades. Some have stayed, others have faded away. I’m still waiting to see if the “Tactical” phase remains. It seems that everything is tactical these days. A good friend of mine likes to say that a company could double its sales of jock straps if it just calls them tactical jock straps. I laugh every time I think about it, but there’s truth in it.

All of these trends don’t bother me much. As I said, they are amusing.

I recall going to the police range one day wearing my hat, glasses and something unusual - shooting gloves. My fellow students chuckled, and one of the senior firearms instructors actually pointed out the fact that I was wearing them and made fun of me for doing so. “You’re not going to have those when on duty, son,” he declared in a loud voice. I was unmoved, and replied that may be true, but I was also not going to fire 300-400 rounds in a couple of hours while on duty either. When we finished shooting, I was fortunate enough to earn the top marksman award for our class against some pretty good competition. And before we finished the week, quite a number of my fellow students were on the range with…you guessed it…shooting gloves.

It was as if the gloves made the difference.

I have a good friend start shooting recently. He had never shot a gun before and wanted some instruction on how to properly and safely shoot. A week later, he showed me his new handgun and started telling me of all of the things he was planning to do to it to make it better. I just smiled. There’s nothing wrong with any of these modifications, but I asked why he was doing them. The answer was pretty common: because they would make the gun better. When I asked if there was a problem with the gun as it was, he said no.

In my friend’s defense, he had taken the initial instruction provided and advanced rapidly in his gun-handling abilities. He’s a fine shot now. But very little of that has anything to do with the equipment. That is a result of his ability and his willingness to practice and improve.

I don’t want you to get the impression that I’m against modifying your weapon of choice. In fact, let me cover two of my personal preferences:

I use a number of different sights on my guns. I’ve got XS Big dot sights on one, TruGlo sights on another, and others retain their perfectly good, factory sights. Though I can shoot with any sight, I have grown to prefer the two mentioned. They provide instant viewing of the front site for quick, accurate shots. I always want this on my self-defense carry guns. 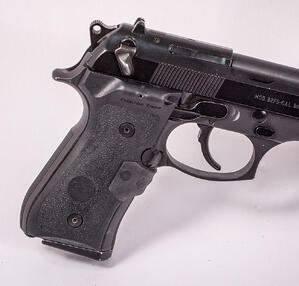 Yep, I have lasers on my carry guns. I believe the laser sight gives you added flexibility that no other add-on accessory can match. My personal favorite is Crimson Trace Lasergrips, since they offer instant, thoughtless activation and repeatable accuracy. (Note: I am still waiting for Crimson Trace to add the “tactical” Star Wars laser sounds as an option.)

Now that I’ve covered a few add-ons let me tell you one thing that I will never change on my carry guns.

Trigger assemblies and / or trigger pull

I realize that everyone likes to have a smooth, clean trigger. I do as well. I read about people installing light trigger springs and modifying their triggers to make them easier. These are great on a competition gun, but when I’m carrying a gun for use in self-defense, I don’t want to modify the trigger. It’s a liability issue. Sure, you may be able to fend off some slimy lawyer arguing that you intentionally created a hair trigger, but is it worth the hassle… and the risk?

Keep in mind that the loss of manual dexterity in a real shooting situation is something that you’ll likely have to deal with. You’ll not be able to feel or hear much, as your fine motor skills fade and you are only left with crude, major muscle control.

There are a number of carry guns with great triggers from the factory. In fact, it is one thing that Beretta has a reputation for. If you get the chance to shoot a double action only Beretta - especially one that has been shot a lot - you’ll see what a quality trigger pull should be.

So what are the keys?

Find the firearm that is comfortable in your hand, doesn’t have too much recoil for you to handle, and that is 100% reliable! These are the equipment needs, and it’s all you need. Don’t worry about what’s trendy or what type of gun is on the range the most. What others are doing doesn’t matter; find one that fits YOU. After that if you’d like to add better sights and / or a laser, go ahead.

Once you’ve got the gun of your choice, forget buying accessories (other than a good holster for carry). Spend all of your money on ammunition and range time. The more you practice, the better you will be. Additionally, the skills you learn with your primary gun will readily transfer to other ones. You never know when or where those skills may be required.

Lastly, if you’re just starting out or if you’ve never received professional instruction, hire a good one; it is money well spent up front. I can’t tell you how many students practice bad habits over and over until they become second-nature to them. Then when they finally receive professional instruction, they have to fight against what they have taught themselves over many years. (Yes, I was laughed at for a Don Johnson Miami Vice move when clearing a building in training one time, but that’s another…er…embarrassing story. Those SWAT guys are merciless.)