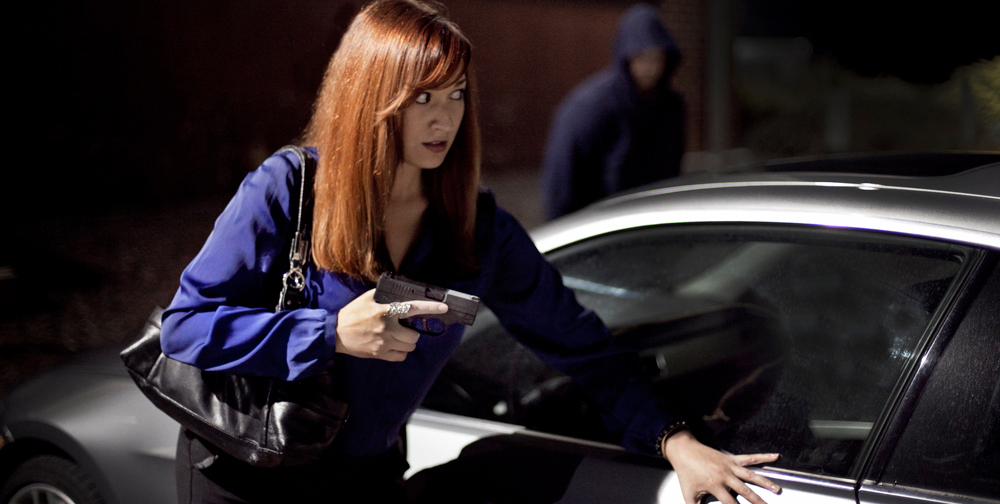 Guns are mechanical devices that propel aimed projectiles with more force than you could accurately throw a rock. They are designed for different tasks and, in concert with various types of ammunition, can effectively stop dangerous criminal acts. Guns are effective tools. They are used by police officers as self-defense tools. When law enforcement officers have to apprehend someone, or go after criminals, they take pistols, rifles, and shotguns. Their sidearm, thought, is personal and almost always backed up by another gun (or guns) you can’t see.

“Civilians that choose to protect themselves need no less than what the police carry for their personal defense equipment. Guns prevent an estimated 2.5 million crimes a year or 6,849 every day. Often the gun is never fired, and no blood (including the criminal’s) is shed." Source: Targeting Guns, Dr. Gary Kleck, Criminologist, Florida State University, Aldine, 1997”

Deciding to carry a concealed firearm does bring with it great responsibility. As a law-abiding citizen, you must consider how you will secure the firearm when carrying it. You must learn the laws where you reside. You must learn when and how to use the firearm you are carrying. It goes beyond basic marksmanship and safe gun handling. A concealed carry holder should understand terms like “reasonable man,” and “use of force” that will come up in court if and when you have to use your firearm. That knowledge, or that lack there of, will either exonerate you in court or lead to your conviction, even after you’ve survived what could have been a lethal encounter. Yet the courts’ decisions, for many of us, are not the last judgments we will face. We have to answer to others, and ourselves. This is an extremely personal decision. It will test your understanding of Holy law, or your own moral code. As for me, I believe God has prepared me to act in accordance to my abilities and training.

The ultimate question for someone considering carrying a concealed firearm will always remain unanswered until it is tested. Could you shoot another human being if you or someone you love was being physically harmed? This question isn’t just for a citizen that is considering carrying a gun for personal defense either. This question comes up on the battlefield with military personnel, and with law enforcement officers. It is extremely personal and is based on your moral and core values. What does your gut tell you?

One of the differences between citizen law enforcement officers and an armed citizenry is that police officers have a sworn duty to go into bad situations and the rest of us do not. Carrying a concealed gun is a survival option. You can get through life and never carry a gun. In all the states that allow citizens the opportunity to carry, only one in four citizens does. That ratio is sufficient enough to deter an unknown number of crimes. Criminals prefer unarmed victims. After passing their concealed carry law, Florida's homicide rate fell from 36% above the national average to 4% below, and that rate remains below the national average (2005). Source: Shall issue: the new wave of concealed handgun permit laws, Cramer C and Kopel D. Golden CO: Independence Institute Issue Paper. October 17, 1994

The act of carrying a firearm for self-defense does not mean you will have to kill a person when are attacked or confronted. The mere presentation of a firearm has been known to stop the attack. Simply having a firearm, and adequate training for how to handle hazardous situations can help you survive a potentially deadly encounter.

In the rare instance you would have to use your sidearm to protect your life or prevent serious bodily harm or rape, the death of your attacker is not a guarantee. Shooting a person does not guarantee death. Each circumstance is different. A person that has been previously shot, or that is under the influence of alcohol or drugs, may not act as if they have been shot. They may continue to advance until the body succumbs from the damage inflicted.

History and data have shown that having a gun will deter criminals.

These same criminals may test your martial arts skills. They may be angered by your chemical spray, and be able to fight you although you delivered it technically accurately. Few criminals will tempt the effectiveness of well-placed bullets. Sometimes, making them think twice about their actions is enough.