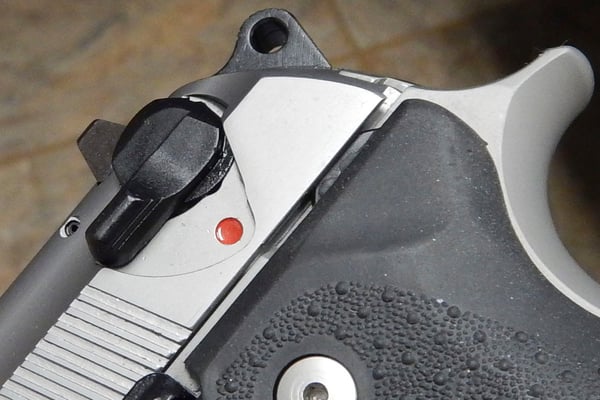 Just after I graduated from college, I found out that a friend I’d known forever was carrying a revolver. Carrying might be too generous a term. It was in the glove compartment of his pickup truck, and he didn’t have a permit.

Looking back now, there are a lot of reasons I should have pushed back on his practices. He always left the gun in his truck. He didn’t have a permit. He wasn’t even a resident, on paper, of the state where we lived.

Yet there was something else that always bothered me. The 5-shot .357 only ever had four rounds in the cylinder. He carried it staged so that the first trigger pull would drop the hammer on the one empty chamber.

His logic was clear enough. He understood that the gun wasn’t on him. He didn’t have constant possession of it. That seemed reasonable enough to him. And if the gun was going to be used against him, he figured it would be best if it didn’t fire on the first trigger pull. That, he argued, would give him an advantage.

Keep in mind that we were both young. From where I sit now, looking back, this is a ludicrous concept. I can’t conceive of a scenario in which a mugger or car thief would pull the trigger only once.

Is there a logical reason for carrying this way? I’m asking.

Carrying concealed handguns has generated a distinct set of jargon. How people carry is often broken down into these classifications:

This is an empty gun. No round in the chamber. No magazine inserted. The hammer, if there is one, is down.

Functionally, a handgun in condition four is still threatening. Drawing it, in some situations, constitutes use of a deadly weapon.

The chamber is empty, but there is a loaded magazine in the gun. The hammer is still down.

Pistols are carried in a similar fashion every day. Some call it “Israeli Carry.” Your magazine is loaded with rounds, but there is no round in the chamber. In order to make the gun fire, the slide must be racked.

I’ve heard numerous justifications for this. The first is the one I mentioned above. If some unsuspecting thief steals the gun, he won’t be able to use it without doing some fast problem solving.

The second has to do with kids. I’ve heard parents argue that they can carry this way more confidently, as they know that small children may not know how to (or be able to) rack a slide.

This is a common practice for off-body-carry, but I’d argue against it for concealed carry.

The gun has a loaded magazine and a round in the chamber. The hammer, though, is not cocked.

This makes more sense for those who carry single-action pistols. A 1911 or Beretta classic single action that is not cocked won’t fire.

Condition two adds that one small moment of thought before the gun is free to fire. That hammer has to come back in order to fall forward.

There’s a round in the chamber, a magazine in the gun, and the hammer is cocked. Safeties, though (maybe just one) prevent the gun from firing.

Condition one is the old cocked-and-locked. This is a very popular way to stage rifles and handguns.

Ready to fire with the pull of a trigger.

Many of the guns people in this country carry concealed are built to be carried in this manner. When a threat arises that requires an immediate armed response, you can draw, aim, and fire without having to factor in other steps.

Does this make a firearm inherently more dangerous? Maybe. Maybe not. I carry every day. My carry guns do not have external safeties. As such, I’m very careful about how I handle them, how I holster them, and how I store them when they’re not directly under my control.

When I help new shooters train, I walk them through these options. I always recommend condition zero for concealed carry. If time is not on your side, which it rarely is in a defensive shooting scenario, condition zero offers immediacy.

No matter which version you choose, you must train. My friend with the old .357 trained with his weird cylinder pattern theory. He’d draw and fire twice, fast. Click-bang.

In the end, though, it didn’t much matter. Less than a year after he started keeping the gun in his truck, someone stole his truck. We lived together at the time, in a rented house in a quiet suburb, and poof—gone.

The gun went with it. Even though he’d been carrying the gun without a permit, he reported it stolen with the truck. The cop writing the report sighed deeply and rolled his eyes.

“Don’t worry,” I wanted to tell the cop. “There’s not one in the chamber.”