Do You Need Two-strike Capability In Your Pistol? 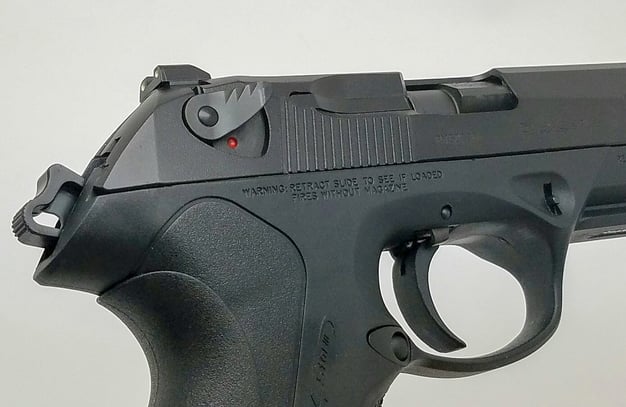 I think some issues, preferences, and beliefs just get passed around the gun community with few stopping to consider and evaluate what they really mean. You know, things like “The batteries will just run out of your laser or light when you need it most!” Or maybe, “It only takes one .45 ACP bullet to end a fight.” You know the drill and have probably heard dozens of such nuggets of wisdom passed down.

Also see: How to Deal with Handgun Malfunctions

One that resurfaced recently was in the form of a question. A comment in an article about a new pistol was simply this. “Does it have second-strike capability?”

The sounds innocuous enough, right? It’s just a feature question like dozens of others a prospective buyer might ask. Is it any different than, “Does it have a manual safety?” Or perhaps, “Does it have a magazine disconnect which prevents firing when the mag is removed?”

I think there’s a lot more to the question of second-strike capability than meets the eye. First, let’s define the term. If you press the trigger and hear a click instead of a bang, will the pistol allow you to simply press the trigger again to give it another shot? If you're paying attention, you might appreciate that magnificently lame pun.

To further clarify, pistols like the standard double-action and double-action only models of the 92FS, M9, and PX4 series do have two-strike capability due to the nature of… double-action. Each press of the trigger does two things, hence the term "double." It cocks the hammer and then releases it. Models like the Beretta APX are striker-fired, so there’s no hammer. These do not have second-strike capability due to the nature of how striker-fired guns cock. One or the other isn’t right or wrong; they’re just different - kind of like manual and automatic transmissions in cars.

The underlying assumptions behind the second-strike issue are that there was a live round in the chamber, the gun and its firing pin functioned as designed, but the cartridge didn’t ignite. That can sometimes happen if a cartridge primer is hard or defective. It can also happen for a trillion other reasons including incorrect headspace, a broken or defective firing pin, the gun not being fully in battery, or weak springs. And that’s just the starting list. There could be many, many reasons why something goes wrong that result in the loudest sound in the known universe - a click instead of a bang.

If someone wants their gun to have second-strike capability, then we can reasonably assume that they think the cartridge just needs another hit to ignite. If the cause of the click is anything other than some microscopic anomaly in the cartridge primer, a second strike isn’t going to do anything. Sure, it’s possible that is a gun is ever so slightly out of battery, meaning not fully closed, then a second manipulation of the trigger just might, and I mean might rearrange parts enough to get back to a functioning condition. That’s a long shot. So, for practical purposes, we’re assuming that the cartridge is defective, so second-strike capability is a valuable feature to get another whack at setting it off.

Let’s talk about that for a second. If you’re using your gun for carry or home defense, then you’d better be using premium self-defense ammunition in it. It may cost you a buck per round, but you’re not going to be using very much of it. A box or two is all you need depending on your gun’s capacity. Of course, that’s after you shot enough of it to verify that your choice of self-defense ammunition and gun play nicely together and are utterly reliable. After that, however, you might only change out your carry ammo for fresh every year or so.

There are lots of reasons to use quality self-defense ammo only for self-defense, but one of the big ones is that you’re purchasing reliability. That dollar per round is buying you the best primer, cartridge case, powder, and bullet combination. It’s also buying you extra care in the manufacturing process followed by extra-careful inspection. The purpose of premium self-defense ammunition is to save your life, so it’s made well. Exceptionally well.

How good is it? In all the shooting I’ve done over the past 15-20 years, I’m not sure that I have had one quality self-defense round fail to ignite. Let’s be generous and call it one. I really can’t remember because it’s such a rare problem, assuming you’re using good ammo in a decent gun. Just to be clear, if you’re shooting bulk, surplus, or reloaded ammo, you’re going to get a higher failure rate than my personal experience of near statistically zero for premium stuff. But, you’re not using cheap bulk ammo, surplus, or reloaded ammo for self-defense, are you? Right?

Anyway, the way I see it is that second-strike capability is a solution in search of a problem. It does nothing to address any of the other causes of a failure to fire and good ammo very, very, very rarely fails to fire because a primer needs another hit. If you're worried about the one in however many hundreds of thousands of rounds not going off at the exact wrong moment, you also ought to worry about a forgotten piece of Sputnik one landing on your car just as you're in the process of being late for work.

Worse yet, relying on second-strike capability, it might just foster bad and dangerous habits. My opinion is that if I hear a click instead of a bang in my semi-automatic, my best move and investment of limited time is to immediately perform a tap-rack-evaluate drill and try again. That clears the original cartridge, inserts a new one, and resets the cocked status of the gun. Those actions “refresh” a whole lot more than just hitting the primer again so the odds of successful resolution go way up. Earlier this year, Dick Jones wrote a great article about the importance of developing the tap-rack scenario as a conditioned response. It also teaches you exactly how to do it.

But what about revolvers you say? That’s a whole different story. When you press the trigger again on a revolver, you ARE bypassing the bad cartridge and lining up a new one, which is exactly what you’re doing with a tap, rack, evaluate drill with a semi-automatic. So that's exactly why I don't give a hoot whether my guns have second-strike capability or not. I choose the action type based on other factors.

The bottom line? Train to tap-rack-refresh if and when you hear a click (or nothing) instead of a bang. It’s a little slower than pressing the trigger again but a whole lot more effective.