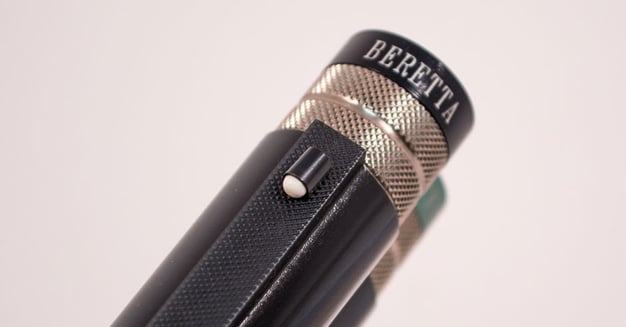 To make a bicycle turn at speed, you must make it lean first. Most people think they do this by shifting their weight, but that isn’t what happens. To make the bike lean to the right, you exert a slight pressure to the left, which makes the bike lean to the right. Then you adjust slightly to maintain the lean angle until the turn is completed. At the end of the direction change, you turn the handlebars slightly right, which lifts the bike back to vertical again.

If you disagree with me as you read this, find a bicycle or motorcycle, get on, and try it. You can’t turn a bike or motorcycle at speed to the right by turning the bars to the right; you have to lean the bike first by a slight turn left. The reason most people don’t agree is that it’s something they learned without verbalizing it. The ability to break things down and verbalize them is what allows a good instructor to convey how to do anything.

Further, once we learn to do something, we forget the process completely. Our brains work like a computer, or perhaps vice versa. Once completing a task becomes a conditioned response, there’s no reason for the brain to maintain the file of how it’s done and that file is deleted. This is why a person can be an excellent shooter, but a terrible instructor. They’ve forgotten the process because they don’t have to think about it. As a result, really good shooters constantly tell beginning shooters things that are either not at all helpful or totally wrong.

In a recent web thread on whether a wingshooter should see the shotgun barrel and shotgun bead, one response was, “Once I call pull, the only thing in the world is the target.” Another posted, “See bead... miss bird. See bird... break bird.” While responses in that thread varied from seeing the barrels and bead to not even being aware the barrel and bead were there, the general consensus was that wingshooters should only be vaguely aware of the barrel and bead. I disagree and feel telling any new shooter this is likely to impede his or her progress in learning.

There’s a reason shotgun fit is so important to wingshooting success. Even those who claim they never see the barrel, rib, or bead stress the value of the stock fit and therein is why seeing the barrels, rib, and bead are important. By nature, successful wingshooting occurs in a very short time window. The optimum period of time for the shot is limited because the target or bird is moving fast. The most accurate method of aligning a shotgun with a target is with the same sighting systems we use on rifles, but the short time limit makes this impractical. Turkey hunters have more time because they’re shooting a stationary target and they often use iron sights, reflex sights, and even scopes to be sure of a hit.

Wingshooters generally have a rib and a front bead to help with alignment, but no rear sight. Accurate alignment is possible only because the position of the shooter’s head replaces the rear sight and this is why stock fit is so important. Proper stock fit assures the shooter is looking straight down the barrel over the rib and front bead - provided a proper gun mount is achieved.

If it were possible to completely ignore the barrel and bead, there would be no need for a rib or bead. It’s certainly true that a wingshooter must focus and concentrate on the target, but that focus must have a reference point. I know shooters who can shoot a clean round of skeet when shooting from the hip, but this ability is extremely rare, and if the gun was somehow completely blocked from their peripheral vision, I’ll bet they’d have trouble.

If there were no need for seeing the bead and barrel, eye dominance would play no part in wingshooting. It’s absolutely true that focusing on the bead of a shotgun is a recipe for missing, but there must be some awareness. With some shooters, there’s a quick assessment of the gun mount as the gun comes to the shoulder and then the focus shifts completely to the target. With other shooters, the level of awareness is more pronounced, and I suspect those who say they never see the barrel and bead see it, but they’re unaware they’re using it as a reference, much as a bicycle rider is unaware he steers slightly left to lean the bike.

Before I’m hung in effigy for heresy, go out and shoot. Break a target and then pause, close your eyes, and visualize what just happened. I’d be interested to know if anyone doesn’t see their barrel, rib, and bead in that visualization. The idea of this article isn’t to change the way you shoot. It’s more about making sure you don’t confuse someone you’re trying to help. The barrel and bead are always there, we always see them, we just might not be consciously aware of it.