Guns, the Second Amendment and Grandpa

Generation gaps exist in every culture, and the gun community is no different. I have learned to communicate those differences of opinion through active listening, persistence and understanding. When I was a child my best friend was my maternal grandfather.

We got along so well because he had a lifetime of experiences to share and I had a lifetime to listen. I’ve always been sensitive to my elders as a source of knowledge and wisdom that would cost you a fortune to get, if you could obtain it.

Guns haven’t changed much over the past fifty years, at least not as much as the reactionary perception of guns and those that own them would suggest. Today my surrogate grandfather and uncles are a group of retirees that I fish with throughout the summer and shoot trap and skeet with during the fall (when they are able).

Trap shooting with these guys is like golfing with guns. We do more talking than shooting. It is slow and allows for the sharing of stories, lessons on life and views on politics. We use a really good public facility in Prince George's County, Maryland (a county that is historically not very gun-friendly). The PG Trap and Skeet range is one of the nicest places I have ever shot trap. It is not only well managed, but, because of a relationship with Beretta, it has the nicest rental guns you would ever want. The rental guns are better than most of the shotguns brought into the place. 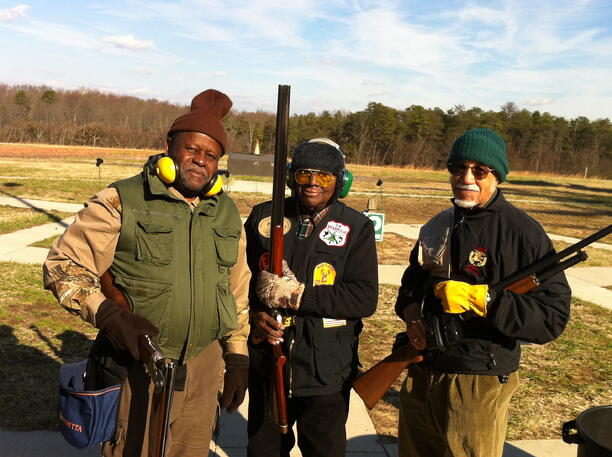 One of the conversations that demonstrated the generation gap recently was on the subject of military style assault weapons and hunting. My friend still hunts at 80 years of age.  He was a hunting instructor in the state of Maryland for a long time. He still shoots trap pretty well. He uses a shotgun that is older than I am. It is side-by-side double barrel that his father gave him. It is no longer in production but still shoots.

As a hunter of small game, who owns his own land and has been hunting longer than I am alive, he didn’t see the need for anyone to have "military" style rifles. He surprised me with the stuff he said, an almost exact mimic of the sound bytes from people that advocate for restricting gun rights. You don’t argue with your grandpa do you? I didn’t, but waited for the chance to ask a question and put the wheels of truth back on the road.

It actually took awhile because “grandpa Brown” was on a roll. He went on to explain how political everything was now, and how hunters don’t need more than three shots.   It was brutal to listen, but I did.

I waited until he asked me what I thought.  I said that I understood where he was coming from, but disagreed. He wasn’t ready for that. His eyes opened wide and he looked me in the eye to see if I was playing. I calmly said that all rifles are military style weapons. They might not be from your generation, but they are and have come from some campaign, war or struggle and were then adapted by veterans and enthusiasts for hunting because of convenience, cost, familiarity or just admirration.

If you hunt with a muzzleloader, that is reminiscent of the frontier wars, the battle of Bunker Hill, and the Civil War. And it comes on down from that to the present. The modern sporting rifles, espescially the AR-15s, are what have been carried since the 80’s in the military and are adaptable to do whatever you want to do by changing the upper receiver and magazine. Military and police snipers, and hunters still use bolt-action rifles for a lot of great reasons, but it still a choice. I shared that, unless someone had the luxury of sharing traditions like he gave his sons, all they may know is the new stuff. Then I used the analogy of driving a Corvette that can go 200mph when a smart car will do. I agreed that it was political and one of the tactics was to separate friends and family like us to conquer us, or make us vote one way or another. I told him that the truth was that it's not the gun, it never has been. I smiled and patted him on the back for letting me respond.

I expected the conversation to start up again after he processed what I said, but you know what happened next?  We laughed, shot a few more rounds of trap and then talked about football.

Like he told me once, “we can all talk but not all at the same time. Some times you have to just listen.” I love my grandpa.