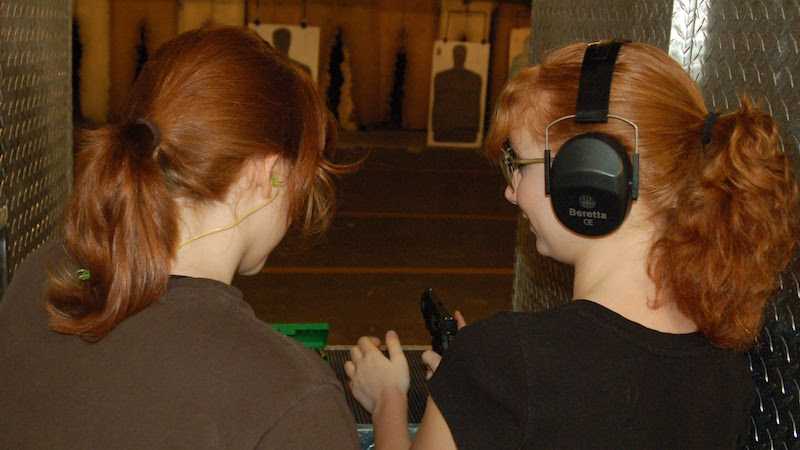 Three readheads? Three Storms? That sounds like the beginning of a story, doesn't it? I know that may sound exciting, and it is…just not in the way that most of you think. The redheads are my wife and two daughters. The Px4 Storms are theirs - not mine.

It will come as no surprise that I am a huge Beretta fan. The relationship started when I was young and shows no sign of waning. So it just makes sense that the women in my life are Beretta fans. We all started with the 92 Series. They all appreciated my Beretta 96 Elite II. Yes, 40 S&W is the caliber of choice in my family. I’m proud to say that all of them are good with handguns, but my two daughters have more practice than my wife does. They love to shoot.

We eventually got our hands on a Beretta Px4 Storm, and all three women decided that was the gun for them. This epiphany resulted in the subsequent purchase of two additional Px4 Storm pistols. My oldest daughter shoots the Type F. My wife shoots the Type G, and my youngest has a Type C. The only type I’m missing is a type D, and I may have to correct that shortly. What are all these types? We'll cover that in a minute and discuss how different "action types" appeal to different shooters. 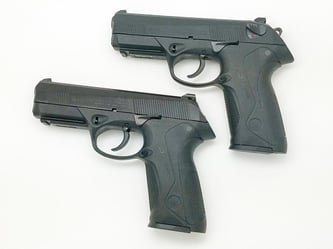 The Px4 is truly a magnificent handgun. It keeps up the heritage of the family by not only being flawlessly reliable but also having the beauty we have come to expect from Beretta. Yes, this is a nice looking gun with graceful lines and a pleasing profile. But it wasn’t the gun’s looks that captured these women’s attention; it was the way that the gun handles and shoots that won them over. It’s a joy. I’m not going to go into the particulars of the Px4 since that information has been covered previously on the site. But I will take a moment to explain the different variants mentioned above.

Beretta makes four variations of the Px4: F, G, C, and D. These variations have to do with the action of the pistols. The type F is the most common and is the one sold commercially in the United States. The G, C, and D are all variants made for law enforcement only use. They are less common, but can still be found for sale occasionally.

Both the Type F and Type G variants are double-action/single-action pistols with external de-cocking levers mounted on the slide. When firing the gun, the first round will be fired double-action with each subsequent shot being single-action, since the slide cocks the hammer when the first shot is fired. This de-cocking lever allows the hammer to be safely lowered while at the same time blocking the firing pin. The difference between the F and G types is that the type F allows the user to keep the lever in the lower position where it acts as an external safety. The Type G operates the same way except that the lever is spring loaded and automatically returns to the firing position after it is used. It has no external safety since the lever is only used for de-cocking the hammer.

I’ve heard people arguing that the F is better because it allows the gun to be kept in a safe status. Others argue that the G is stress-proof since it eliminates the need to remember to disengage the safety in a dangerous situation or during competition. Additionally, there’s no chance of accidentally engaging the safety when drawing the gun from a holster or other concealed location. Both arguments are valid and a matter of personal choice. In the civilian world, the type F makes sense. As a police officer, I always preferred the G. I’ve carried both, but it only took one time accidentally engaging the safety during a timed event to convince me to change to the G. 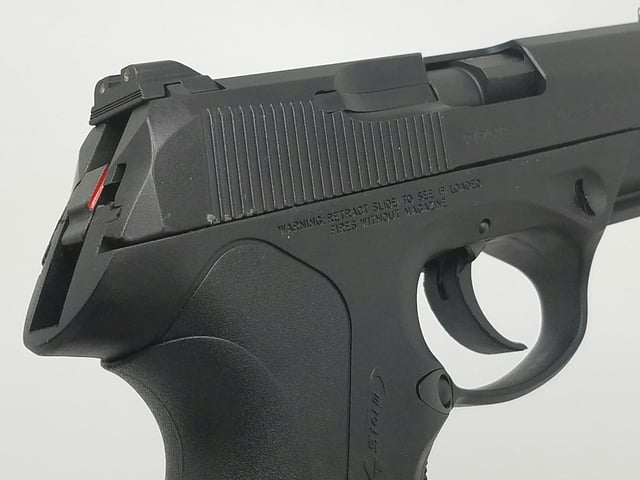 Different from the Type F and G, are the Types C and D. These variants are instantly recognizable due to the absence of any external de-cocking levers on the slides. Without handling them, it would be difficult to tell them apart. Both are variations of double-action handguns. The type D is a true double-action only pistol. The hammer follows the slide forward after each shot so that the trigger pull is always the same long, steady pull. The type C variant is similar to the D in that the gun is considered a double-action only pistol. The difference is that the type C has a lighter trigger pull that is achieved by having the hammer in a half-cocked position rather than fully forward like the D. When loading the C, the hammer is half-cocked when the first round is chambered and is ready for use. The drawback to the C is that if there is a cartridge malfunction, there is no second-strike capability. Once the trigger is pulled, the only way to fire the gun again is to operate the slide and return the hammer to the half cocked position. Personally, I don’t see that as an issue, but many gun manufacturers cite it as a desirable feature on their handguns. I’ve never trained to pull the trigger a second time on a misfire or hang fire cartridge. In combat situations, that’s a waste of time. Clear the gun with the traditional “tap, rack, bang” drill and continue shooting. If that’s a feature that you prefer, then the type D offers it.

Now that we have the variants explained let me tell you why each of them chose different action types and why you might want to choose between the four.

My oldest daughter has the Type F. She learned to shoot with a double-action/single-action handgun, and she is proficient in its use. She understands haw to handle the pistol and likes the ability to engage an external safety. This is probably what most people prefer. My youngest is a revolver shooter. She’s good with a semi-auto handgun but prefers the revolver that she inherited from her grandfather. Her choice of the type C gives her a trigger pull that she is familiar with while not having to worry about manipulating safeties. She transitions well from one gun to the other. My wife shoots well but doesn’t shoot as often as my daughters. Her preference is to be able to pick up the gun and shoot if needed without having to worry about removing the safety first. The type G fits that bill perfectly.

I don’t think there was ever any question about what model of handgun the women in my house would choose. The only question was which type it would be. Fortunately, they worked that out for themselves, and it didn’t create any problems. Perhaps one day I’ll relate what happened when I got bored and brought home only one Cx4 Storm Carbine rather than three of them.