It's About the Fundamentals, in Gun Training 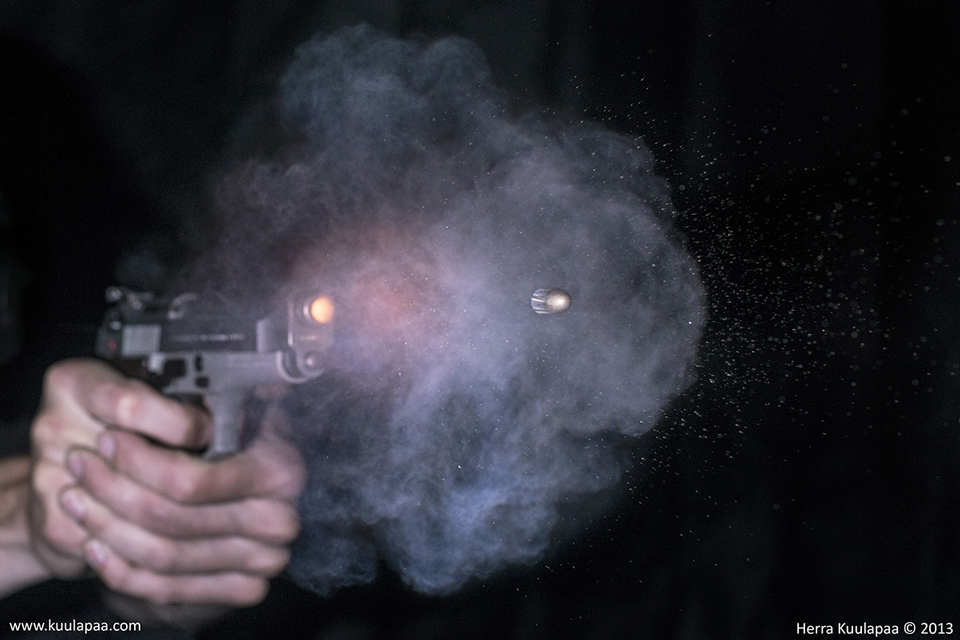 I recently received a letter from a reader on the subject of long-range shooting and ballistics. I’d recently done a blog entry on zeroing rifles, and the reader advised me of some factors I failed to mention in the story. It was apparent he was much better informed about the science of ballistics than I, and I appreciated both his knowledge and his concern. Reading the email, and my subsequent response put me to thinking about something that can have a positive effect on the success of a shooter, whether for personal defense or as a hunter or competitor. Simply put, there is no substitute for mastery of the fundamentals.

Also see: No Substitute for Focus In Gun Training

When I was shooting High Power rifle, several of the guys on my team were into spending a lot of time with their 600 yard loads. Most of these guys were shooting service rifles, at the time we were shooting the M14/M1A. Properly built M14 rifles will shoot one minute of angle (MOA) ten shot groups off a machine rest. Iron sights are used in High Power Rifle, and the precision stages only require two minutes of angle for a perfect score. Those who were spending the extra time were counting on the accuracy they gained to improve their scores, but in reality, their efforts were of minimal value, if not counterproductive.

What makes a mediocre shooter an excellent shooter isn’t equipment. It isn’t knowledge of ballistics. What makes a great shooter is attention to the fundamentals; as All Guard coach, Pete Hodges used to say, “It isn’t the arrow, it’s the Indian.” The best equipment available and the most knowledge of the science of shooting does no good, if you can’t apply the fundamentals. Of course, good ammunition and an accurate pistol or rifle will help, and you can’t achieve excellence with poor equipment, but if you don’t have a good sight picture, or manage the trigger properly, you’ll shoot poorly.

Whether the game is 3 Gun, F Class, practical pistol or even shotgun, being able to apply the fundamentals is prerequisite to success. There’s a financial guru on the radio named Dave Ramsey, who teaches the value of living a debt free life. His technique is to eliminate the debt that is costing you the most in interest first and then work on lower interest debt. His plan works the same for shooting. As a deer hunter, working on being able to steady your rifle from your position on the stand will pay much bigger benefits than getting a load in your deer rifle that shoots a half inch tighter at 100 yards. No matter how accurate your rifle might be, you’ll still have trouble if you can’t hold in the vital area of the deer. 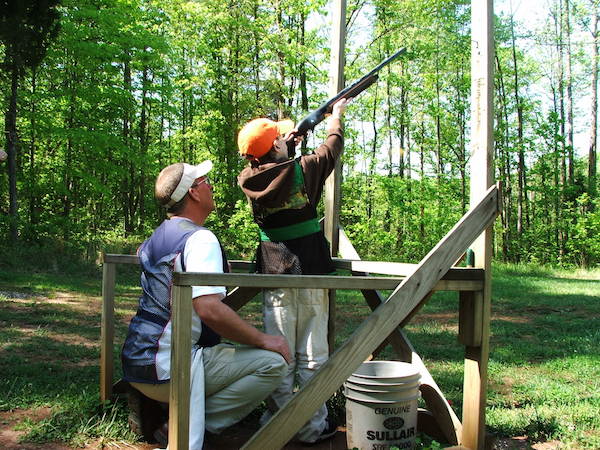 The earlier the fundamentals are learned, the better. Trey Lagle was breaking targets at eight years old under the tutelage of his Dad, Billy. Photo by Cherie Jones.

Those High Power shooters who spent hours on the reloading bench loading precision ammunition for their rifles would have gained a lot more by practicing with an air rifle in their basements, and shooting an air rifle is a lot more fun than weighing cases and loads for .223 rounds to be fired through semi-auto rifles with iron sights. The same is true for pistol shooters. Spending several thousand dollars on a hopped up action pistol won’t make you manage the trigger better or shoot faster, but shooting an airsoft gun will. Shooting the real thing is even better and imagine the gains possible with structured practice firing a couple of thousand dollars worth of ammunition in matches or under simulated match conditions. Spending enough money for a state-of-the-art clays gun won’t help as much as learning a proper shotgun mount and serious practice combined with some time with a quality shooting coach. There’s certainly nothing wrong with having a state of the art defensive concealed carry gun, but if you can’t operate it accurately and under stress, you might as well have the cheapest gun in the pistol case at the gun shop.

Provided the instruction is based on real world issues, time spent with a good instructor is worth the money. Many shooters have poor knowledge of just what the real fundamentals are and even accomplished shooters can learn from quality instruction, but beware of guys who get deeply involved in equipment and science. Last year, I took a pistol instructor’s course with Chris Cerino Training Group for law enforcement instructors. Chris focuses on the fundamentals, and his mantra is that results come, not from advanced techniques, but from the advanced application of fundamental techniques. I learned more in his class than from any other I’ve taken, and the lessons all were simple refinements for the basic principles of shooting a pistol, grip, sight picture, trigger management and follow through.

Success comes from executing the fundamentals, and until you’re a top ten percent shooter, you’re straining on a gnat and swallowing a camel by getting involved in the minutiae of the game. Buy quality equipment and understand the basics, but know there’s no substitute for learning the fundamentals and applying them.