The Manurhin line of revolvers, and specifically the MR73 have a legendary reputation. Their association with the elite counter-terrorist unit GIGN and incredible durability are the main driving factors for that status; which was enhanced by their relative scarcity in the United States. Now, with new manufactured Manurhin MR73 revolvers available in greater quantities than ever before in the US market, we have the opportunity to explore what goes into Making the Manurhin, and how the materials and manufacturing process combine to create what is widely regarded as the greatest double-action revolver of all time.


History of the Manurhin MR73

The Manurhin MR73 was developed with design input from the Groupe d'intervention de la Gendarmerie Nationale (GIGN), which in 1973 was the nascent counter-terrorist unit of the French National Gendarmerie. Their training doctrine placed an extremely high value on marksmanship, with officers firing 150 rounds of 158 grain Norma 357 Magnum rounds per day. That training schedule would put anywhere from 35,000 to 40,000 rounds on a gun in a year, and would have absolutely destroyed any of the contemporary 357 Magnum revolvers on the market at the time. During its evaluation phase, the MR73 fired 170,000 rounds of 357 Magnum ammo, exceeding the French test standard by 130,000 rounds. The MR73 served the GIGN and the National Gendarmerie well during its career, taking a starring role in the daring 1994 raid on Air France Flight 8969. While it has largely been phased out in the regular Gendarmerie in favor of semi-automatic pistols, new recruits to GIGN are given an MR73 to remind them of the unit’s heritage of marksmanship. 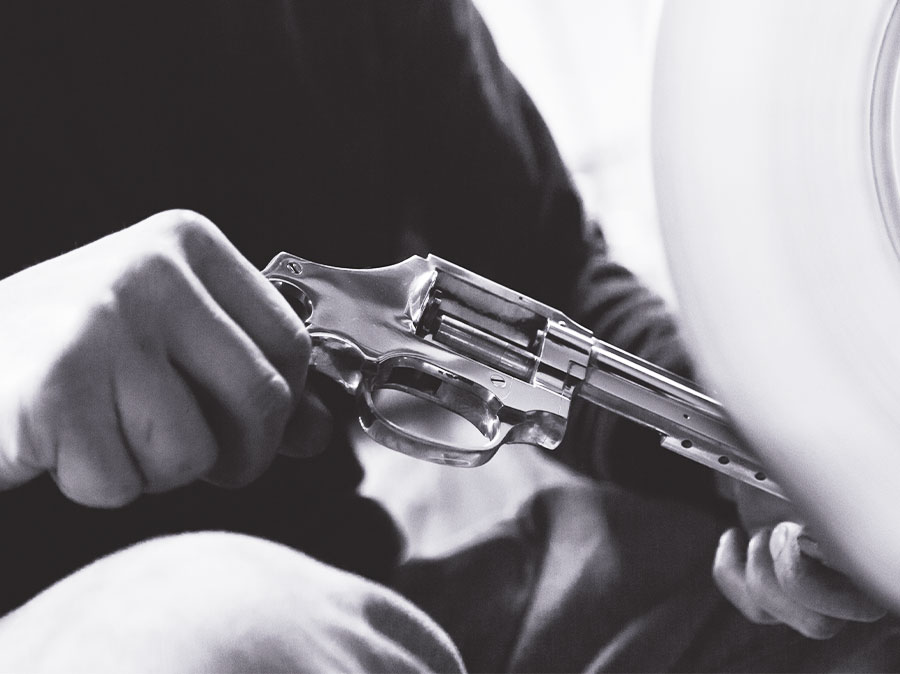 What goes into a Manurhin MR73 that makes it so special? To start with, we’ll look at the steel. Not all steel is created equal, and the steel for the MR73 is sourced from Aubert & Duval, a company specializing in high-performance metal alloys for military and aviation. The frames are forged from this steel then machined on a modern 3-axis CNC machine. The barrels are cold hammer-forged tubes from legendary barrel maker Lothar-Walther. The cylinder is again made from special ordnance grade steel from Aubert & Duval, and is machined in one step with the ejector, creating a perfect fit between the parts. Utilizing the highest quality steel and high-performance machining methods allows the Manurhin revolvers to maintain a superior degree of accuracy and ruggedness. The machining and the origin of the parts is only part of the story, because even quality parts if poorly fit won’t result in a good product. Manurhin employs 5 full-time gunsmiths who assemble every gun over a 7-step process.

What really makes the Manurhin MR73 special is that seven-step assembly process. When other companies build a revolver, much of the small part hand fitting has been obviated by the machining process and metal injection molding. Those guns are then assembled by semi-skilled laborers, all of which help keep the cost of a modern revolver from another company lower. The MR73 on the other hand is almost entirely hand fit by not just a laborer, but a professional gunsmith. Gunsmithing in France is a skilled trade, where people have to complete an apprenticeship and formal training before they do the job full time; that means that by the time someone is assembling an MR73, they’re truly skilled in their craft. 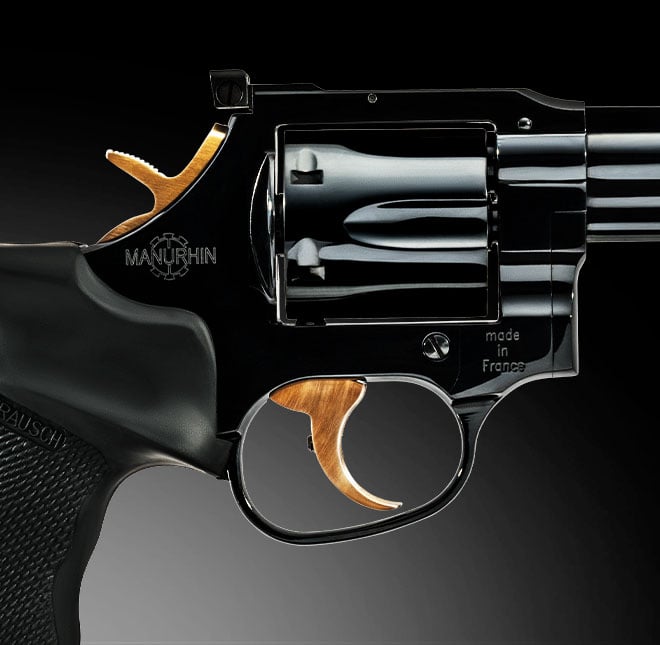 One of the complaints you hear about revolvers made by other companies is that “they don’t make them like they used to.” The Manurhin MR73 is made exactly like they used to, because they never stopped making them that way. The combination of high-quality materials, thoughtful machining, and extensive hand-fitting and assembly means that a brand new MR73 that you can buy today is made to the same exacting standards as they were for GIGN in 1973. Your revolver may not need to fire 150 rounds of red-hot 357 Magnum ammo a day, but it’s nice to know that you could if you needed to.

Caleb Giddings is a professional shooter, firearms journalist, and military firearms instructor. He has been published in nearly every major firearms magazine and many online outlets, and also appeared on the first season of Top Shot on History Channel. During his decade-plus in the firearms industry, he has also placed in the top five at multiple national level matches. As a member of the USAF, he has deployed in support of the Global War on Terror and trains other military members in marksmanship and tactics.