On the Job Training for Wingshooters 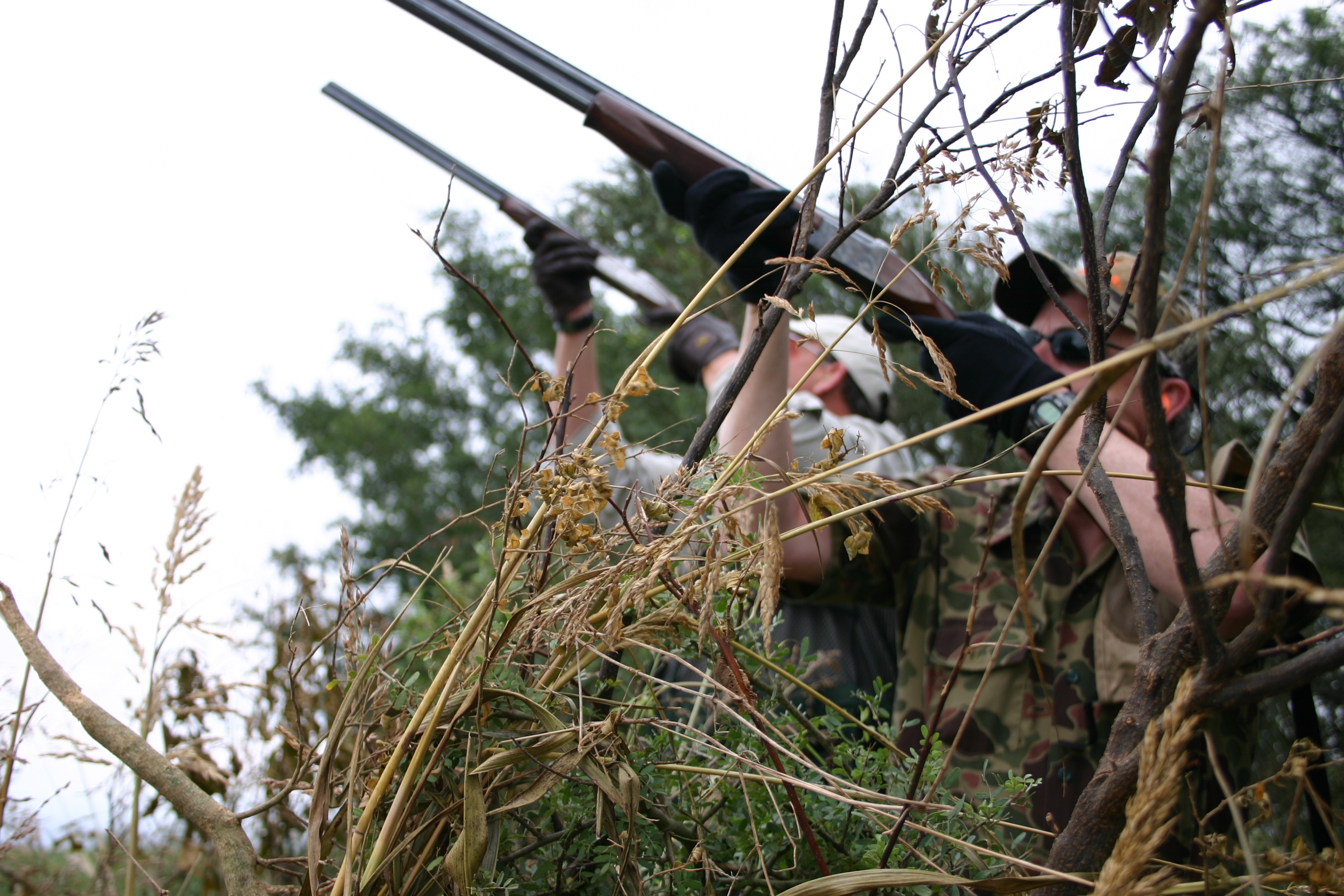 There was a time in North America when it was possible to learn the skills necessary to become a great wingshot by shooting live birds. But we’re talking a long time ago – think of the heydays of the passenger pigeon, which was the early- to mid-1800s. Think of the days of market hunting for waterfowl, which ended in the early 20th century.

The bottom line is, it takes a lot of shooting to become good at it. Championship caliber shooters in any shotgunning discipline shoot tens of thousands of shells a year to develop and maintain their skills.

Can you think of any hunting in North America that offers that amount of shooting even if legal limits weren’t in place? The closest thing we have today is snow goose hunting, but even there the birds are so wary and so fickle a die-hard, chase-them-from-Texas-to-Manitoba type of hunter would be fortunate to shoot a couple thousand shots in a season. And besides, who wants to take that kind of beating from shooting 3-inch or 3 ½-inch 12 gauge rounds? That’s the kind of shooting that results in detached retinas after a few years!

No. If you’re going to become a good or better shotgun shooter in North America, your development is going to involve primarily clay targets. There’s nothing wrong with that.

Skeet and trap are great games unto themselves and the right places to learn the basics of firearms safety as well as how to see targets, how to mount, how to move, how to swing… and how to keep swinging while and after you pull the trigger. The next step is sporting clays, which is an even closer simulation to hunting. An AA class sporting clays shotgun shooter is about as versatile an all-around wingshooter as you’re going to find.

However, if you’re willing to take some vacation time and endure the long flight from the U.S. to South America, there are still forms of high-volume shooting that involve real feathers. On an Argentinian, Uruguayan, or Bolivian dove hunt it’s not only possible to shoot 1,000 shells in a day, but common. In fact, to limit yourself to a case before lunch and siesta and another case after, you may have to s-l-o-w down and simply enjoy the spectacle at times. South America is also home to waterfowl and pigeon shooting offering hundreds, if not thousands of shots per hunting session. 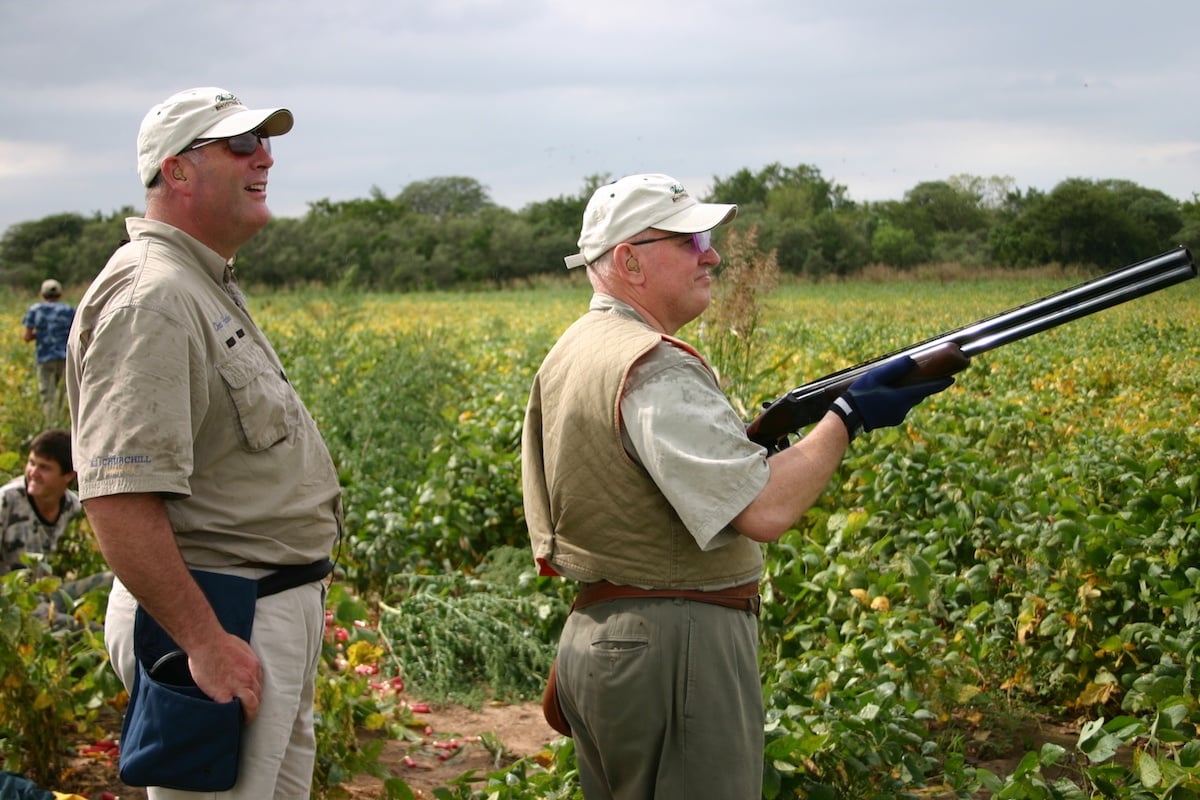 So no one thinks this is simply turning live creatures into targets, hunting in these regions is true conservation. The doves around Cordoba, Argentina, for example, are non-migratory. They live, roost, and nest here each raising several clutches of eggs a year. And it only takes about 90 days for a squab to reach maturity and begin raising its own offspring. It’s estimated the birds eat about a third of the crop potential in the region. Without the financial influx from foreign hunters, farmers could not afford the crop loss to the massive flocks of doves. They would burn and bulldoze the roost areas eliminating all the doves. However, because of the money hunters are willing to spend for this high-volume shooting experience, they tolerate the doves on their properties.

So, if your dream is to become a great wing shot the old-fashioned way, then a trip to South America must be in your plans. In fact, annual trips shouldn’t be out of the question. As hunting vacations go, South American dove hunting is not that expensive. It’s virtually an all-inclusive style get away for $1,000 per day or a bit less. Of course, you have to add in the flights and the shell bill. Ammo runs about $12-$15 per box down there, so that’s at least $240 per case of 500 shells.

To make the most of a South American shoot aimed at improving your skills, you must approach it with that mindset. Hard as it might be in the flurry of shooting activity, especially for the first-timer, concentrating on each shot is vital. You can and should learn something from each hit and each miss, but the only way to do so is by analyzing each shot. How did it feel? How did it look? What was unique about the presentation? Can you repeat what you did on a hit? What must you change to not miss the same way again?

If you’re really serious about upping your game, consider making a South American trip in the company of a shooting instructor. A number of instructors offer annual or as-a-group-is-assembled trips. They provide group and individual instruction right there in the field, and the results can be amazing.

Whether you do it to polish your wingshooting skills or are simply looking for the ultimate hunting vacation – high volume shooting in South America deserves a place on your bucket list!