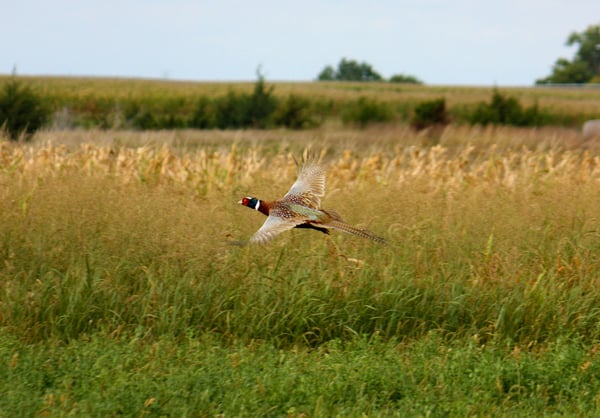 I remember the dark time like it was yesterday. I missed very few birds in the early season heat, full foliage, and tough shooting conditions. But later on, when the leaves dropped and the first frost killed the thick understory I couldn't hit boo. Every time a dog went on point I was excited, and after every flush I missed. When the last day of the season game I considered taking up another sport.

Also See: It Don't Mean a Thing if it Ain't Got the Right Swing

Shooting slumps are as much a part of the game as hits. Since Momma didn't raise a quitter, I needed to fix what was broken and get back in the game.

1. Where the head goes the body follows.

That advice from a former football coach is spot on. After a few days of misses, my head was all over the place. Sometimes I was ticked, other times upbeat, and still other times I was borderline depressed. None of those emotions solved the problem. I had to get my head back into the game, to ignore the negativity and refocus on the goal. Wingshooting is an exciting sport, but unbridled emotion is unfocused, and that's often times the origin of mistakes.

Repetitions make the master. If you're having particular difficulty with a shot, hit the clays course and grind 'em up. If a right-to-left crosser is giving you heartburn then hit a skeet field and work the belly stations until you're consistent. Start by leaving your shotgun in the rack. Get into position and call for the clay. Point at the clay when it clears the low house, establish lead, and follow it through. After several flights pick up your shotgun. Place that same index finger on the side of the fore-end, and call for a clay. Follow the clay with that same finger, squeeze the trigger and follow through. Practice that shot until the correct lead is committed to your memory. Then repeat a few days later just to be sure.

4. A little help from your friends.

Enlist the help of a buddy to stand behind you and look over your shoulder. He will be able to see if your swing is erratic, if your lead is too short (it's rarely too long), or if you're stopping your swing when you pull the trigger. That extra set of eyeballs is invaluable if done correctly.

Confidence is king, and when it's undermined by misses it's tough to get back. If you're having a difficult time with dodgy birds like quail or grouse then go after slower, bigger birds like pheasant. After you knock down a few bigger birds you'll return to the fields and woods with a renewed confidence. That confidence will help you focus on the bird coming from your next flush.

Part of the reason for my terrible season came from the dropping temperatures. I went from wearing only a shooting shirt in the early season to adding a jacket when it got cool. The jacket fit fine when I'd mount my shotgun, but when I swung it got tight. That tightness inhibited my follow through, so I changed gears. To stay warm in the latter part of the season I wore a thin, performance layer under my shooting shirt, added a fleece vest, and went to a strap vest. The layers kept me warm and the vests allowed for a smooth swing and follow through.

If none of that breaks your slump then get professional help. Professional shooting coaches have a lot of experience detecting mistakes. Working with one can fast-track your return to glory.

Slumps can occur when changing shotguns. Stock dimensions might vary from gun to gun. If you're shifting from an over/under to a side-by-side your eyes might play tricks on you. Go back to using the shotgun that created those wonderful hits and save the second option for another day. The off-season is a perfect time to tweak or modify your stock so that it's similar to the shotgun with which you hit.

Every bird hunter has been in a slump. The real question is how quickly can you get done with the missing and on to the hitting? With luck, it's sooner rather than later.