Patterning Your Shotgun for Turkey Hunting 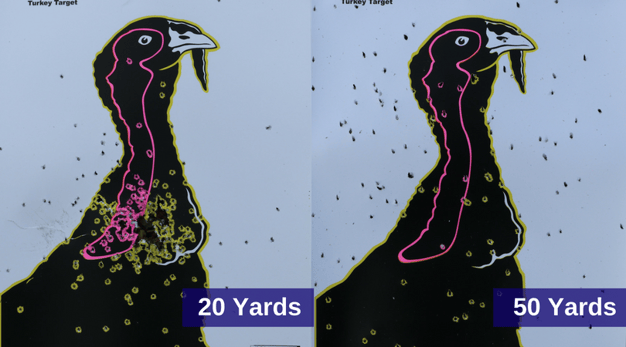 Taking shots during turkey hunting is a bit different than those during waterfowl season. When you’ve got just one shot on a big bird, you want to make sure it’s a good one. Take your Beretta Turkey shotgun to the range and make sure you know where it’s hitting. Aim it at a turkey target, so you can verify the pattern impact where you aim.

Also see: 6 Things That Can Spoil Your Turkey Hunt

The type of choke tubes and shells you choose will make a difference in the shot pattern. Turkey loads are “high-brass” and pack a punch to get those pellets out there. While you’re at the range, you can demo a few different rounds to see which shoots best out of your Beretta. Ideally, you’ll want the one that keeps the tightest pattern at the furthest distance. 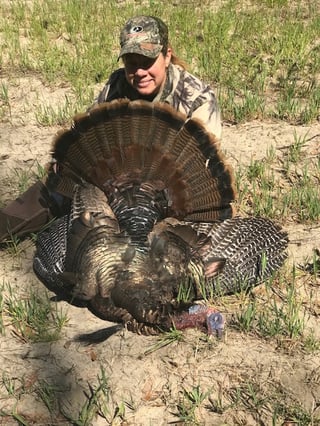 Another feature you need to look into is that of a turkey choke. Turkey chokes are much different than the choke tubes we use at the trap range or for waterfowl hunting. Many turkey chokes are ported and extend as much as, or more than, one inch beyond the muzzle of the barrel. Make sure you get the one designed for your shotgun and install it before you head to the range to sight in, or pattern the gun.

Today, I hit the range with two different styles of turkey targets that I picked up on a recent trip to the local outdoor store. First of all, turkeys are large birds; they have thick feathers, which serve as a sort of armor. If you think you’re going to hit one in the body and kill it, you may be mistaken, unless, of course, you’re at a very close range. The ideal location for a shot "on target" is the bird's neck, just at the base of the head, near what is called the wattle.

You may wonder why I’d mention something so fundamental: I’m sharing it because we're in the age of social media. Just the other day an experienced hunting friend shared a picture of their youngster with a turkey target. They were sighting in for a first turkey hunt. The target had one single pellet hole in the neck, and the remainder of the shot was all over the body of the turkey. The child had a huge smile, but one lone pellet in the neck of a turkey isn’t going to make for a quick kill, and that’s no fun for a youngster’s first hunt.

When you pattern your gun, make sure you do so at various distances. Shoot at yardages of 20, 40, 50 and, if you’d like to see how much spread the pellets attain, take a shot at 70-yards. As I mentioned, a close-up shot may do some damage if it’s not aimed in the correct zone. This is because the pellets will still be in a tight pattern and traveling at peak velocities.

While initial patterning of the shotgun can be done from a bench, take into account the way you’ll be hunting turkey. In some regions, the spot-and-stalk method is standard. In other areas, sitting in a blind on a stool is protocol, or maybe you’ll be on the ground in front of a tree. Practice shooting from the positions you’re likely to encounter on the hunt. If you think you’ll be using shooting sticks, rehearse with them as well.

We should always pattern our shotguns before the hunt. We also need to learn kill zones and practice shooting positions. In all circumstances, we want to make an ethical shot on those beautiful animals that taste so good for Easter dinner. Good luck, be safe and enjoy that bird.