How To Get Started Trap Shooting 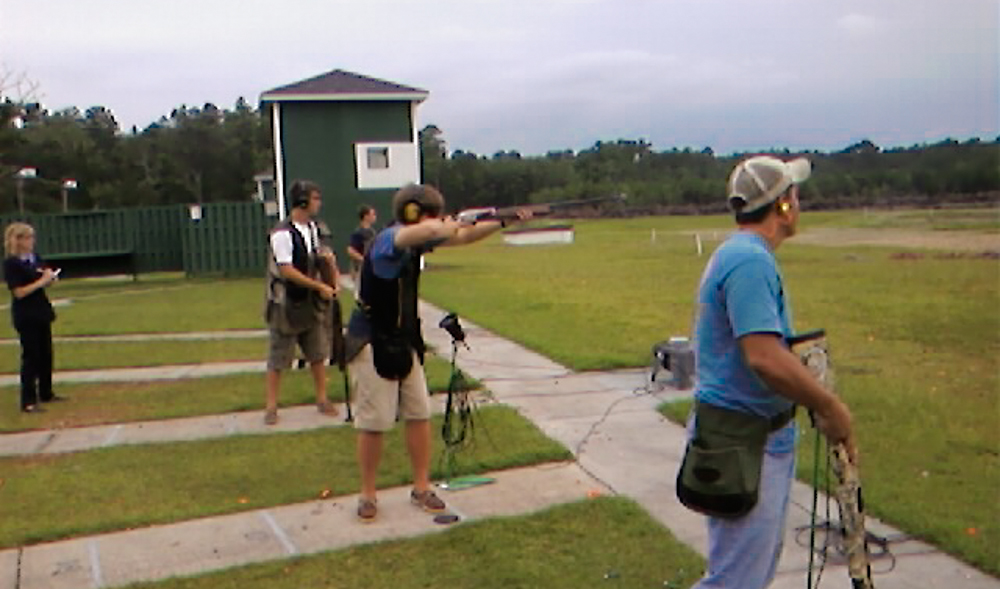 Recently, I wrote The Rookie’s Introduction to Clay Shooting to help new folks get a handle on what the various clay shooting sports are all about.

Now, let’s get serious about how to get started.

Although you can start your clay target shooting career in any of the primary disciplines - trap, skeet or sporting clays, I might encourage new shotgun shooters to take a run at trap shooting first. It’s not a hard and fast rule, just an opinion from some guy on the internet. (That would be me.)

Here’s why I tend to favor starting with trap shooting first. Because I did. But seriously, while my first foray into the shotgun sports was on the trap field, it was by pure coincidence and not a result of deliberate effort. That turned out to be a good thing.

In American Trap, you shoot at targets moving away from you at predictable angles. This means they’re easier to hit - especially for beginners. In the singles version of trap, you only get one shot at each target.

At the big regional and national competitions, you will see top shooters hit several hundred targets without a single miss. The competition might only be 200 targets total, but when the tie breakers start, competitors might shoot hundreds more targets before someone misses.

Lest you think becoming a trap shooting expert is easy, think about the mental voodoo games your brain does when you’ve hit 20, 50 or even 100 targets in a row. There’s some serious jinxing going on about hitting the next one. The top trap shooters are absolute masters when it comes to handling pressure and keeping focus on one thing only - the next target. People describe a trap competition as 200 consecutive one-shot competitions.

We’re getting ahead of ourselves talking about serious trap competition, but I only mention that as an illustration. It’s easy to get “sorta good” quickly. After a couple of rounds, with some basic instruction, you’ll be breaking more targets than you miss. That's satisfying and will keep you coming back for more.

I would recommend starting with basic American Trap singles. A round of trap includes 25 targets, where each shooter in squad fires at 5 targets from each of 5 shooting positions. A full squad is 5 shooters, although there is nothing wrong with shooting a round with one, two, three or four shooters. Each person fires at one target from their position, then the next shooter, then the next. When all shooters have fired once from their station, the process repeats four more times. If you’re keeping track of the math, you’ll see that each shooter has fired 5 shots from their starting position.

After the last shooter fires their fifth shot, the squad rotates positions with each shooter moving one position to the right. The shooter on the far right circles back to the first, and now vacant, position on the far left.

The cycle repeats until all shooters have fired at five targets from each of the five shooting positions. When finished, every shooter will have attempted shots at 25 targets.

While a round of trap is 25 single shots, a competition will usually be 100 or 200 rounds. You'll have breaks between rounds and you’ll most likely shoot from different fields. 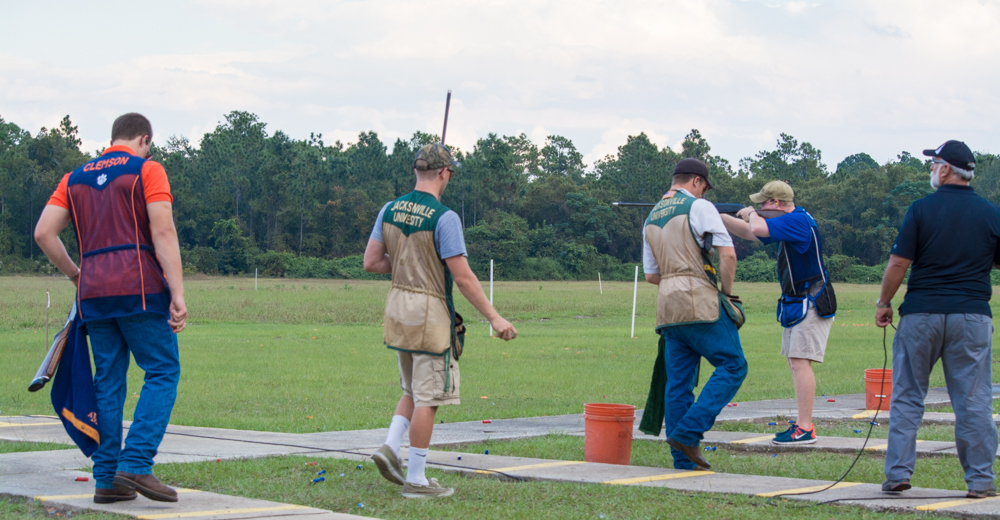 The beautiful thing about basic singles trap is that you can use most any shotgun. You will want a 12 or 20 gauge so there’s enough shot downrange to break a target moving away from you, but other than that, you only need a gun that’s capable of firing one shot at a time.

With that said, let’s take a quick look at pros and cons of different gun types for American Trap Singles.

Generally designed for hunting, a pump action will have a shorter barrel (26 or 28 inches perhaps) than would be ideal for trap, but don’t let that stop you. It’s easy to load a single round in a pump gun, and it’s easy to empty the gun if there is a trap malfunction and someone needs to go downrange. One drawback is that many trap clubs use microphones at each shooting position to launch the target. Just yell "Pull!" and the target flies. If you’re not careful, the sound of your action might launch a target before you’re ready. Be gentle, and it should work fine.

Using a semi-auto will certainly be easier on your shoulder when you shoot a lot of targets in one outing. Like the pump action, you need to think about noise of the action setting off the microphones. With a pump, you can ease the shell into the chamber without fear of a malfunction, but a semi-auto wants to close aggressively with the springs. You can take a half step back, keeping your muzzle downrange, to help prevent target launches from the noise. A semi-auto takes a little more effort to unload and show your gun is clear, but if you’re familiar with the operation of your specific gun, go for it!

This gun type is a piece of cake. Keep the gun action open until you are ready to shoot. When the person to your left shoots, drop a shell in the barrel, close your action, and go get ‘em! Just be sure you have your barrel selector set correctly so you know which barrel will fire when you pull the trigger. As soon as you fire, open the action and keep it that way until your next turn.

The important point here is not to let your lack of a fancy trap gun collection keep you from participating. Got a pump shotgun for hunting? Great! Use it! Got a semi-automatic? Use that! Over and under? That’s a fantastic solution. Even a single shot break action will work just fine.

Is it OK to throw your gun downrange when you’re frustrated? (No.)

Is it appropriate to unload an entire magazine from your semi-auto shotgun to increase your odds of hitting the target? (No.)

Is it acceptable to slip the scorekeeper a $20 bill “just to keep things fair?” (No. But that was a great line in Caddyshack!)

Here are a couple of etiquette tips to make you a good trap neighbor.

Now get out there and give it a try!