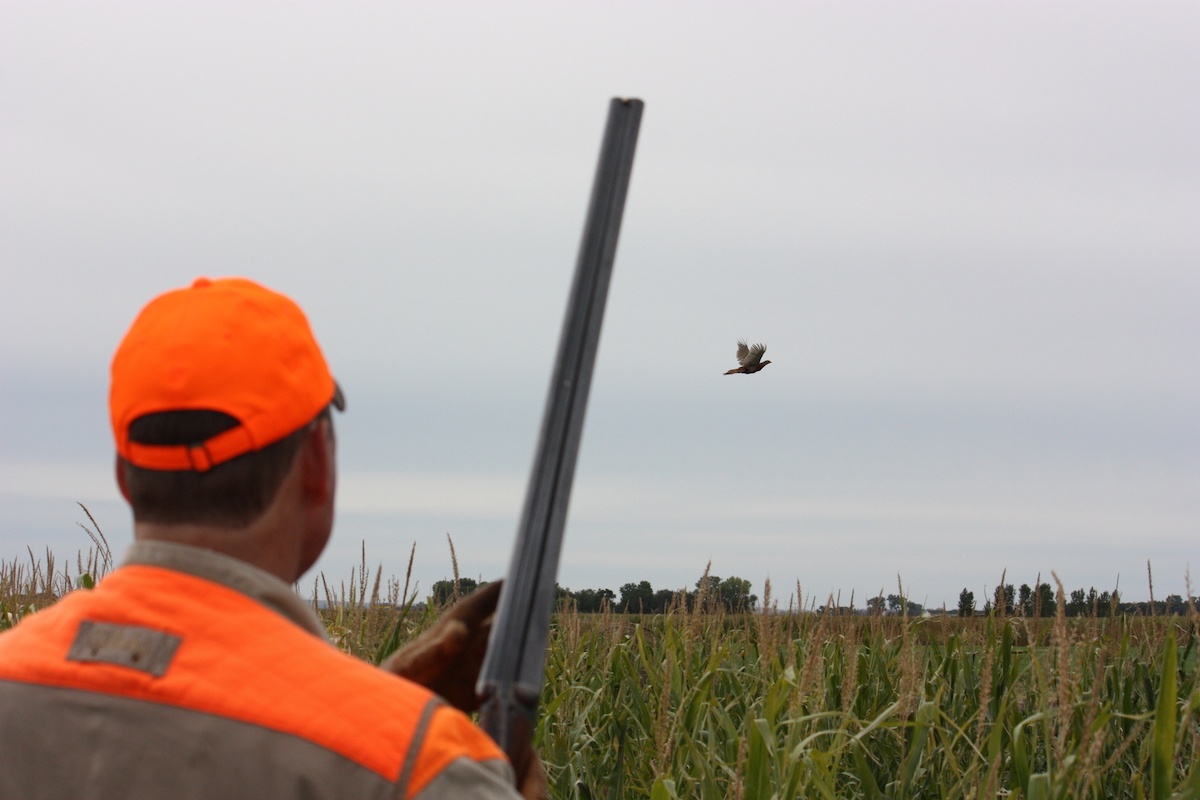 There is nothing quite as satisfying as walking up on a staunch point, seeing a bird flush, and dropping it with one shot. The dog gets feathers in its mouth, you smile, and your buddies slap you on the back. But missed opportunities are as much of a part of wingshooting as hits, and by matching your loads to your chokes you'll have more successes than failures. That includes staggering your shells.

Think about it, and you've all seen it plenty of time in your covers, fields, marshes, and beaches. First shots on a bird occur at a distance much closer than the second or even the third. The simple reason is that the bird is nailed by a pointing or a flushing dog which gives the uplander an advantage. Waterfowl dumping into a spread are close until that first shot spooks 'em and they fly away. After that shot, the game bird is doing its best to put as much distance between it and the hunter as possible. With every passing moment, the bird flies farther and farther away.

The first order of business is to pick a choke that excels at the realistic distance of your first shot. Taking a visual estimate is a good step provided that your frame of view is accurate. A view of a flushed bird in a field is very different from one taking flight in primary or secondary growth. To compensate for those differences, I subject them to an additional test. I pace the distance from where I shot and where the bird fell or from where it flushed. In doing so, I can accurately know the distance which translates into the proper choke to use.

The next issue to address is where your second shot is taken. The bird has put some distance between the firing of your first and/or second shell. Maybe a tailwind speeds up or slows down its flight. The combined visual and pacing method provides that cross-reference which again results in a more accurate choke selection for a second shot. Here's a chart for the general rule of thumb for the basic chokes and their ideal range.

One grouse played tricks on me, and when it dropped, I said to my wife it was so far away it looked like a 30-yard shot. It took me seven paces, or about 21 yards, to reach it; the same distance as a target on a skeet field. If you're shooting too tight of a choke such as IC, Modified, or Full at a bird at that close distance, then one of two results will occur. You'll either miss cleanly as your choke and pattern is too tight. But if you hit, you'll blow up the bird. Neither result is ideal.

Double guns have an advantage as gunners can shoot two different chokes, the first of which is more open for a closer first shot and the second with more constriction to launch a tighter pattern which is better at distance. Single-barrel shotguns are at a slight disadvantage as only one choke is used. Most shooters use only one type of shell, but another solution is to stagger your shells to bring out the best pattern spread.

Lighter or spreader loads delivered in a more open choke work great on close birds. A slightly hotter load delivered in a choke with more constriction helps anchor the bird on the second shot. Here's an example:

If your gunning iron is a double barrel, then place the 3/4 ounce shell in your right (SxS) or bottom (O/U) barrel matched with a more open choke (like Cylinder or Skeet). Your second shot, which is in either your left barrel (SxS) or top (O/U) barrel would be a 7/8 ounce shell delivered in either an IC or Modified choke. You'll get better pattern spread on your first shot at close range and a tighter pattern delivered through a choke with more constriction on your second shot.

Single-barrel shooters enhance performance while using only one choke; they'll simply vary their loads to maximize pattern spread. Load the lightest shell in the chamber, then place the hottest shell in the magazine tube. The second shell in the magazine should be a mid-range load, and your sequence is set. And by all means increase your shot size between your first, second or third shot. Upland game birds aren't tough like a grizzly bear; every BB doesn't need to hit, but pattern spread is critical to get enough that are lethal.

This offseason, experiment with chokes and loads. RST Shotshells make great low pressure/light loads, while other companies offer spreader loads which are terrific for close range first shots. Standard and heavy loads are readily available from many companies. For better success in the field determine the actual distance of your shot, then pick the appropriate choke, and finally match it with the correct shell. Your bird dog will thank you.