The Dangers Of A False Sense Of Security (Gun Training) 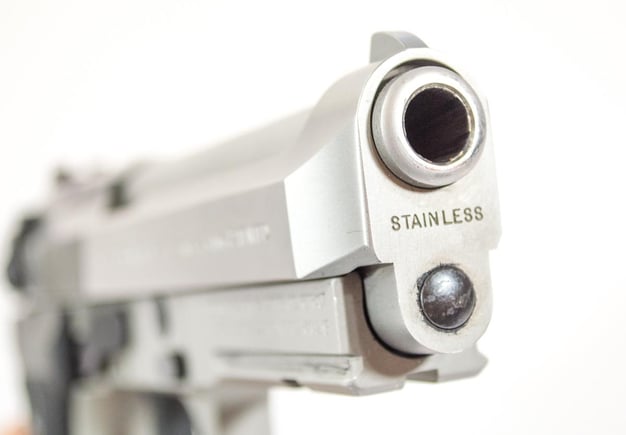 If you’ve bought a gun for self or home defense, one of the most important things you can do is eradicate your assumptions. What’s that mean? One of the biggest dangers that defensive gun users need to overcome is that of a false sense of security.

Let’s start this discussion with the direct and blunt approach. Having a gun does not make you safer.

Also see: Two Mistakes Rookies Make With Concealed Carry - And How To Fix Them

Having a gun might make you safer. It also might put you more at risk. Or it might be a wash and not affect the outcome of a defensive encounter at all. After all, having a car doesn’t make you a Formula One driver. Nor does having a wallet mean you’re able to pay the bar tab, even if you want to, for some unfathomable reason.

Unfortunately, it’s far too easy for us to be lulled into a false sense of security by the simple presence of a firearm. “Hey, if something bad happens, I’ll just use my gun to extricate myself from trouble.” That sounds rational, right up to the point where you start to think through specific scenarios that not only could happen but actually do happen every single day.

Perhaps the best way to illustrate the dangers of a false sense of security is to consider some self-defense scenarios that you regularly see on the nightly news.

You’re sound asleep. Suddenly you wake up to the sound of your front door being destroyed as several guys burst into your hallway. You’ve got a couple of shotguns locked securely in the gun safe in your closet. Oh, and the ammunition is up on the shelf. How fast can you act?

You’re standing in line at a convenience store waiting to pay for a much-needed cup of coffee while checking your smartphone. Suddenly, the man standing behind you draws a gun and tells everyone to put their hands up. You’ve got a gun in your purse. Did it help you?

You’re pumping gas. As you get back into the driver's seat, a guy jumps into the passenger side, points a gun at you, and demands you start driving. Your gun is ready to go – in the glove compartment. Did having a gun help you?

The point of these examples is that the existence of a gun in the vicinity means nothing. Other factors, combined with the presence of a firearm, may or may not make the difference. For example…

By definition, you’re already behind the curve in a defensive situation because the criminal is acting on his timeline while you’re forced to react. Development and practice of situational awareness skills can help you reduce the bad guy’s advantage of surprise. Perhaps instead of checking Facebook on your phone, you’re paying close attention to the other people in line at the store and making proactive eye contact. Maybe they won’t attempt the robbery in the presence of “switched on” bystanders. Or if you lock your car doors while pumping gas, and pay close attention to others in the area, you might minimize the risk of being caught by surprise that way.

Learning how to carry your gun and bring it into action quickly might make the difference. Carrying in a faster to access waist location rather than on the ankle or in a purse or backpack can buy you time and options, if you’ve worked on proper draw skills. And, regardless of your carry method, training and the development of muscle-memory skills is going to come in handy when the time calls for it.

Planning in advance can make all the difference. Looking back to our home invasion example, perhaps you’ve trained your kids to immediately lock themselves in their rooms if they hear something suspicious in the night. You keep your home defense gun loaded, near your bed, but secured with a quick access lock. You also always keep your charged cell phone on the nightstand. While there are no guarantees, those types of planning activities just might make the difference.

These are just a couple of simple examples to illustrate the point that it’s your knowledge, actions, and planning that will make the difference. Just having a gun means nothing. How you use that tool is what matters.

So, what are the takeaways?

Get gun training from a credible instructor.

Perhaps the most important things you will learn are all the things you’ve never considered. After leaving a quality self-defense class, there’s a great chance that you’ll be scared to death because the instructor helped you understand how much you don’t know, how much can go wrong, and how, by definition, you start every self-defense encounter at a severe disadvantage. This is a good thing and helps you do a better and more effective job of the next exercise.

Consider your daily routine and the things that could go wrong.

I’m not suggesting that you go through life envisioning an endless stream of nightmare scenarios. However, there’s much to be gained by thinking proactively about how you might handle dangerous situations. Spend a little time thinking about exactly what you would do if you heard glass shatter in the middle of the night. Where is the most likely point of entry in your home? How is that location situated relative to your bedroom and those of other family members? Where is your gun and how is it stored? Or, when in a store, think about how you would react if a guy pulled a gun at the cash register.

The combination of knowledge gained through training and proactive planning just might make all the difference. Most of us aren’t wired to be able to concoct elaborate spy movie responses in a moment of shock and abject terror. Rather, we’re far more likely to take positive and productive action if we’ve already worked it out in our brains ahead of time. If you’ve made a habit of looking for the rear exit in retail stores, you’re far more likely to head that way, instinctively, if something ever goes wrong.

Think about it. In advance.