The Most Important Factor in Surviving a Self Defense Lethal Encounter 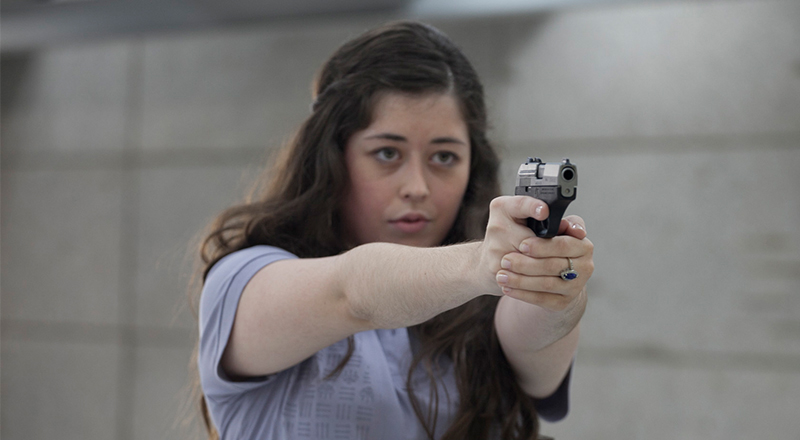 Most of the firearms enthusiasts that I know have spent a lot of time training and preparing for the possibility of being involved in a lethal encounter. It’s the ultimate question: would you survive, or would you become a statistic? This is among the top reasons why people buy handguns in the first place. But it’s not just about what type of gun or ammo you carry. It’s not just how well you prepared and trained. There’s always luck involved. Thus Dirty Harry’s most famous line applies to is all, “Do you feel lucky? Well do you, Punk?”

I have worked with guys who relished the chance to test their luck - ones who actually smiled when going dangerous situations. I wasn’t one of those guys. I don’t think I ever hesitated to go into harm’s way, but I didn’t enjoy it. My primary concern was to go home at the end of my shift. Thus if I could avoid a dangerous situation by diffusing it or avoiding it altogether, I did. It just made sense. It still does.

I think we should all continue training for the day that we are forced to face that ultimate test, but I also think we should spend just as much time learning ways to avoid it altogether. If you’ve not read the book Verbal Judo, or taken classes like The NRA’s Refuse to be a Victim, then your training is not complete. The former will teach you how to diffuse violent situations; the latter how to avoid them in the first place. Both are invaluable.

When I teach firearms, I often tell students that a primary factor in their survival is how they train. Just as critical is what training they choose. Do you know how criminals think? Have you listened to interviews with them? Do you know how and why they choose their victims? More importantly, do you know the type of cues that tell them which people to avoid? The information is out there; you just have to search for it. And with the modern world of computers and the internet, it is easier than ever before.

I don’t want to tell you that it is possible to avoid all dangerous situations or all criminals. In separate incidents over the last six months, a 71-year-old, Chicago man was robbed and shot while watering his lawn, another man was pulled from his car and beaten by a group of thugs, and a child was killed by a stray bullet. Incidents like these remind us that no matter what the anti-gun people say or how many gun free zones they make, anything can happen at any time and anywhere. You have to stay vigilant. But the fact is that most violent incidents are preceded by warning signals. The truly prepared individual will learn what to look for and will respond to those signals before things turn ugly. These are what we teach police officers to watch for, and it’s the same thing that I teach women in self-defense classes.

Did you notice while driving that the car behind you has made the same turns you have for the last three miles? When exiting your home, did you see the car down the street with four or five guys in it? When walking alone, do you recognize when two or more people first notice you and how they respond? These are just a few things that could mean nothing, or they could be clues that you’ll look back on after an attack and say. “I should have recognized the signs.” Usually, the difference between these two outcomes is whether you recognize them and how you choose to respond. This is one of the reasons why police officers spend so much time reviewing videos of attacks on fellow officers. In addition to the attack itself, they are looking for the subtle signs that occurred before the attack began. Those provide behaviors that they can look for in future situations. Those clues can mean the difference between life and death on the street.

Police officers have the benefit of watching videos of many lethal encounters both at the police academy as well as during their in-service training. It’s not fun, but it’s necessary. You don’t have to join the police force to have access. There are many videos available online that will show you the same thing. You can see them for yourself. Just take the time to look in detail. Treat it like you are a football coach reviewing game tapes, and look for the hidden clues that most people don’t see.

All of this boils down to a term called Situational Awareness. It’s not enough to be fully trained, you have to know when to use your training, and the time between the first clue and an attack may only be seconds. But those valuable seconds may be all that you need to avoid the situation before it happens. That’s the real win. Yes, you need to be prepared to respond to violence, but it is much better not to be involved in it in the first place.

Look, there are no guarantees. Get a good firearm. Keep it well maintained, and practice regularly to become proficient. That is important. Learn about combat mindset and develop the will to fight through adversity and prevail. Learn basic self-defense skills. They will serve you well. But at the end of the day, you win if you never have to use any of those skills because you used your brain instead.

Diversify your training, learn how to avoid danger, and…Carry On!