The Rookie’s Introduction to Clay Shooting 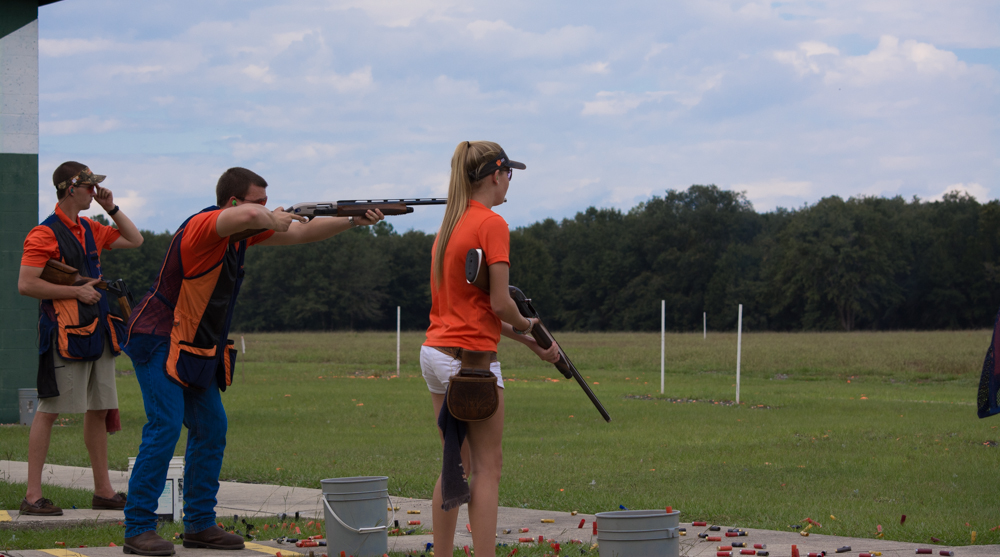 Trap Shooting: Competitors fire at targets moving away from the shooting line.

When I first expressed interest in the shotgun shooting sports, I was completely confused.

In their enthusiasm to share the sport, all my shotgun friends started right into detailed knowledge and tips and tricks. For example, they talked to me about how to aim a shotgun, how to get ‘classified’ and how to lead clay targets. All good intentions aside, no one stopped talking long enough to appreciate how little I knew. Without a basic understanding of the games, how was I to know what these things meant?

Imagine a lifelong resident of, oh say, Gardone Val Trompia, Italy, asking about American Football. If you started talking about safeties, chop blocks and intentional grounding rules, they'd likely be confused. It's the same situation for someone new to competitive shotgun sports. What are shotgun sports? Is trap shooting the same as skeet or sporting clays? What are the differences? Which one might I like? What are clay pigeons? Are they remote controlled? Do you have to feed them?

If you’re new to shotgun sports, or clays shooting, you might enjoy this quick and practical guide.

All shotgun sports have one thing in common. You blast hunks of clay out of the sky.

To expand on that just a bit, all use targets called clay pigeons. No, they do not look like pigeons - they look like little Frisbees about four inches in diameter. Instead of plastic, they're made of clay. Launching machines, called “traps” fling them off into space in different directions depending on which clay shooting discipline we’re talking about. With all clay shotgun sports, the idea is for you to hit this rapidly flying clay target and shatter it to bits. It’s ridiculously fun and addictive in a healthy way. The first time you break a target, you’ll be hooked. I guarantee it.

Now let’s take a quick look at the three major shotgun sports. Each has variants within that we’ll cover in upcoming articles.

American Trap shooting is fairly straightforward. Literally. Shooters stand in a line, side by side, and aim at targets moving almost straight away from them. Targets are launched from a partially underground bunker placed sixteen yards in front of the primary shooting line. To simulate wild birds flying away from a hunter, targets are thrown at a speed of 42 miles per hour at a consistent vertical angle. The targets are thrown in random directions within a relatively narrow (45 degree) side-to-side arc relative to the shooters. The actual angle of the moving target also varies depending on the position of the shooting on the line. Shooters are positioned in a slight semi-circular pattern.

Unlike Trap, where targets are moving away from the shooters, Skeet includes a variety of target angles. Targets can cross, come straight at you or move away from you.  As in Trap shooting, there is still a field, but the Skeet field has 8 stations instead of 5, and the shooters move as a group around a large semi-circular field from one station to the next - just like in Trap.  Also, in Skeet shooting, there are two machines that throw targets - a "high house" that launches a target from a point high off the ground, and a "low house" that launches targets from somewhere around waist level. Some positions in Skeet include “doubles” where targets are thrown from the high and low houses simultaneously, and the shooter fires two shots.

Think of Sporting Clays as “shotgun golf.” The idea is that every shot is different. Sporting Clays is the shotgun sport closest to a hunting simulation. 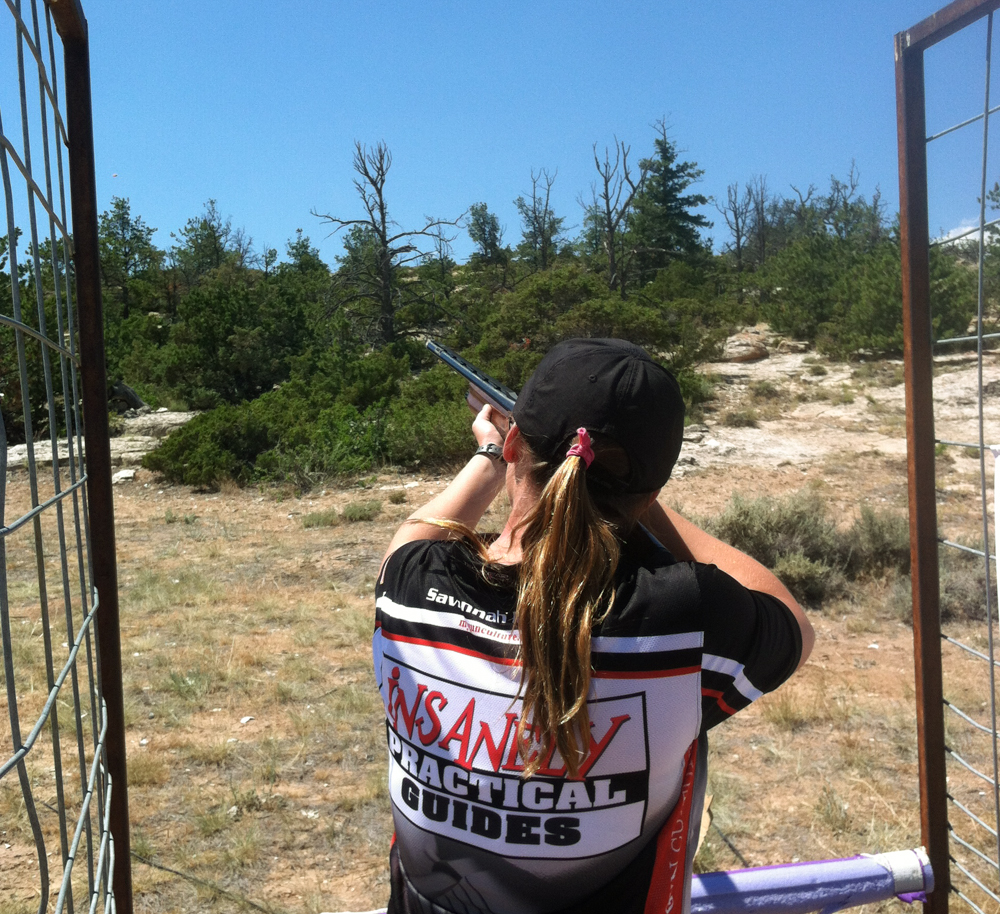 One of the joys of Sporting Clays is the scenery. This course is outside of Cody, Wyoming. Note the incoming target on the left just above the tree tops.

A typical Sporting Clays course will have 10 to 15 stations winding through woods and fields. Each station will have traps (target launchers) that send targets in all sorts of unpredictable angles. Where trap and skeet offer repeatable target scenarios, sporting clays is intended to do just the opposite. Some clays may fly straight at you from a clump of bushes, while others might roll across the ground, jumping unpredictably, to simulate a rabbit on the run.

Like golf, Sporting Clays can be traditional or hi-tech. Some courses have radio-computer controlled target launching systems, while others offer trappers who manually launch targets with more of a personal touch. Like golf, blaming the trapper for misses doesn’t get you very far. Caddies aren’t responsible for your bad shots either!

One variant of Sporting Clays, 5 Stand, positions shooters in one spot looking out over a field with numerous trap machines positioned to throw a wide variety of target patterns. It’s the same idea, just a little easier from a logistical point of view.

In future articles, we’ll get into the details of each sport. Most of them have varieties within each discipline and even different rules for American, International and Olympic versions.

You can also start reading a beginner's thoughts to Clay shooting, here.