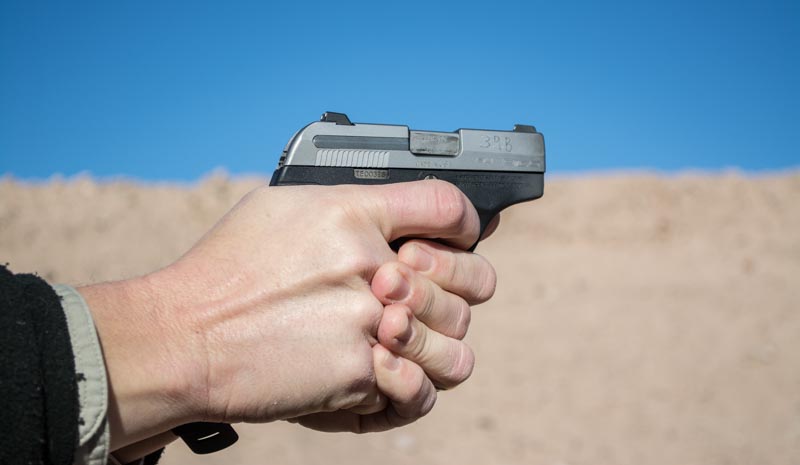 As a firearms instructor, I wonder about some of the things that are taught on the range; trigger reset is one of them.

While going through Firearms Instructor school and the related armorer’s class, I was introduced to trigger reset. (It’s amazing how many years I had been shooting without knowing this bit of information). For those who are not familiar, trigger reset refers to releasing the trigger just enough after a shot has been fired for the sear to re-engage with the hammer or striker. At this point, the shooter can press the trigger again for a follow-up shot. In the class, we were instructed to fire a shot and to hold the trigger all the way to the rear afterwards. We were then told to slowly release the trigger until such time as we heard the “click” and felt it in our trigger finger. When that happened, we knew that the sear had reset, and another shot could be fired by pulling the trigger to the rear again.

The theory was that if we learned this trick and practiced it, it would cut down on movement of the gun, since we didn’t have to release the trigger all of the way and then begin pulling it through its full length again. It might also allow quicker follow-up shots. Before I go further, I must clarify that my shooting practice is done for one reason - to better prepare me for an actual SHTF (Stuff Hits the Fan) situation where I may have to use my firearm defensively. Though I have shot competitively and enjoy it, that’s not my purpose.

What I think about trigger reset and why some instructors teach it is that it’s a nice bit of information, and it certainly conveys that they know something that many shooters do not. When I teach, I’m not interested in just showing how much I know. I want my students to survive, so trigger reset is not something that I waste my time teaching.

Let me explain… Deadly force situations force your body to dump adrenalin into your blood stream. The best analogy that I’ve read is that it is like having numerous shots of expresso delivered to your body instantly. It provides you with the energy and speed that you don’t normally have. Your body provides you with what is needed to instantly handle the deadly situation that you’re dealing with. But with all things, you pay a price for it. While there are a lot of negative consequences to this energy dump, I’m going to draw out just a few to illustrate my point.

Most every person who survives a deadly encounter reports one or more of the following:

Time Distortion - Time slows down or speeds up. For many it’s described as a “slow motion” experience. They see the events happen to them as if they are happening very slowly.

Visual Distortion/Visual Exclusion - Your vision focuses almost entirely on the threat. As such, the threat appears larger and more menacing Some also refer to tunnel vision and report not being aware of what others were doing at the time or even if others were present.

Auditory Exclusion - Your hearing may shut down completely. Many people report not hearing their own firearm firing, or shots being fired at them - no matter how close they occur.

Fine Motor Skills Decay - As your body shuts down capillaries in your extremities and forces blood to your body’s core, your sense of touch may go away (or be greatly diminished). Often, people begin shaking violently and can only perform very basic tasks.

There are many more, but these four are the main reasons I use to argue against worrying about trigger reset. The average person isn’t likely to be aware of it in a deadly force encounter.

Need proof? Read the accounts of the Miami Shootout between FBI agents and two highly motivated and trained ex-soldiers. This is probably the most well-known and highly analyzed account of a deadly force encounter. You’ll be amazed to know that a former special forces soldier stood right over a fallen FBI agent and emptied a six-shot revolver at him without hitting him once. You’ll also read about the agents’ reactions during the encounter and how many shots they fired. All of the above comes through in full detail. It is a great example of why the accuracy rate in police-involved shootings is only about 25%? Yep, only one in four shots even hit the target, and that’s not even saying it was an effective hit - only that it made contact.

I recall reading one officer’s recounting of a different shooting in which he was involved. He emptied one full magazine at his opponent without stopping him. As he reloaded his handgun, he consciously thought about why none of his rounds stopped the bad guy. It occurred to him that he had to slow down and focus on the front sight. His next two rounds ended the encounter and the bad guys life. That’s why I focus on trigger pull and sight alignment above all else. If I can’t count on a skill being available to me because I can’t see, hear, or feel it…well…I’ve got more important skills to develop and refine.

Remember - learn all you can and…