Waterfowl Hunters and the Farm Bill 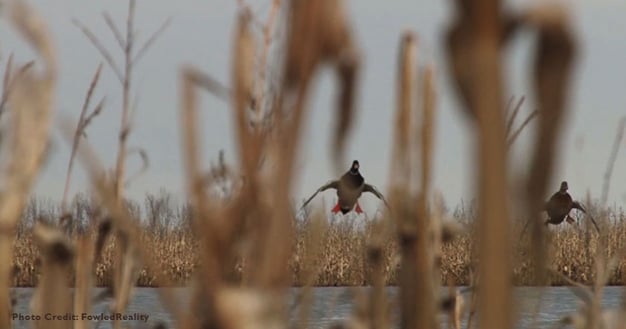 As a waterfowl hunter and a farmer my ears perk up when I hear mention of the Farm Bill.

I’ve been working on the areas on my property that entice these birds. However, I tend to let my place rest and have found other great locations to hunt ducks. While I’d like to tell you my favorite spots, we all know those sites are sacred. Some of these places are on public land, and others are on private leases. One of my favorite waterfowl locations is in the marshes of Louisiana. Another is in the rice fields of Mississippi. Come to think of it, the cattail-covered banks of a Minnesota lake is a fantastic location as well.

All of these areas have something in common. They border or are contained in farmland. Have you seen those commercials proclaiming, “Thank a farmer”? If you’re a waterfowl hunter, or even a big game or upland hunter, that’s exactly what you should do.

Farmers create more than healthy food. They’re stewards to wildlife conservation. Visit the USDA’s website, and you’ll see this blazed across the front page, “Farming is a tough job, but at the heart of it all, you'll see a vibrant community contributing to the future of our nation's health and food security.” In fact, when our Nation’s Farm Bill is mentioned, many people think of produce, corn, and maybe nutrition. Speaking of nourishment, most of us who hunt do so to put food on the table. We’re looking for healthy meals too.

If you dive in a bit further, you’ll also see that farmers are made up of “scientists, economists, foresters, veterinarians, and conservationists.” Do you see that last word, “conservationists?” It describes the farmers but also details us as hunters. Are you beginning to see a connection?

Since farmers are doing great things for wildlife, we can do more than just thank them. We can show our support for the Farm Bill. During the last review, there were cuts in funding of the bill. We need to ensure further reductions are put to a halt.

The Farm Bill came to be during the Great Depression. With hunger at an all time high, the U.S. saw the need to support agriculture. There were large amounts of clear cuts and soil erosion across the country. Utilizing this land was difficult, and the Bill came to help. Its focus, with 80% of funding directed toward it, is on nutrition. However, something you may not know is that six percent, or $5.7 billion dollars, is directed toward conservation efforts.

While the Farm Bill affects everyone, hunters may not be aware of the significance it plays on the wildlife we pursue. Chris Horton, Senior Director of Midwestern States for the Congressional Sportsmen’s Foundation (CSF) shares, “Many of the land conservation programs within the Farm Bill are important to sportsmen and women – true conservationists who support the improvement of soil, water, and fish and wildlife resources on private lands, farms, ranches, and in forests,” he continues “Carrying over the conservation successes of previous Farm Bills is critical to future conservation projects.” 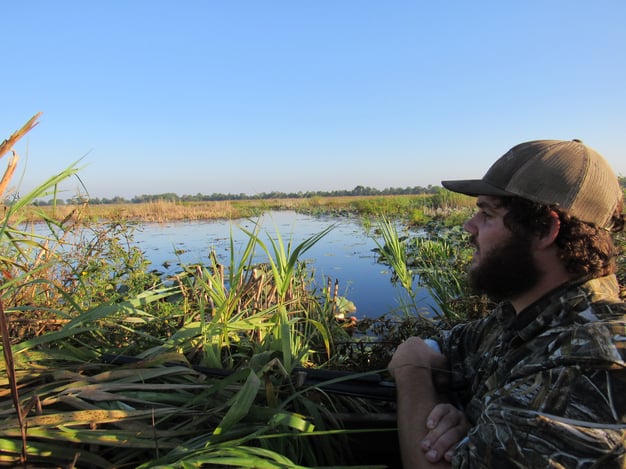 According to the CSF, the fish and wildlife conservation programs up for reauthorization within the 2014 Farm Bill, include the following:

Conservation Reserve Program (CRP), which allows farmers to take environmentally sensitive land out of production in exchange for rental payments.

In 2014 Farm Bill funding to the CRP was reduced. Ducks Unlimited (DU) published a fact card showing the enrollment cap changing from 32 million to 24 million acres. In that year it’s also listed that the CRP added an estimated 2 million ducks to the fall flight each year. It’s yet to be seen how the CRP’s acceptance cutback will affect this number.

Whether you’re hunting ducks on public land or farm leases, the points listed in the Bill are aiding in waterfowl population increases. The Conservation Stewardship Program (CRP)provides payments to farmers for adopting or maintaining a wide range of conservation management and land-based structural practices that focus on qualities such as soil, water, and wildlife habitat.

With this funding, farmers are aiding conservation efforts. Some have been able to make improvements to their properties. Some examples include adding pivot irrigation systems, water canals, or rice field filtration, leading to better habitat for wildlife.

This fall, as we head out to the fields with our A350 Xtrema in hand, we need to remember how farming helps the species we pursue. While many of us don’t like to be political, it’s important as hunters to know the effects this has on our passion. Some ways to preserve it are via educating our friends and by contacting our Legislators asking them not to reduce funding to the Farm Bill.