What Makes a Perfect Carry Pistol 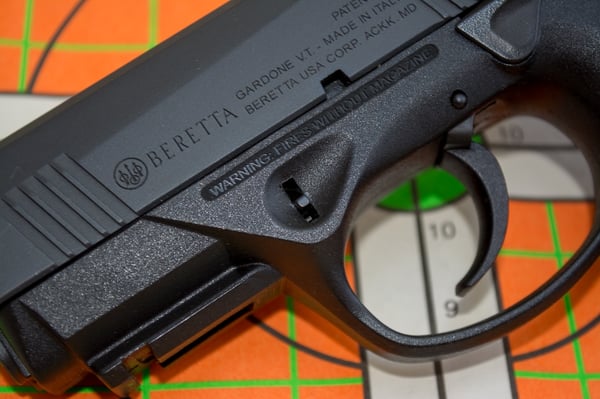 I suppose that any pistol you have handy during a personal defense emergency is a perfect carry pistol, right?

Technically speaking, any handgun that shoots reliably can be a carry pistol. Large or small, mouse gun or big-bore caliber, double-action, single-action, or striker-fired. The usefulness of a concealed carry tool depends more on the skills of the user than on the hardware. However, assuming that one’s commitment to training and practice comes first, there’s nothing wrong with finding a pistol that’s optimized for concealed carry. In fact, the right features can provide a significant advantage to the skilled user.

So, what defines a perfect carry pistol?

Also See: Tips for Carrying Concealed Inside the Waistband

First and foremost, your carry gun needs to go bang every time you press the trigger. Yeah, we’ve all heard a soundbite similar to that, but it’s still a valid point. Does your gun jam occasionally? Does it frown on certain types of ammo? Does it ever go “click” due to light primer strikes? Have any pieces ever broken unexpectedly?

There’s another dimension to reliability. How sensitive is your carry gun to less than perfect shooting technique? Sure, we all learn to shoot from a solid, two-handed shooting position with a firm grip to help the gun recoil properly. But how does that gun perform when things aren’t ideal? If you stumble out of bed out of bed in the middle of the night with a light or phone in one hand and have to shoot from an awkward position with the other, will your carry gun still function reliably without that rock-solid stance and grip?

One of the things I like to do when testing handguns is to shoot them from a variety of supported and unusual support positions. If your gun works with a loose, support hand only grip, it’s probably going to function properly when you need it most. I’ve had a Beretta PX4 Compact Carry pistol in for testing and review and have tried exactly that. That compact 9mm has been stunningly reliably in every shooting position I’ve tried. Whatever gun you use, it’s worth trying some shooting (safely!) from reduced support positions, so you know if your handgun is sensitive to that.

Sights are a tough one because sight selection often boils down to a passed-along quip like “you need night sights.” Maybe. Or maybe not. What’s important about sights is that YOU can see them in a variety of light conditions and more importantly against a variety of target backgrounds.

All our eyes see and process things differently so what works for you may fail for someone else. If you want to see what I mean by target background, the next time you go to the range, bring a variety of targets, some with colorful backgrounds, some with drab colors, some white, some black, and some patterns. Raise your gun from a low-ready position against different target types and see how quickly you can acquire your sights against those different tones and patterns. If you have an outdoor range, see how your sight picture looks in different conditions where you target is in front of dirt, trees, structures, or whatever is safely available down range. Just shooting steel plates can be informative since used ones are often a dull and dingy color that’s more common in the real world than the bright orange, white, or black of paper targets.

That PX4 Compact Carry sights include a large dark orange square on the front sight and no color on the rear sight. In the center of the orange area, there is a Tritium lamp that glows if you’re in very dark conditions. This dark orange works for me across a wide range of backgrounds, much more so than lighter shades or orange on other types of sites. Your mileage may vary. You also might consider fiber optic sights. Those are visible across a surprising array of light conditions. I can see them pretty well in low light too.

About those traditional black sight posts with “night sight” Tritium inserts. Try them against different target backgrounds. Maybe they work great for you. Or maybe not. I’ve been moving away from them because my older eyes just can’t pick up those dull colored front sights all that well.

No, we’re not referring to body weight or water retention here. What I mean is that controls should be obvious and easy to manipulate, even if the user is in some degraded state. Under stress, we tend to get fumble-fingered pretty easily. Ever been in a situation where you were so nervous that your hands were shaking? How about a fight for your life? Unlike a case of common nerves, the body does things in fight or flight mode like direct blood to large muscle groups and away from small ones like those in fingers and thumbs. Or how about this? Are you wearing gloves? Law enforcement and military folks often wear gloves as a matter of standard gear, but we ordinary armed citizens have… winter. Are the controls on your concealed carry gun accessible enough for you to use when wearing your gloves?

Back to our example gun, the PX4 Compact Carry has been designed with a “G” type decocking system. There is no small safety lever to manipulate before you fire a shot. It’s just ready to go. The decocking levers are recessed, but that’s an administrative function – you have time to do that slowly and deliberately. Like holstering, decocking a pistol isn’t a speed contest.

Also look for oversized magazine release buttons. That is something you might need to do quickly in the dark or while wearing gloves – all while under stress.

Contrary to our individual opinions and preferences, there is no single correct answer to the “right” type of pistol action for the perfect carry gun. Different action types have pros and cons, but those don’t paint a definitive picture of what is right or wrong.

Single-action pistols usually have light and crisp trigger press sensations, so they are easier to shoot accurately. Accordingly, they also tend to have manual safeties to offset the potential risk of that light trigger.

Double-action / single-action pistols like the PX4 Compact Carry blend first-shot safety with a single-action trigger for subsequent shots. The idea is that a manual safety isn’t required because the longer and heavier trigger press provides some margin against inadvertent discharge. Of course, the user has to learn to manage the transition from the double-action press sensation to the single-action one.

Striker-fired guns like the Beretta APX have a heavier press than a single-action but lighter than double-action. There’s some margin against inadvertent discharge from the extra trigger weight, and some striker pistols also have a manual safety. Since every press fees the same, it’s easier for some to master.

So which one is perfect? None. And all. How's that? Consider this next point…

Whatever the feature set, and assuming reliability is there, the perfect carry gun is the one that gives you the most confidence to put shots on target quickly. You know there’s a caveat, right? Here it is. Qualify that last statement to read something like “the largest caliber handgun with which you can reliably put shots on target.” Whether that’s .45 ACP, .40 S&W, 9mm, or .380 ACP, you’ll be better off hitting your target with a slightly smaller bullet than missing with a larger one.

You might note that some attributes aren’t on this list. Concealment is an example. In my view, concealment is the last thing to consider. If you can meet all the attributes of a perfect carry pistol with a tiny gun, then great, have at it. If you can’t be supremely confident with a smaller gun, then figure out how to conceal a larger one. A perfectly concealed gun is of little use if you can’t shoot it well.