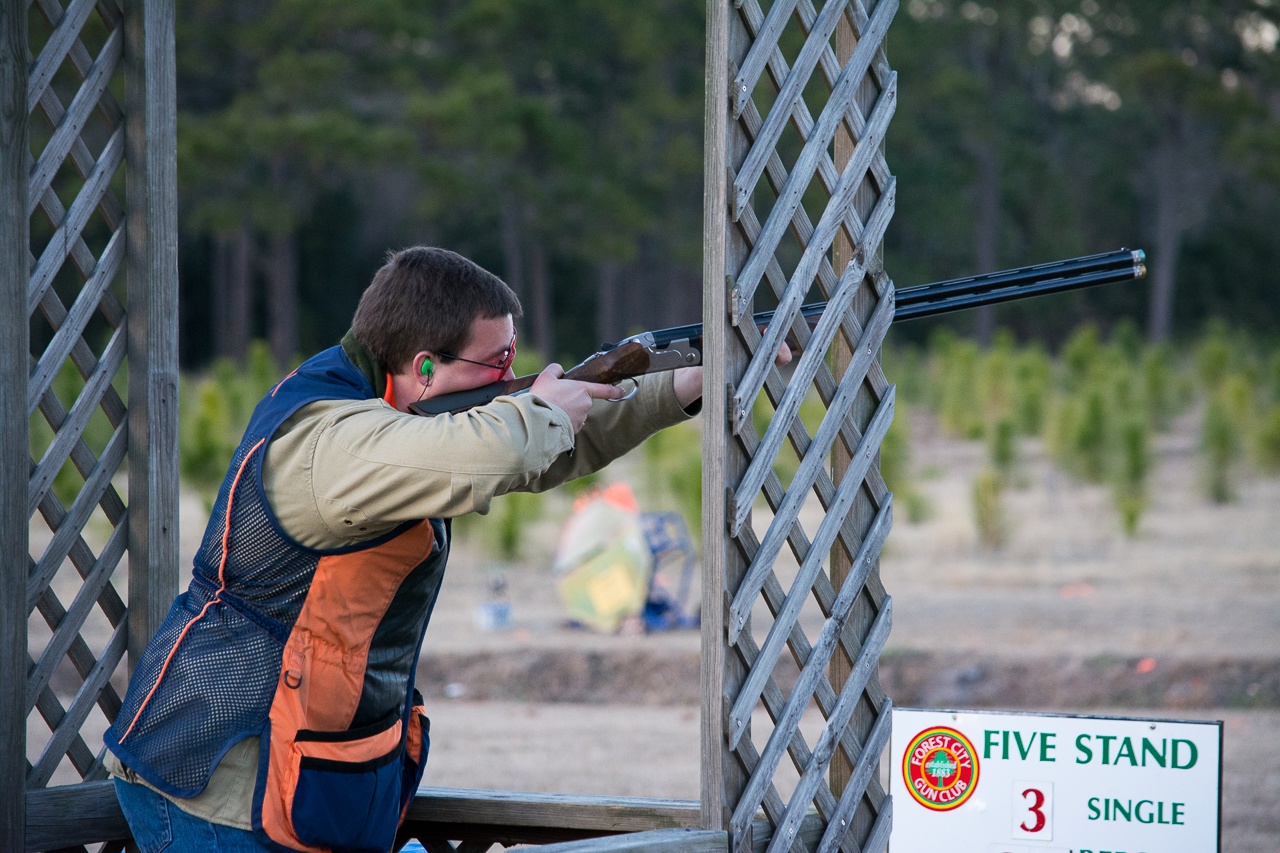 At the conclusion of a particularly humbling round, sporting clays has been called a lot of things by a lot of people. Many of them are not suitable for a family website like this Beretta Blog. However, I vividly remember the two things I said after completing my first ever round of sporting clays in 1984.

The event was media day at the Minnesota Horse & Hunt Club. They had just finished installing their first sporting clays course, but not yet opened it to the public. Members of the press were invited to shoot the “new game” in hopes of providing some pre-grand opening publicity.

As I walked back to the clubhouse, the manager came up and asked, “So, what do you think?”

I said, “I think … or thought … I could shoot a lot better than that! It was amazing. That has to be the closest thing there is to hunting without feathers or fur.” I took a couple more steps and added, “Could I go again?”

That is sporting clays! It’s exceedingly humbling. It’s exciting. And it’s ultimately addicting. It’s very hard to finish a round and not want to go right back out and do it again … usually to redeem your suffering pride.

Sporting clays courses make use of natural terrain; man-made features like towers and bunkers; different sizes and types of targets; and the imagination of course designers and target setters to recreate virtually every kind of shot presented in the field. Just like the field, target presentations range from gi’mees to nearly impossible shots. There are even rabbit targets that roll and bound along the ground and “springing teal” targets launched vertically into the air.

Targets can be thrown as singles, report pairs (meaning the second target is launched on the “report” of the first shot), or true pairs (in which two targets are launched simultaneously.) A round of sporting clays usually includes a combination of these. Rules on some courses allow “full use” of the gun on single targets, which means two shells can be loaded and fired as necessary. However, in true sporting clays, guns may never be loaded with more than two shells at a time, even in the case of report or true pairs.

The most important basic safety rules apply to sporting clays just like they do to any of the shotgun games. Only load your gun when you’re on the shooting station and it’s your turn to shoot. At all other times, your gun must be unloaded and the action must be open.

Any kind of shotgun capable of firing two shells in succession can be used for sporting clays. Most often you’ll see experienced shooters using over/unders or semi-automatics. However, you can certainly use your pump or side-by-side. After all, it’s meant to closely simulate hunting.

For tournament shooting, 12-gauge is the standard, but there are sub-gauge events at most major shoots. Again, you’re free to shoot whatever is most comfortable for you. When sporting clays got its start, the rules required you call for the bird with your gun in low position and not mount it to your shoulder until you actually see the bird. However, the game has been Americanized and now allows you to call for the bird with the gun mounted.

At first blush, sporting clays may seem complex, and it’s understandable how a first-timer could be intimidated at the expanse of the course, the variety of targets, and all the jargon. The best way to give the game a try is to find a couple of experienced shooters willing to shoot with you on your first few rounds. Maybe you even want to just go along on one round without shooting so you can really concentrate on learning the ins and outs.

If you’re the type who just likes to jump into things with both feet, then go for it! Just be honest when you’re signing in for your first round and let the club manager know. They will be more than willing to answer any questions you have and show you the ropes.

While sporting clays is a great game, it’s not the best place to create the foundation for your wingshooting skills. There’s so much going on and such a variety of targets, it’s difficult to concentrate on learning the basics. It would be like walking out on the golf course at Pebble Beach without ever going to the driving range or practice green first. Learn basic safety and gun handling skills on a skeet range and/or trap range. Then step on to the first tee and have a ball! Chances are you’ll be back again and again.