Dove Season Opener
By Keith Hollar – Guest Contributor
This year I got the opportunity to go on a dove hunt.  It was me first hunting trip. Part of the reason I started to get into clay shooting was so I could at least hit something when I went on this hunting trip.
So after meeting early in the morning on the day before dove season opened and loading up the trucks my dad, me and six other guys set out on the about four hour drive to Parker, Arizona.  We arrived at the vacation house that belongs to the brother of the guy who sets up the trip every year, Neil, to turn on the air conditioner and unload the vehicles.  We wisely decided to wait until the early evening to go out scouting since the afternoon temperatures were in the low 100’s.  We drove out on Indian land and scouted a couple areas south of Poston, Arizona that evening and made a decision on where to go the next morning.
At the early hour of 4:30 a.m., with the temperatures already in the high 80’s, we got on the road for the almost 45 minute drive to the spot we chose to start the opening day on.  We all spread out into different areas of the field to try our luck.  As things got light there weren’t that many birds flying around and not a lot of shotguns going off either.  By the end of our time out hunting that day I only got one bird and I think we only had 17-18 birds between the 8 of us.  From what the guys who had done this before were telling me, this was definitely not normal and it was probably the monsoon rains that had come a couple weeks before and drove the birds off. 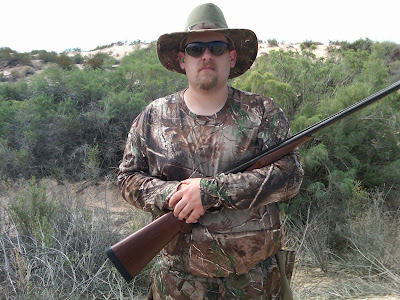 On day two we decided to go to about the same area but to a location that we were getting some success.  We got there early and set up.  I selected a bush that would come to find out was not the wisest choice.  While I did bring down another two birds, the mosquitoes ate me alive.  I had at least a hundred, and probably more, bites even though I was wearing long sleeves, pants and bug spray.  It was over a week before they finally stopped itching.  As he traditionally does Neil made us dinner this second night.  Normally he does it on opening day but because of the low amount of birds we got he had to wait until the second day.  The recipe he chose was a wild rice, mushroom, celery, white wine and dove casserole.  It was pretty good. 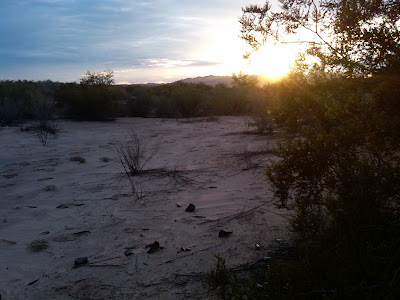 The third and final day we decided to try a completely different location.  This was met with about the same results, not a whole lot.  I hardly saw any birds and only shot at a couple and missed.    Over the three days I only shot a little over a box of shells.
Overall I had a pretty good time, although I was glad to get home after being out of town for most of August.  I do think it is something I’d like to do again, although the 100 degree weather was a little tiring.  Maybe next year I’ll try my hand at quail.
Make sure you follow Beretta on Facebook, Twitter or YouTube
This post and its contents are the views and opinions of the author only, and do not necessarily represent Beretta.