By Jason Parks – Guest Contributor
10 guns I can’t afford....
…right now…
….but wish I had.
In no particular order:
1. NighthawkLondslide 10mm
I generally prefer short barreled pistols, but this one is the exception. I have always liked the look and feel of long slide 1911 pistols. I tried to buy or trade one away from a good friend of mine, but he never would let go of it. As long slides go the Nighthawk is the coolest one I have see so far. It comes in 10mm so the only thing that would make it better is if it was in .45 ACP. (Picture courtesy of http://www.knesekguns.com/commercial/Nighthawk-10mm-Long-Slide) 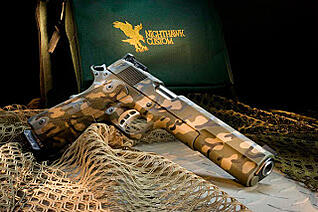 2. Smith& Wesson Model 325 Thunder Ranch .45ACP
In a world where tactical semi-auto pistols reign supreme, I like the direction Smith & Wesson went with this pistol. Given the choice between Smith & Wesson Model 325 Thunder Ranch and a tactical semi-auto, I would have a hard time deciding on which to get. (Picture courtesy of http://www.knesekguns.com/commercial/SW-Model-325-Thunder-Ranch) 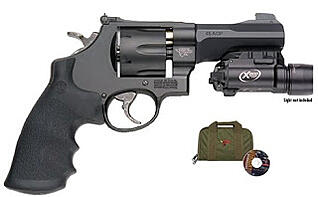 3. WinchesterModel 1895
This is one awesome rifle. I would prefer an original 1895 Winchesterin .405 but would not complain if it was in .30-06 or 7.62x54R. I love old, large caliber, lever action rifles like the .405, but it would be really cool to have one that shoots .30-60 like my deer rifle. Who wouldn’t want to own a piece of history like a Model 1895 Winchester? (Picture courtesy of http://www.americanrifleman.org/articles/winchester-model-95/) 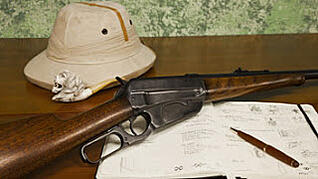 5. USSGDouble Rifle .45-70
Every hunter alive wants a double rifle, but few can afford them. Once again, the USSG Double Rifle comes in .45-70, but I didn’t know this one was available until I started this post. As double rifles go, this one is almost affordable. The next step up costs 5 times as much. I might be able to afford this one if I liquidate some inventory and clean the kitchen every night for the next 8 years and vacuum for the next 12 years and.... (Picture courtesy of http://www.budsgunshop.com/catalog/product_info.php/products_id/60304) 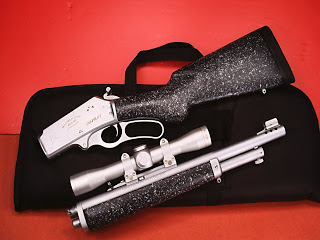 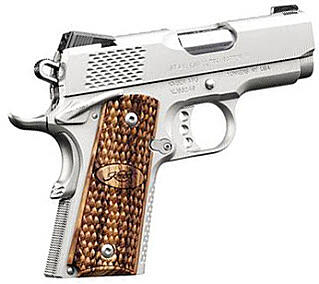 8. Henry Mare’s Leg .44Magnum
I grew up watching Steve McQueen bring in the bad guys with this gun on Wanted Dead or Alive. Ever since then, I have wanted a Mare’s Leg. There are several out there now to choose from, but I like Henry's brass receiver and octagon barrel. (Picture courtesy of http://www.henryrepeating.com/rifle-mares-leg.cfm) 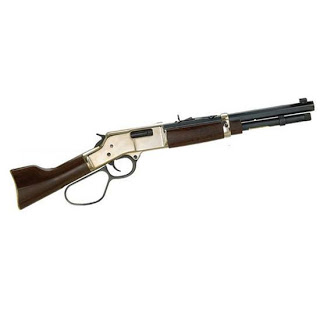 9. Uberti Top Break 2ndModel No. 3 .38 Special
If I were to take up Cowboy Action Shooting full time, this pistol would be my first choice. I prefer short barreled revolvers especially when it comes to single action pistols and the ease of loading and unloading a top break pistol is obvious. (Picture courtesy of http://www.uberti.com/firearms/top-break.php) 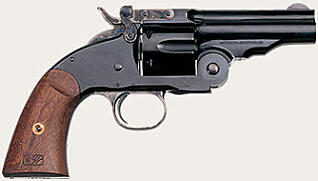 10. BerettaA400 Xplor Light KO 12 gauge
Like I have said, I like light, short barreled guns. I also prefer semi-automatic shotguns over pump or double-barreled shotguns. I didn’t add this one to kowtow to Beretta. I have a semi-auto shotgun that I am very happy with. It is not a Beretta, and it is not a 12 gauge. But if I needed a new shotgun, the Beretta A400 Xplot Light KO would be at the top of my wish list. (Picture courtesy of http://www.berettausa.com/products/a400-xplor-light-ko-12ga-3/?F_All=Y)

Bonus:
11. Philips& Rogers Medusa Model 47
I might be able to afford this pistol if I could ever find one. If you are not familiar with this revolver, it is a .38 caliber pistol that has the capability to shoot 25 different types of ammunition including .357 Magnum, 9mm, all types of .38’s and 7.62x25. This is one of those if I could only own one gun types of pistols. In a survival situation, this pistol is the one to have. (Picture courtesy of http://airbornecombatengineer.typepad.com/airborne_combat_engineer/2007/05/medusa_revolver.html) 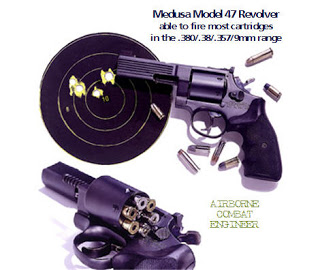