By Carrie Lightfoot - Guest contributor
A recent post on The Well Armed Woman Facebook page on “Why we carry a firearm” created quite a stir and evoked an awesome amount of passion. One word kept smacking me in the face. That word was TRUTH. What frustrates the law abiding, good American citizen is the avoidance and mistreatment of what is the truth in the typical anti-gun conversation.
Not all of the words below are mine, but I will write them in the first person as my reasons for carrying a firearm are the truth for me personally. Therefore no one can argue with me as what is true for me, is mine alone. However, I do not own these truths, they are not new and I know that for millions of firearm owners these truths are what lies at the heart of their choice to arm themselves. 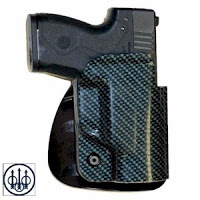 “Truth is tough.  It will not break, like a bubble, at a touch, nay, you may kick it all about all day like a football, and it will be round and full at evening.”
~Oliver Wendell Holmes

“If one tells the truth, one is sure sooner or later to be found out” Oscar Wilde