A Day at the Range

From time to time, we receive questions about how we come up with some of our videos. Today, for example, we went to the Prince George's County Trap and Skeet facility to shoot some footage of Brian operating the A400 semiauto and Silver Pigeon over and under.

Our followers on Twitter and Facebook asked us to explain why Beretta is known as one of the best over and under products on the market. So, we decided to go to the range and shoot some video footage about it.

You could not have asked for a better day: the sun was not too bright, the temperature not too hot, and the clouds were just enough to give our video footage the perfect light. We first shot some footage indoor, with Brian presenting an overview of the Silver Pigeon and the entire line of Beretta over and unders.

We then moved out to Station 12 to shoot footage of Brian smoking targets left and right. I have to admit he's a pretty talented shot.

Even I got to do some shooting. What impressed me the most was exactly what Brian said about our over and unders: they really have a low profile, and allow for very instinctive shooting!

In addition to the Silver Pigeon I, we also shot the A400 Xcel and Xtreme.

I have to admit: I am having a hard time deciding which one is better. The Silver Pigeon certainly has the traditional, high-level lines that I think of when I think of quail hunting. The A400 series, however, has virtually no recoil, which is obviously important when you're firing hundreds of rounds or three and a half inch cartridges.

Here's the good news. I don't really have to choose! Come next week, when Brian and I go back to Prince George's County trap and skeet to shoot more video footage, I'll be able to use any one of these guns once again.

Life at the Beretta doesn't get any better than this! 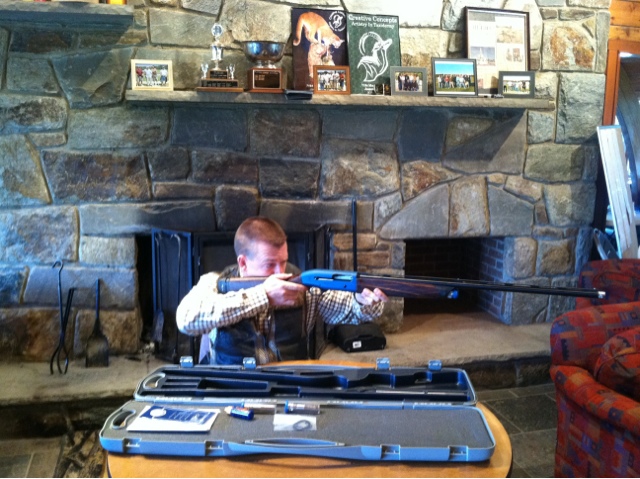