Impossible Expectations in Firearms Use – Part 1 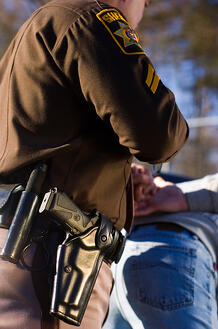 Whenever a law enforcement officer uses deadly force in self-defense or defense of others, there is a segment of the population that criticizes that force. This is based on a lack of understanding of law enforcement officers training and skills under stress. These unrealistic expectations are not consistent with legal decisions and only serve to further separate the police from the citizens they serve. As concealed carry continues to gain popularity, armed citizens should be concerned over these impossible expectations that misled individuals would like applied to law enforcement officers because someday it may be applied to them.

Officers do not start their tour of duty hoping to be involved in any life or death situation. The physical, legal and mental ramifications are too great. The truth is police officers react to situations to which they are sent to or come across during their shift. They do not control the time or location of the encounter, nor the words or actions of the people they encounter. Officers have a legal responsibility to protect others from violence, regardless of the personal danger involved. Many times they neither have the luxury, nor the obligation, of non-performance of their duties.

Some of the most ridiculous expectations suggested for law enforcement response to deadly force encounters include:

Understanding police training and court decisions help explain why these expectations are impractical, impossible, and dangerous to implement for anyone.

Graham v. Connor recognizes that officers react in situations that are, tense, uncertain, and rapidly evolving. Additionally, they recognize that the nature of law enforcement, requires officers to make, split-second decisions without the benefit of hindsight 20/20. This means that any information discovered after the fact cannot be applied retroactively to any situation.

Expectation #1  Recognizing a Real Gun From a Fake One

It is impossible to identify a real gun from a fake one under stress.  Citizens constantly call in 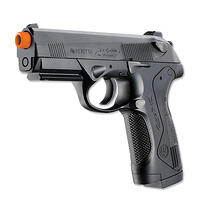 complaints of armed subjects. There are air soft and pellet guns available for almost every make and model firearm. They are very realistic and although air soft is supposed to be recognizable by the orange safety tip on the muzzle, its common for individuals to color the tips with a black marker, to wrap it with electrical tape, or to break the tips off completely. Its tragic when someone is shot when armed with a toy but its unreasonable to place that burden on the officer or armed citizen.

Expectation #2  Prohibiting the Shooting of an Unarmed Subject

Unarmed people are killed more than is publicized. It is a hard pill for people to swallow when they have never experienced such a situation. It is easy to Monday morning quarterback others who use deadly force. It is astonishing when outsiders criticize others actions by employing 20/20 hindsight and without a threat to their personal safety. Unarmed subjects can quickly become armed through the use of atypical and environmental weapons. Many deaths occur every year from blunt force trauma and strangulation. Objects like, sticks, rocks, walls, cement, automobiles, and fists can cause blunt force trauma, which leads to death or serious injury. The fact is that no one is ever truly unarmed.

When an officer faces a threat there are circumstances when it is appropriate for them to discharge their firearms. One such situation may be a furtive movement that would lead a reasonable officer or person to believe their life is endangered. Subjects who pretend to be armed sometimes threaten officers. An officer is not expected to wait and see if a subject is bluffing. If they do, it may be too late.

A firearm is not the only weapon that constitutes a deadly weapon. Any object that could be used to cause death or great bodily harm can rise to the level of deadly force (eg: a knife, a hammer, or a nail gun) The criteria for meeting this standard is that the victim must be in fear of losing their life and that other similarly-situated individuals would also reasonably believe that the victim's conclusion and analysis were correct. An average person's stamina in a physical encounter is between 45 seconds to a minute. After that, stamina runs short and a variety of physiological changes begin to occur. These changes include loss of dexterity, tunnel vision, and ultimately, loss of conciousness. A person is close to losing conciousness when their peripheral vision deteriorates to the point that there is a sensation of "walls closing in." It is important to recognize that deadly force isn't simply the result of someone brandishing a firearm: many other objects within the enviroment rise to the level of deadly force. These objects can, and have, caused death or great bodily harm.

(This is part 1 of a series that will continue. Join our blog, to know when the next installment is published.)