Can You Hunt with a Sporting Shotgun? 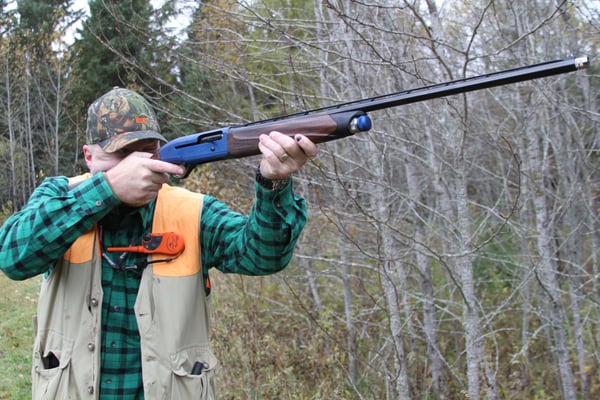 What is the ultimate purpose of a hunting shotgun?

It’s not a trick question. Don’t overthink it.

The purpose of a hunting shotgun is to solidly hit the flying game at which you are shooting it.

So then … what is the purpose of a sporting clays shotgun?

Again, it’s to solidly hit the moving target at which you are shooting it.

Also See: How to Fit Your Shotgun

It’s all so simple … right? If the goals are one in the same, then why is there such a big deal made out of separating “field guns” from “sporting guns?”

I decided to dig in a bit deeper through hands-on experience of taking a “sporting gun” into the field and a “field guns” into a sporting clays tournament. My gun safe is full of field guns from which I could choose, but I needed a real sporting clays gun for the trial, so I ordered up a Beretta A400 Xcel in 20 gauge. With the duck opener and ruffed grouse season at hand, I figured it would make a great test subject for the woods … and I was right!

When the shotgun arrived, I went straight from the gun store to the range to get the feel of the new gun on … what else … clay targets. In my mind, this is a mandatory step with any new shotgun with which I plan to hunt.

Things went well. I broke most of the targets I shot at both on the skeet field and the clays course at least as well as with any of my other shotguns. Right out of the box it fit me well without adjustment. I’m fortunate to be of the average build, height, arm length, and neck length for which most gunmakers aim. And, because I’ve shot so much with so many different guns, I quickly subconsciously adapt to most.

Reviewing my notes from that initial session, what impressed me most was the light perceived recoil from such a lightweight, responsive shotgun. That’s been my impression of the Beretta A400 action and KickOff (KO) recoil system ever since I began shooting these guns at their media introduction in Italy.

One of the tests there was for a company rep to load the guns for us without us seeing them do it. They randomly loaded everything from light target loads to super-magnum 3 ½-inch turkey loads then handed the guns over for us to shoot. I’d be lying if I said we could detect no difference, but it was much more subtle than you’d expect. I’m no fan of 3 ½-inch magnums for anything, but the A400 action makes them tolerable.

Now the A400 Excel chamber is for 2 ¾- and 3-inch shells only – even in the 12 gauge models – as makes sense for a target gun, but it handles magnum loads well which is nice for the occasional foray into the field and would be essential for my planned duck hunt. Over the years, I’ve noticed sharp recoil especially from 20-gauge 3-inch loads, but the A400 Sporting definitely took the edge off of them even without the KO system (which is not available in the 20 gauge sporting model.) 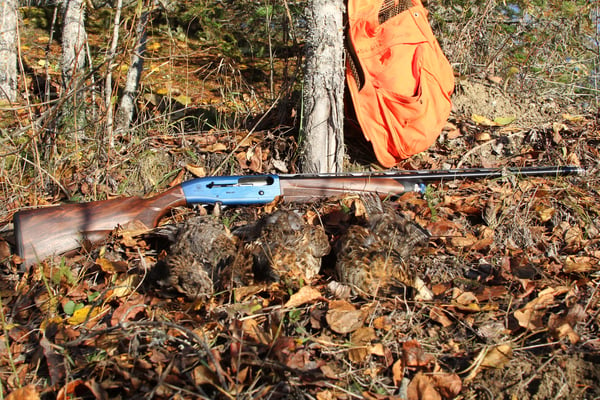 The gun feels light (which it is, weighing only 5 lbs. 4 oz.), and excellent balance makes it feel even more so. The beauty is that because the A400 Excel Sporting comes with a standard Balance Cap on the magazine, you can easily adjust that balance just the way you want it. The light feel is an even greater boon in the hunting field than on the clays course because in hunting you carry your gun all the time with no cushy golf carts to ride in!

The wood on the A400 Excel I received is absolutely beautiful, as is the overall finish on the gun. It’s easy to say “looks don’t matter, results do” especially on a hunting shotgun. However, I also subscribe to the philosophy that “life’s too short to hunt with ugly guns.”

In this case, however, beauty turned out to be a detractor. The duck hunt on which I’d planned to take the sporting gun was conducted in nasty weather and rugged terrain – namely bouldered islands in a huge rice lake in southern Manitoba. It rained constantly. Sometimes it snowed. The boulders we climbed to sit among as blinds were craigy and slippery. I just couldn’t bring myself to subject that beautiful wood to such perils on the gun’s maiden hunt. I left it at the cabin and used the beat up old field gun I had brought along as a backup.

One other thing on looks. The receiver of the A400 Excel Sporting is bright blue. Not traditionally “blued” – bright blue! It’s eye-catching on the clays course, but it really attracts attention (not all good) from your hunting buddies when you uncase it at the truck for a grouse hunt. You have to decide if that’s good or bad.

A few weeks later, in much better weather, the sporting gun made it into the grouse woods with outstanding results.

I often chose to hunt grouse with double guns, but few can compare to the lightweight of this sporting gun. The grouse is described as the bird of miles – meaning the more miles you put on the more you’ll see. And carrying the A400 was a pleasure compared to many O/Us I’ve owned. And because of the tight windows of shooting opportunity grouse usually offer, the speed of the Beretta Blink semi-auto system is indeed welcome. It’s put to better use in the grouse woods than anywhere else I can think of.

The trend in sporting shotguns these days is for longer barrels, so I ordered my A400 with a 30-inch spout. It would have been perfect in the duck blind, but was a tiny bit unwieldy in thick grouse and woodcock cover. It was fine for walking forest trails, but I noticed the difference in the alders and dog-hair popple which is why my grouse guns generally have barrels of 26 inches or less.

In all, the experiment was a success. The sporting gun hit what I pointed it at on the range and it the woods. I suspect it would have done well in the duck blind, too, had I not been such a coward about marring its awesome good looks. Maybe after it gets a few seasons on it, I’ll have to try it again.