Can You Shoot to Police Standards? 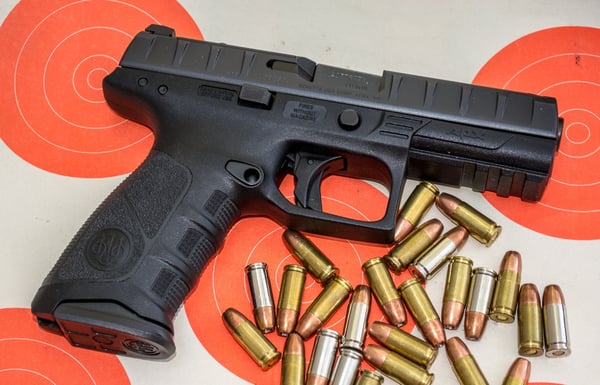 Without pictures, it didn’t happen. Unless you bring back a t-shirt, you didn’t go. And without skill and progress measurement, you can’t improve.

One way to exercise your skills and measure your progress is to practice with a structured course of fire. A good routine will “walk you through” a variety of skills like strong hand only, support hand only, two-handed shooting, draws from a holster, and magazine changes. While the shooting community has developed hundreds of such practice scenarios, you don’t have to look any farther than your local law enforcement agency to find one. While every agency differs in the details, most have a structured qualification course of fire that every officer has to complete on a regular basis.

Also See: How Lack of Time Can Make You a Better Shooter

Are law enforcement qualifications designed to create Master Class shooters? No. Shooting skills represent a small percentage of the overall job requirements of police and law enforcement officers, so most qualifications, even those used by the Federal Bureau of Investigation, are relatively easy to pass once you figure out the basics. What these qualifications do well is provide a standardized practice, testing, and measurement methodology that allows both comparison against a known and stable standard and the ability to measure performance improvement (or degradation!) over time. It’s also not a bad thing to have in your back pocket in the event you’re ever involved in a self-defense encounter. Being able to tell the court something like “I take my responsibility to carry a gun very seriously. That’s why I train to the same, or greater, standards than the law enforcement officers in this room,” is probably not a bad thing.

So how can you leverage these qualification courses of fire? First, find a qualification that works for you. If you want to test and train against the standards used by your local law enforcement, start by web searching the name of your city, county or state combined with terms like “firearm qualification course of fire” or similar words. I live in South Carolina and quickly Googled my way to the South Carolina Criminal Justice Academy. Right there in the General Information / Forms section was a document with the complete course of fire outlined. Let’s take a look.

The course consists of six different stages representing different scenarios. Five of those stages require drawing from the holster. For self-defense training, that’s a good thing to work into your routine. Here’s where your training will be more difficult than that of your local law enforcement candidates. You’ll want to draw from total concealment whereas officers carry openly. Hey, it’s a good challenge, and you'll have to be faster to make the time limits from concealment. Here are the six stages.

From a distance of three yards, draw and fire two shots at your target. The course of fire will usually specify a specific target type, but you can use your own as long as you keep consistent. If the course is too easy for you, just use smaller targets. Repeat this two more times for three total shot strings. You have two-seconds per shot string or six-seconds total for the stage.

From 12 yards, draw and fire four rounds to empty. It helps to load your gun with only four rounds to start the drill! When the pistol runs dry, load a fresh magazine and fire two more shots. You have 12 seconds.

Again from the 12-yard line, but starting from a Weaver Stance or bladed ready position, fire two rounds in three seconds and repeat that string three more times. Then, fire two rounds, reload and fire two more shots within 12 seconds.

Things start to get interesting in stage five. From 15 yards and a cover position behind a barricade, fire three rounds from the strong side around the barricade without using it for support, then switch to the opposite (weak) side and fire three more shots. You have ten seconds for this part.

Next, from the same distance, drop to a kneeling position on the strong side and fire three rounds. Move (and remain kneeling) to the weak side of the barricade and fire three more shots. You have 12 seconds.

You’ll move back to the 25-yard line for the final stage and again use a barricade. Fire the first two rounds from the rollover prone position. The rollover prone position has your head resting on your firing-side shoulder and bicep. Bend your support-side leg to raise the body slightly off the ground so you can breathe. This also helps provide clearance for officers who have a belt full of gear.

Now move to a kneeling position and fire two rounds from the strong side. Fire two more shots from the weak side. In this stage, you can use the barricade for support. You have 30 seconds total. Take your time and get accurate hits.

If you’re a new shooter, this course may take some practice to master. Take your time and be safe. Speed will come with practice, so don’t try to move faster than your skill level. If you’re an experienced shooter, you may not find this challenging. That’s OK and these courses can still be valuable. Just shrink the targets or reduce the time allowed on each stage. Or do both. The value lies in a practice and testing routine that has you drawing from the holster, shooting from different distances and positions, and reloading.