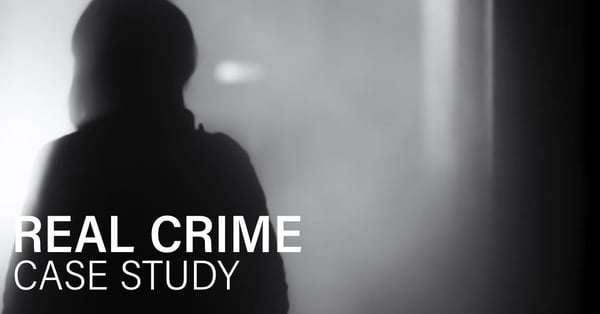 When I rounded the corner in front of my house, I could see into my backyard. The man was there, behind my garage. I had seen him earlier, when I’d left to pick up my son from school, just across the street. He looked out of place then, and I’d made a mental note of him. I even made eye-contact as I slowly drove by and gave him my best I-see-you look.

Now, though, he was on my property. He was trespassing, and it looked like he was hoping to find someplace to hide. I locked up the brakes and called an audible, getting out of my car and sending my son on foot in the opposite direction to our neighbor’s house, and dialed 911.

In hindsight, I should have stayed in the car. That thought never once occurred to me. I went into protector mode.

Having seen the man twice, I was able to give the police a good description. The dude was white, mid-30s, maybe 150 pounds. He was stick thin, wearing tan skinny jeans and a pink polo shirt.

As I was spelling all of this out for the 911 operator, I went around my house. He was gone. Our neighborhood was built during the 1930s. It is full of small craftsman houses built on alleys, and I’d assumed he had seen me coming and bolted. As a result, I was reasonably relaxed on the phone. I walked back to the street, finishing a full lap around my house, when I found him.

Or perhaps it would be better to say he found me. He had jumped my neighbor’s privacy fence and then strolled through the gate like he owned the place. But I was standing in that narrow space between the houses, and he walked right into what I’d confidently say is my personal space.

The look on his face suggested he hadn’t expected to find me there. I lowered my phone, which I’d held in my left. As I did, I could hear the 911 operator advising me, somewhat frantically, not to confront him.

But it was too late for that. I was, at that moment, carrying a .380 pistol in the right front pocket of my shorts. I had my hand firmly around the grip, and had pulled it from the pocket holster, but had not drawn the gun.

The man wasn’t watching my hands. Instead, just three feet from me, he was staring, unblinking, into my eyes. I was almost a foot taller than him and outweighed him by close to 100 pounds.

I immediately issued some verbal commands. I was hardly polite and punctuated my instructions with carefully curated expletives that communicated my interpretation of his character.

For those who grew in the era of Coyote and Roadrunner cartoons, what happened next is easy to picture. He bolted. He had one advantage over me at that moment, and it was speed, and so he lit out.

I picked up my phone. The 911 operator was still there, of course, and she relayed information to police who were already in their cars looking for him (and me).

When the police arrived to question me, there was no hassle. I informed the responding officers that I was legally armed. I might as well have told them that I was wearing shoes for all they cared. I continued to speak with one officer while four others were trying to find the man a block farther up the street.

When I told the story to some of my friends, they seemed genuinely surprised that I hadn’t shot the man. I tried my best to assure them this wasn’t a shooting situation.

The man, I would learn later, had been trying doors and windows in the neighborhood for an hour or so that afternoon. He had even kicked in a door and entered a house but fled when an alert neighbor chased him.

But I did not catch him in my house. I didn’t actually confront him in my own yard, but on the border of my neighbor’s lawn. And at no point did I fear for my life. Even drawing in this situation seemed, at the time, like an unnecessary provocation. I was prepared to do so, but I did not have to.

In the end, the police took care of business. The man ran from them, too. He played hide and seek behind houses and in wooded lawns, and even ditched his clothes. And he was much faster than the police, who were trying to pursue him on foot.

He was not faster than one of the locals, though, a man whose house he’d tried to break into. That man was in SUV, driving the neighborhood looking for the would-be burglar. And he found him. The man ran directly into the path of his SUV. He took a direct hit from the front bumper. That slowed him down, and the police caught up.

The moral of the story, if I may preach to the choir for a moment, is that you never know when you might need to defend yourself. It may be on a boring Friday afternoon at 3:00 p.m. Or it may not. Still, be prepared.