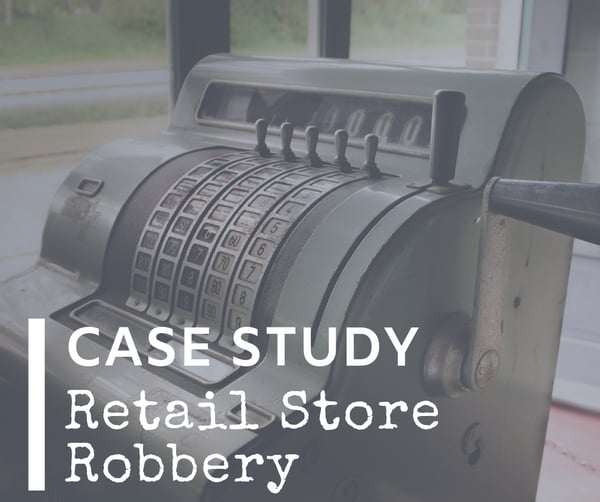 I just read a story in the news about a foiled robbery attempt where a concealed carry permit holder intervened and stopped the crime. It made me pause and reflect on the types of decisions with which anyone who carries a concealed gun can face in a moment’s notice.

On a Tuesday morning at about 9:45am, a man walked into a Dekalb County, Georgia Dollar General Store. At the time, the store was relatively quiet, with four or five other customers in the free-standing building. The man pulled a gun, pointed it at the two cashiers on duty, and demanded money.

A customer with a concealed firearm was in the back of the store and heard the commotion at the front counter. The customer moved to the front of the store where he saw the robber pointing a gun at the clerk’s face. One of the two employees was handing money to the robber at the time. The customer drew his weapon and fired several times, killing the robbery suspect. Police said that the armed citizen acted as a Good Samaritan and do not have plans to file charges.

Let’s be clear. The intent here isn’t to pass judgement, but to examine the “what-if” possibilities for the benefit of improved self-defense preparation. With that said, a report like this brings up important questions. If you carry a gun for personal protection, these are the types of things you need to contemplate before you’re involved in such a situation.

The conventional wisdom for surviving an armed robbery is that the victim should do exactly what the robber says and cooperate fully. Money or things aren’t worth dying for, and if that’s all that the armed robber wants, then parting with the goods is often the safest strategy. It’s also not worth taking a human life, even a criminal’s, over stuff. Besides, as a legally armed civilian, your job isn’t to protect “stuff” it’s to prevent imminent death or grave bodily harm.

Are you still better off playing the odds and cooperating in a situation like this? Maybe or maybe not and therein lies the problem. When someone is pointing a gun at you and saying threatening things, do you have any way of knowing what their intent is? Can you be sure that they’ll leave peacefully after he or she gets the money? They should, but are you willing or able to make that instantaneous decision knowing that it involves life and death consequences? There is only one person present who knows the outcome, and it’s not you. That’s a rotten situation in which to find yourself, isn’t it?

This is something every armed civilian should think about – hard. If someone points a gun in your face and demands something or else they’re “going to kill you,” are you going to take that at face value? You will be literally betting your life on making the right call. The odds are that the robber wants nothing more than the money and to get away. But there are cases where victims are killed after they cooperate fully, so how do you know? You don’t and that’s the lousy part of a lose-lose deal like that.

Another angle to this story involves the whole question of why one carries a concealed firearm. Is it only to protect yourself and immediate family from unavoidable physical harm? According to reports the armed customer was in the back of the store. Presumably, that customer was not in immediate danger from the armed robbery. What if you were that customer? Would the right answer be to stay put until the event is over and the robber left? Would you have looked for an emergency exit in the back of the store to exit the premises? What if you had a child or family member with you at the time? How would that have impacted your decision? Would you have intervened like this customer did?

While every situation is different and we can offer no specific “default” advice, most self-defense trainers agree that intervening in an active situation is generally a bad idea. Stepping into a high-stress situation, you may not have all the facts. Who’s the good guy and who is not? Are others involved that you may not see in the immediate area? Sure, if you stumble upon an active shooter that is killing people at random, the facts can be more clear and you may have a better information on which to make an intervention decision. If you stumble upon one person robbing another, do you know what was said or done before your arrival? Do you know for sure that the robber will inflict harm after he or she gets what they want? Do you know what the victim’s strategy is?

How about the potential results of an intervention like this? Armed citizens are not the police and are not charged with public safety or crime prevention. If you intervene, and something else goes wrong, say you wound or kill a bystander when you start shooting, what happens then? What if this particular armed citizen shot but the robber still managed to fire his gun at the clerks? You’re going to have to live with the consequences of whatever happens because of your intervention. You might kill not only the criminal, but an innocent bystander with your shots. Or, your action might cause the criminal to harm an innocent bystander. You might be charged by the police. You might be sued by the criminal’s family. If your actions cause collateral damage, you’ll almost certainly be sued by those victims.

The question of why you carry is a critical one. Do you carry for you or for others? Now is the time to think about your priorities should you ever find yourself in a situation like this one. Lots of highly respected people I know would advise (knowing the limited facts we do about this case) that the armed citizen should have stayed put or tried to get away. Lots of other highly respected people I know would have chosen to intervene to protect the store employees who were being threatened with harm or death. So, decide where you sit on that spectrum. Is your gun and training only for the purpose of protecting yourself and your family? Or are you the type that wouldn’t or couldn’t allow harm come to others knowing that intervention is fraught with risk? There is no right or wrong answer to this question; it’s a decision you must make for yourself. The tough part is that there are an infinite number of scenarios and an equally infinite number of possible outcomes - and all of them involve all manner of risk. You can’t game plan them all, but you can start with some of the high-level questions.

Knowing what little we do about this case, what would you have done?