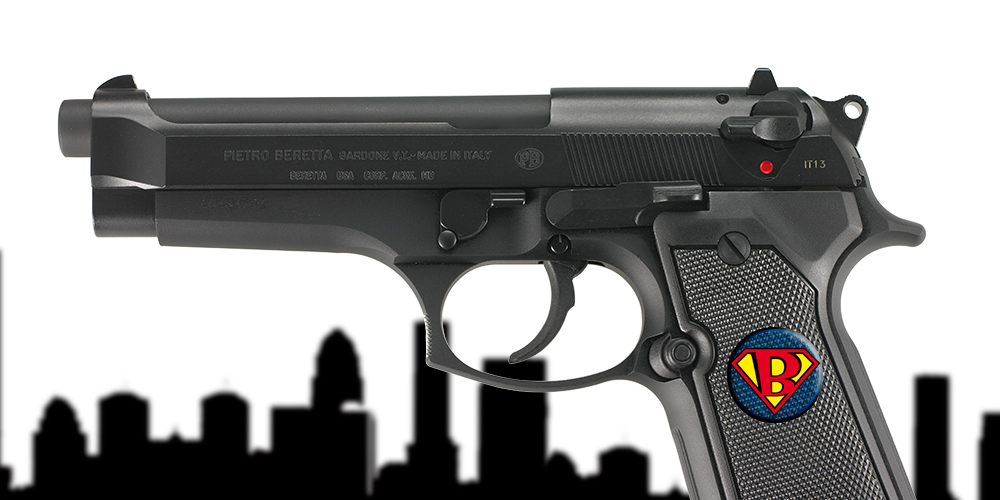 I came across an old movie from the 1980s today called “Hero at Large” starring John Ritter.  It wasn’t a great movie, but it’s one that I remember because of one scene in particular.  Let me set it up for you.  John Ritter is an out of work actor who is hired to promote a Captain Avenger film.  One day while walking home (still wearing his Captain Avenger costume), he walks in on a robbery at a convenience store.  He startles the suspects and foils the robbery attempt.

He is instantly made a superhero in the media, which plays right into what the movie producer wanted when hiring him for the job.  In the process, Captain Avenger comes to life through this actor, and he goes around the city playing the superhero role and reveling in the publicity.  Then in one of his escapades he tries to stop a man with a gun and is shot.  Fortunately for him, it is only a graze wound to the arm, but it immediately bursts his fantasy and brings him back to reality.  I will always remember the stunned look on his face after being shot.

You might be saying, “OK William…So what? What does this bad movie have to do with me?”

I think that a lot of people who concealed carry guns fall into a trap similar to that depicted in the movie - they begin to think they are invincible.  Sure, everyone knows that people get shot and that it could very well be fatal.  But if you listen to them talk you’ll hear accounts of what they would do if…  They talk about how good of a shot they are or how well they qualified with their handgun or rifle. They begin to gain a false sense of confidence and superiority as if they have become James Bond and can handle any situation that may come up.

The reason I bring it up is that I was also doing some reading today about actual shooting events and how accurate (or should I say inaccurate) the shots were.  People in my CWP classes are always shocked to hear that the hit probability for police officers is only about 25% in an actual shooting. Those 25% of shots that are hits are not necessarily an effective shot to stop the aggression.

One great source of data is from the New York Police Department, which has been collecting details about police shooting incidents since the 1970s.  The data below ranges from 1994 to the year 2000 and includes shootings of perpetrators as well as dogs.  The accuracy, or hit potential, is listed by distance: (source: http://www.theppsc.org/Staff_Views/Aveni/OIS.pdf)

As you can see, the average shooting incident is far from what is depicted in the movies and
most likely far from what most people carrying a firearm believe their own abilities are.  I can
imagine that most readers are rolling their eyes in disbelief thinking that these must be some
poorly trained officers.  Interestingly enough, the studies show that it doesn’t matter how they
qualified; that has little to do with how they will respond in an actual shooting incident.

We could delve deeper into police shootings and the training implications that stem from them,
but that takes us far from my initial point.  What I’m trying to point out is that it doesn’t matter
how well you shoot that paper target.  It doesn’t matter that you have had military or police
training.  What matters is that the dynamics of real shooting incidents are very much
misunderstood by professionals and civilians alike.

We tend to watch our heroes on TV fire two rounds and take out two bad guys.  The world
doesn’t work that way.  Neither you nor I are Jason Bourne - no matter how much we might
fantasize about it.  I say this to try to get the reader to see that the beliefs of the general
population don’t reflect reality.  John Ritter wasn’t Captain Avenger in the movie above, and
neither are we super heroes.  My deepest hope is that those who carry a gun as a police officer
or as a CWP holder will seriously look into the dynamics of shooting situations and will prepare
for the reality of them rather than holding to the movie hero mentality that many now have.

Take the time to read about the Miami FBI shootout, about the NYPD shooting reviews,
and as many others as you can.  Learn about the physiological impacts of stress and what they
mean to someone in a deadly force encounter.  Research low-light combat and how to
effectively deal with what happens in those conditions.  There are tons of resources available in
print and on the internet.  And when you get deeper into the subject, ask yourself how these
lessons can be applied to your firearms training.  It’s what each professional firearms instructor
does and what you should be doing as a student of firearms.

The most important skill you can have as a student of the craft is the ability to make good
decisions based on facts.  The second is to have the skills to effectively act on those decisions.

Knowledge is power - power to hopefully survive in a deadly force incident. Learn everything
you can.