Convergence: Why Your Zero is Only Correct at Two Distances 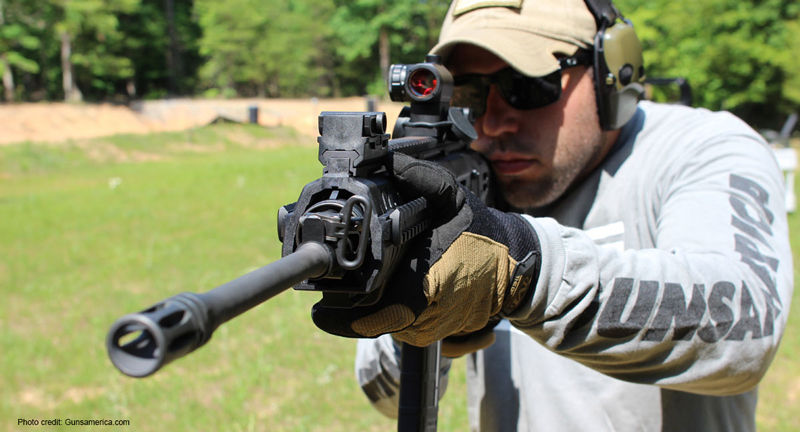 It’s a common misconception that once a bullet leaves the muzzle of a gun, it rises. When I was a young man I simply couldn’t understand what forces of nature caused this phenomenon to occur, yet the photos in the books always showed the bullet rising up above the line of sight when the parabolic curve of a bullet’s trajectory was illustrated.

Also see: How To Improve Your Handgun Accuracy In One Easy Step

The fact is that maybe it isn’t a misconception at all because the bullet has to rise above the line of the sights for it to hit where the sights are aligned because the bore of the gun is below the line of sight. To understand all this, you have to understand a little bit about how a bullet reacts to gravity once it’s fired. When a bullet is fired from a gun, it falls at exactly the same rate it would fall if it were dropped from your fingers. Gravity exerts the same pull on the bullet whether it’s traveling at 3,000 feet per second or dropping from a table.

If we could see the flight path of the bullet, it would represent a parabolic arc with the rate of curve increasing with distance. This is simply because the further the bullet goes, the slower it is and since the effect of gravity is the same no matter how fast the bullet flies, the angle of drop is sharper at the slower speed. The confusing part of this is the relationship of the curved flight path of the bullet relating to the straight line that’s created by the sights or scope.

The Modern Sporting Rifle, the politically correct term for guns like the Beretta ARX100 or AR15, is a great example of this. The design of these types of rifles causes the bore of the rifle to be very low under the sights. This allows less muzzle jump and facilitates staying on the target for a fast followup shot, but it does create some issues in zeroing for close ranges, as used in three gun matches. Since the scope on an ARX100 is about two and a half inches above the bore of the rifle, the Modern Sporting Rifle is much more susceptible to problems with close zero. 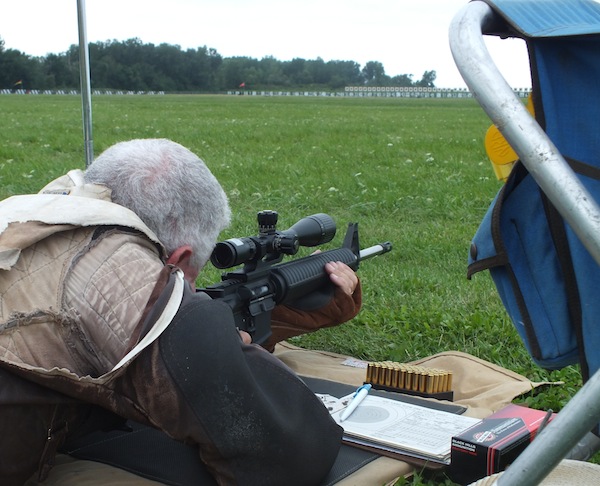 Bolt action hunting rifles have only about 1.5 inches of offset between line of bore (LOB) and line of sight (LOS) compared to the two and a half inches of the MSR. An MSR that shoots at point of aim at 25 yards will be about six inches high at 100 yards. The second convergence of LOS and LOB will be at 300 yards. A bolt rifle with a 1.5” offset will shoot only about three inches high at that same distance. This is because the angle of convergence is greater with the higher line of sight over the bore.

These numbers are based on ammunition with muzzle velocities around 2700 feet per second, the approximate velocity of the .223 round and most currently used deer calibers.

While the Modern Sporting Rifle is fast gaining a following among hunters, far more hunters use traditional bolt, lever, and semi-auto rifles with much less scope offset but the same issues apply though the changes aren’t as extreme. Many Eastern hunters zero at the distance they assume they will most likely shoot. In the Eastern states, few deer are shot at distances beyond a hundred yards and many hunters sight in at that exact range. If there’s any chance the distance will exceed 100 yards by any significant amount, this is not a good idea. A rifle zeroed at 100 yards means the first convergence begins at 100 yards, and the second convergence is probably only about 150. After that, the amount of holdover required for a longer shot becomes considerable.

It’s true that information like this might be a bit boring, but the fact is that some knowledge and planning in setting up your base zero can pay big dividends if the occasion arises for a long range shot. A little planning can make the difference between a long range trophy and a long shot heartbreak story.