Deadly Force in Self Defense During a Home Invasion 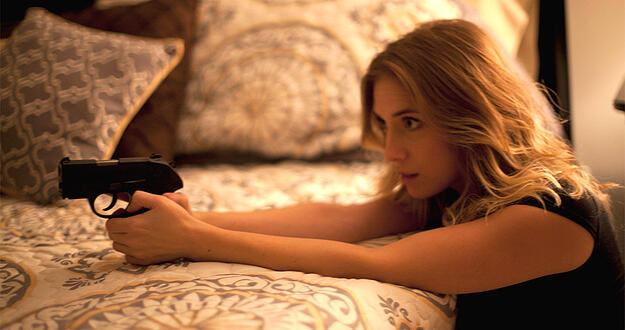 This past weekend, I was talking with a gentleman who survived a home invasion. The intruder broke a window and entered the house. The gentleman’s wife alerted her husband about the intruder and a shootout ensued. Both the homeowner and intruder fired shots, but neither of the men were hit by any of the rounds.

Thankfully, the intruder fled the house. A few weeks later he was caught because of DNA evidence he left behind at the scene. No real surprise, the intruder was out on parole for burglary and is now back in prison for the next 75 years.

In this particular instance, the homeowner was justified in his shooting because, as he told me, he was in fear for his life.  The intruder had a gun. Yet it isn't always so clear. I know a lot of folks are confused about when they are justified in using deadly force in their home.

In fact, some people think you can just shoot anyone in your home no matter what, simply because they’re in your home. And while this may be true in a small percentage of states (such as Texas) it is not true in the vast majority of states and this type of thinking could get you sent to jail.

In order to use deadly force in your home you must be in fear for your life (or that of a loved one) or in fear of serious bodily injury. Using the example above, the homeowner was in fear for his life. When an intruder is shooting, I think we would all fear for our lives.

But picture this home protection scenario….

Let’s say it’s 3am and you hear a strange noise in your kitchen. You grab your gun and flashlight and go investigate. You hear footsteps and then see someone running towards your backdoor trying to flee your house. If you were to fire shots at this intruder, who was trying to leave your house, would this be a good idea? 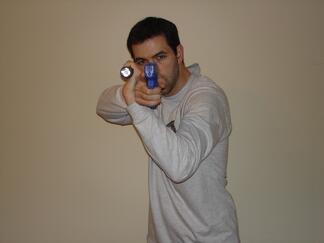 In my opinion, no. In this situation you are likely not in fear for your life, or in danger of serious bodily injury, because the intruder is trying to flee the house, not running toward you or attacking you. If somehow you can justify otherwise, then maybe I’m wrong. But I just don’t think you’d be justified in shooting him in the back.

But let’s say you heard the same noise at 3am and again went down to the kitchen to investigate. If you spotted an intruder and told them to freeze and then they ran towards you with a knife, then I certainly think you’d be justified in defending yourself.

And it doesn’t even have to be a knife (or gun) that the intruder uses as a weapon. If the intruder starts running at you with a crowbar, baseball bat, or screwdriver, these are all tools that could kill you or cause you serious harm.

Probably the most important thing to remember is that every case and every situation is different (and will be treated so in a trial).  Only you know if you were actually in fear for your life or serious bodily injury. If, heaven forbid, you ever have to shoot someone in your home in self-defense, you want to be able to honestly tell the authorities that it was necessary and you thought you might die if you didn’t protect yourself.

Yes, it’s true that most states have a Castle Doctrine and respect a person’s right to defend themselves in their homes, but that doesn’t mean you can just go shooting anything and everything that comes into your home. You still need to be able to articulate that you feared death and, if that fear is genuine, you should have nothing to worry about.

Also, I think most of us can agree that we never, ever want to take another human being’s life unless it is absolutely necessary for protection. And by properly understanding deadly force law in our home we can make sure that the only reason we would ever do this is if there was no other option.