Everything You Need to Know About Shotgunning with Buckshot 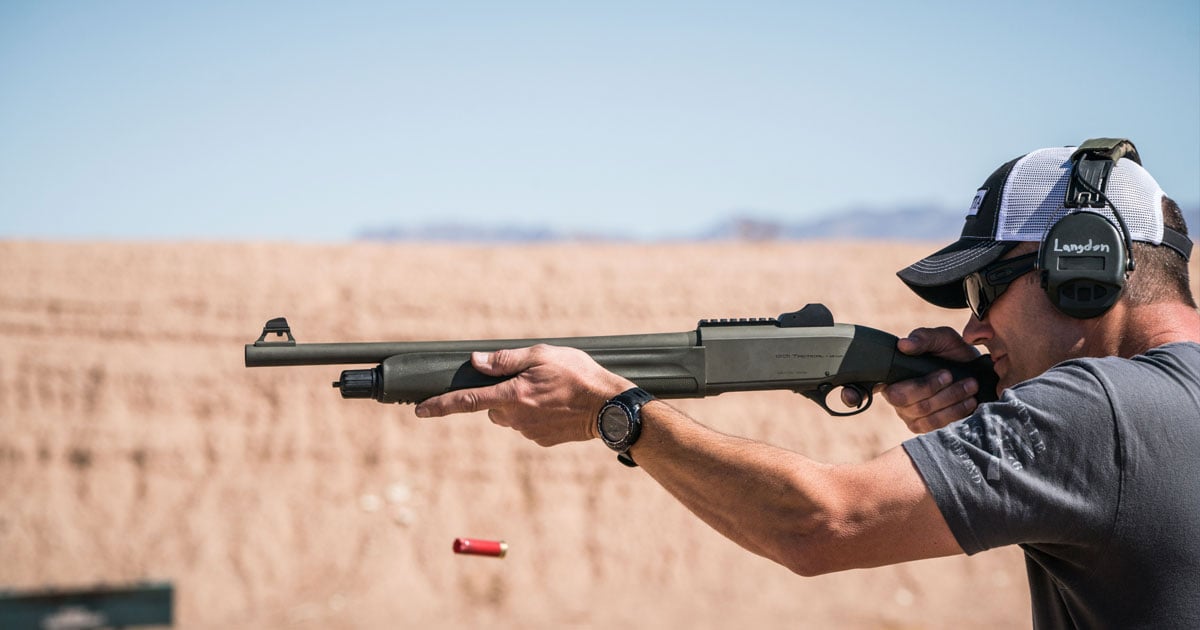 With the rapidly growing interest in shotguns for home defense, tactical use, and 3-Gun competition, buckshot loads are back in the spotlight and in demand! Until these trends took over, interest in buckshot was waning. Few states still allow bucks (actually deer of either sex, for that matter) to be taken with buckshot. Even in those that do, rifled slugs and slugs fired from rifled shotgun barrels, muzzleloaders, and rifles – even handguns – provide more practical and efficient tools to cleanly harvest deer under modern hunting conditions.

Also See: Home Defense: Why I Choose a Shotgun

Buckshot was best used in thick cover on moving game at short ranges – definitely less than 50 yards. With the decline in hound hunting for deer and even human-powered deer drives, buckshot was of less and less practical use. However, those very attributes – short range and moving targets – make buckshot the perfect choice for tactical shotgunning and home defense. Of course, that’s not new either. Buckshot was most commonly loaded in those short-barreled coach guns of the Wild West for security purposes.

As in birdshot and shotgun gauges, the actual diameter of the pellets goes up as the number goes down. That means “#4 Buck” is the smallest buckshot and “#1 Buck” is the largest – until you get to the oughts. With the addition of more zeroes, the size goes up. So #0 Buck is larger than #1, but #00 is bigger than #0, and #000 is the largest of all.

The actual diameter of the various buck shot pellets are:

Why all this comparative detail? Well, with an approximate muzzle velocity of 1,200 fps for these buckshot loads, that means the individual pellet in the #4 Buck load will have about 66 ft./lbs. of energy as it exits the muzzle and the #00 Buck pellet will have 172 ft./lbs. of muzzle energy. But let’s get impressive – the combined weight of 24 #4 Buck pellets is almost 497 grains. At 1,200 fps, the muzzle energy for the load is a staggering 1,589 ft./lbs. The combined weight of nine #00 Buck pellets is 484 grains for a muzzle energy readout of 1,547 ft./lbs.

The energy for the common personal defense handgun bullets are paltry by comparison. The .45 ACP musters in the neighborhood of 520 ft./lbs. at the muzzle, the 9mm about 450 ft./lbs., and the .22 LR 183 ft./lbs. At home defense distances, only a slug comes close, but with buckshot there are fewer worries about penetrations beyond the target than with slugs.

In 3-Gun Competition only sizes #4 Buck, #00 Buck, or #000 Buck are allowed for engaging buckshot-designated targets. Given that 3-Gunning is target shooting, and the targets don’t shoot back, I’d choose #4 Buck to maximize pellet counts for optimal odds of a hit.

A great deal of handwringing and debate goes into the selection of the “best” choke constriction for shooting buckshot. For most home defense, in my estimation, it’s a lot of folderol over nothing.

Think about it. Maximum ranges in most home defense situations are better measured in feet than yards. As I’ve shared before in this Beretta Blog, the distance from the top of the stairs outside our bedroom to the landing where I’d be forced to make a decision about a bad guy is a measured 14 feet. That’s the longestshot I have to consider taking in our home defense plan.

So let’s more than double that distance out to 30 feet – 10 yards. Go out and do your buckshot and choke testing at that range. What you’re going to find is this:

A. At that distance, the load you choose is going to have far more impact on the spread of your pattern.

B. Given the same load, the difference between a cylinder choke and a full choke at such short range is going to be negligible - usually less than three inches of spread. Given a center mass hold, in either case, all of the pellets are going to strike the torso.

Choke selection and testing for 3-Gun competition is another matter. Shotgun targets in competition are frequently set at distances beyond 10 yards. If you’re a serious competitor, you need to do your own testing with load/choke combinations to determine your best scoring patterns.

There is a great deal of debate about whether #00 Buck or #000 Buck should be fired through a full choke. It’s a fact that full choke guns, especially older shotguns, have been bulged at the choke by firing #00 Buck through them. How many does it take? That’s an unknown, but it can happen. For home defense and tactical purposes, there’s no sense risking it since the pattern difference at close range will be negligible. For 3-Gunning … go back to the pattern board and test, test, test. Besides, nobody’s shooting 3-Gun with old, thin-wall barreled shotguns!

Buckshot Loads Made to Pattern Tightly

With the gains in popularity of 3-Gun, home defense prep, and tactical shotgunning, all the major manufacturers make buckshot loads. Most offer several to many.

All the designs aim at offering tight patterns. The shot is usually high antimony lead, meaning it deforms less under pressure in the bore and as constricted traveling through the choke. The rounder the pellets stay as they leave the muzzle the truer they fly down range.

Nearly all modern buckshot loads contain buffering. This is granulated plastic that fills the voids between the large pellets. This also helps reduce deformation of the pellets because it absorbs the energy as the pellets squeeze together passing down the bore and through the choke.

And the best buckshot loads feature specially constructed wads that protect the shot and keep them collected at greater distances headed down range toward their target. One is the excellent Federal Premium Flite Control wad.

Finally, manufacturers recognize the stout recoil produced by heavy buckshot loads. If you’re going to practice as much as you should, you don’t want to deal with that kind of kick. It doesn’t help your shooting form, and it isn’t good for your either. So most manufacturers are offering reduced recoil buckshot loads. And when you start seriously comparing the numbers, most of these will make excellent short-range home defense loads, too!