No Substitute for Focus in Gun Training 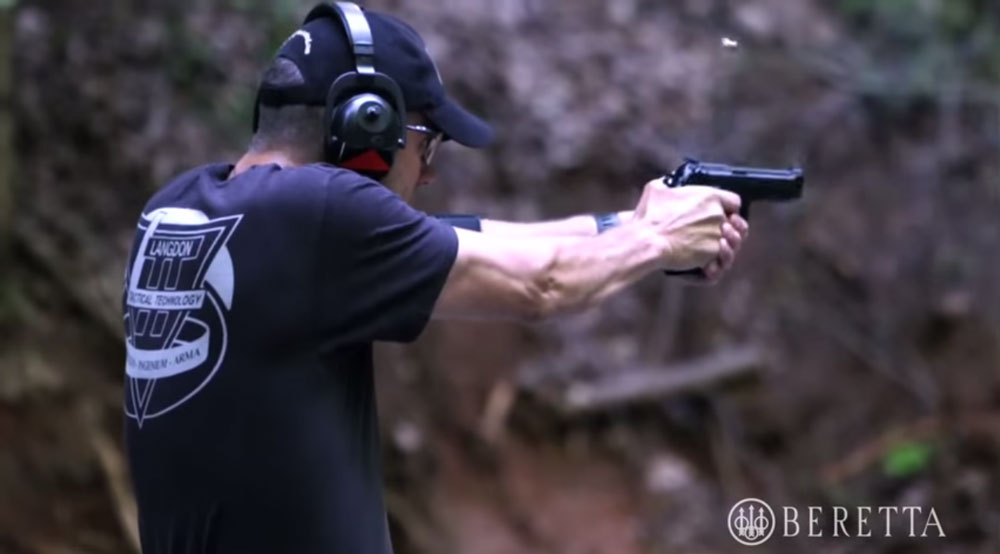 I have a close friend who’s a pretty good clay shooter, but his shooting suffers because of his willingness to pitch in to the gun club. He’s a co-chairman for the shotgun program, so most of his Sunday visits to the club’s five stand involve more administration than pulling the trigger. A couple of Sundays past, he signed up to shoot two rounds of five stand after the busiest part of the afternoon. He shot a perfect 25 on the first round, not the first 25 he’s shot, but a good score for anyone. On the second round, he went to the last station without a single miss.

He hit the first three targets and realized he’d never shot a 50 straight on the five stand. With two shots to go for a perfect 50 he called for his targets and broke the first one, as he swung on the last target, he thought, “One more,” and missed it. Later he told me he just lost his concentration. He was more than a little frustrated.

In shooting, whether at targets or game, with rifle, pistol or shotgun, there’s no substitution for focus. Not the kind of focus that has you going through a mental check list before firing each shot, but the kind of focus that puts your mind squarely attached to the task of the next shot and nothing else. Any thoughts about how you’ll feel after the shot has been accomplished will only increase your chances of missing. The only shot that counts is the one you’re about to shoot. Thinking about past shots or future ones will have an adverse effect on your performance. 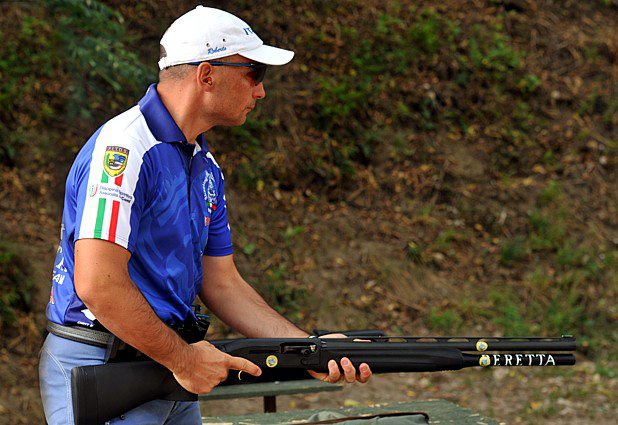 This kind of focus is only possible when you’ve learned to operate your equipment without external thought. When you get in your car to drive away, you don’t go through a mental checklist of what to do next. If a car on the interstate swerves into your lane, you don’t consciously think of avoidance, it happens as a natural reflex and response to the situation.

In gun training and in shooting, to be successful, things have to happen the same way and this can only come with practice and repetition. In shotgunning, the gun mount should be practiced until it is totally unconscious. On every single gun mount, the gun should meet your shoulder and face at the exact same place, and the gun should be pointed at your focus point.

With a pistol, the draw should be smooth and repetitious, your grip should be the same, the gun should come up without conscious thought, and as it comes into view, the sight should align with the target. As the sights come into view, the focus should shift from the target to the front sight and the sight picture should align without thinking. The same is true when shooting a rifle, or bow, or anything else. All the motions should happen naturally, without having to think them through. Once you’re at this level, you can completely focus on the target and the job at hand.

When I was at the peak of my rifle shooting career, I was shooting a match at Camp Lejeune. We were on the 300 yard line shooting rapid fire. The course of fire was to begin standing and go to prone when the targets came out of the pits. From the time they hit the top, we had 70 seconds to shoot two rounds, reload, and shoot eight more from the second magazine. During this time, we needed to monitor the wind to assure a change of wind speed or direction didn’t push shots out of the ten ring. Hitting a six inch ten ring, with an iron sighted rifle at 300 yards requires precision and concentration. As I finished the last shot and came off the rifle, I realized there were boots all around me. Until I fired the last shot and came off the rifle, I was totally unaware anything had happened, but the rifle of the shooter beside me had blown up and there were smoking parts of his rifle lying all around us. He was bleeding from superficial cuts, and the boots belonged to those helping him. The rifle had blown up halfway through the shot string, and I’d been so focused on the task, I was totally unaware.

During those 70 seconds, I was only focused on the task at hand. It was as if I was in a tunnel and nothing else existed. While I was unaware of the rifle blowing up, I knew I could respond if a "cease fire" was called on the range because I’d experienced it before. I’ve often pondered since that time whether my mind subconsciously knew the blown rifle didn’t affect me and swept the awareness from my mind or if I was just so focused it was like being in a tunnel. Either way, I know my best performances always resulted from totally committing my mind to the shot, and never thinking about other issues.

As a shooting instructor, I cannot over stress that practice allows the shooter to only focus on the task at hand. Whether it’s a windy day shot on a 1,000 yard F Class target, a high speed crosser followed by a lazy Chandelle, or a difficult pistol stage in a 3 gun match, real success can only be achieved when the mechanics are mastered and the mind is allowed to focus only on the task at hand.