Shotgun Tips: How to Crawl Out of a Shooting Slump 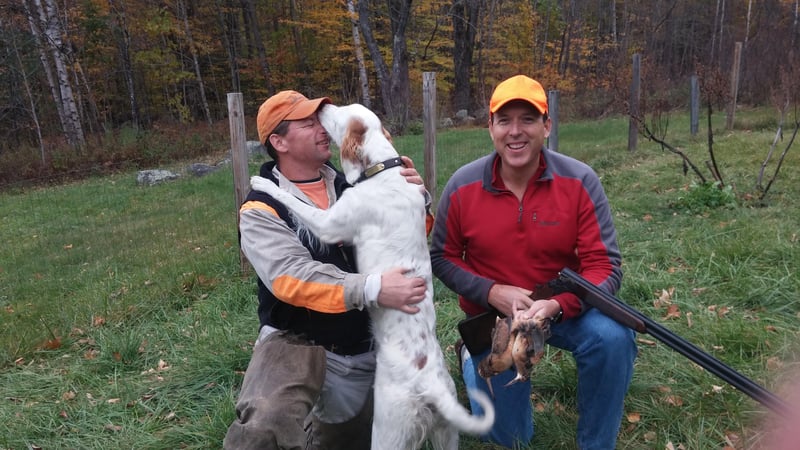 The season was a quarter century ago but I remember it like it was yesterday. The woods were thick, lush and green, and in the air was the smell of drying hay from the last cut of the year. I lit up the Opening Day woods like a house of fire. It didn't matter that the foliage was full or that the grouse and woodcock were dodgy. I hit most every bird at which I fired. I was unstoppable, or so I thought.

I woke up the next day ready for a repeat performance. It didn't happen. Throughout the morning, mid-day, and on into the late afternoon I strung together miss after miss after miss. I figured the leaves would drop the following week and I would have easier shooting. My shooting did not improve the next week, nor did it get any better the week after. The crowning glory came on a straightaway in the open which I missed. I was so hacked off that I wanted to wrap my shotgun around a tree. I didn't, but weeks of poor shooting really messed with my head. Here's how I climbed out from the abyss.

I'm not wired for yoga, but I probably should have taken a class to learn to relax and breathe. When I finally relaxed my shooting came around. My vigorous start made me hell-bent to keep up that pace, but it made for unreasonable expectations.

I had no expectations on the Opener other than to shoot as well as possible. When that lofty bar was set, I wanted to beat it. Instead of focusing on my mechanics I just wanted to kill birds. I rushed shots, I had bad gun mounts, I checked my swing, I lifted my head, and I had terrible footwork. Pretty much everything about my shooting process was wrong, and that's why I couldn't hit squat. If you're in a slump, don't put more pressure on yourself. Relax, focus on the process, and the results will take care of themselves.

After three weeks of missing, I figured that when a bird flushed I'd probably miss. I lost confidence in my shooting. To turn that frown upside down, I ran a few rounds through the easiest stations on a clay range. I hit the Skeet field and focused on High House Station One and Low House Station 7. These straight going aways are the easiest in the book. I figured if I couldn't hit those I'd take up basket weaving, but I ground 'em up. Afterwards, I moved on to the other stations and then on to a round of sporting clays. I took extra shots on the ones I missed, and when I returned to the field, I was locked, cocked, and ready to rock.

3. Your buddy's got your back

I missed a lot of birds for good reason; they were tough if not impossible shots. Once I settled down, I picked my shots more carefully. I waited until the dogs had birds pinned, I put myself in the open and shot into the cover, and in doing so, the quality of my shots was better. As a result, more birds dropped.

Sometimes, a change in choke or load is in order. If you're riding birds, then they're further away than where you normally shoot. A tighter choke or a spicier load is in order. Sure you'll hit them further out than normal, but it's a way to get a bird in the dog's mouth. When you're back to dropping birds with regularity then go back to your normal configuration.

6. Take some time off

Shooting is a mental game, and if you're continuing to spiral downwards, you might need to take off a weekend. Do something boring and mundane. There is nothing like raking leaves to make a bird hunter want to get back into the woods. By the time the yard looks great, you'll be champing at the bit to hunt. That edge is what you want because it brings focus and desire to the table. And that's a winning gameplan.

Bird hunting is a tremendous amount of fun, but weeks of missing sucks all the joy out of it. All that is necessary is a few tweaks, and you'll be back in business in no time.