How to Find A Gun Expert for Real Handgun Training 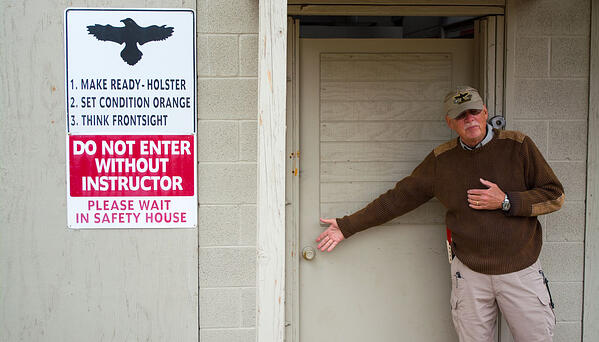 Critical self-defense skills used to be taught from master to student, and students were chosen with great care. A typical student might spend years on just the basics before receiving his master’s approval. Today we live in a world of fake credentials, instant masters, and impatient students who want to be considered proficient after watching a few videos.

We live in an age where information is instantly available on just about any topic. Do you want to know how to bake an award-winning pie? Check out the thousands of instructional videos on the internet. Would you like to know how to hang drywall? No problem; that is out there too. And should you want to reload your own ammo, there are tons of sources for that as well. Technology is amazing!

I am certainly not criticizing the video generation. Heck, I am a nerd too. But I do wish to point out a problem - especially when it comes to firearms training. There are now innumerable people who call themselves "experts" and are all-too eager to give their advice, whether asked or not. I frequent gun stores in my spare time (what can I say, I love guns.) Many of the people that I encounter are knowledgeable and helpful, so I want to recognize them and thank them for that. But it is inevitable that I also run into a large number of self-professed “masters" too. That's always fun. Ok… I’m being sarcastic.

So…Who should you listen to?

I was in a national retail store recently and witnessed a man telling his wife all about a particular long gun. The information he was passing on was good, but as he was explaining it he pointed the rifle in the direction of other customers and pulled the trigger. I'm not sure where this guy received his training, but that will get you kicked out of any class I am teaching.

I was in another local gun store and listened as the salesman directed a woman away from several very good handgun choices in order to lead her to the one of HIS choice. In doing so, he made critical remarks about each that were opinion rather than fact. The handguns he criticized are ones that I am 100% confident would have made fine carry guns, he just didn't like them.

These are laymen in my opinion, so they can be somewhat excused for their actions. But what about the professionals?

I have attended police academies twice in my career (hint: don't let your credentials expire if you think you might get back into law enforcement.) I have also attended handgun instructor training put on by popular gunmakers. Even in these professional-level instruction settings, I have heard things taught that probably shouldn't be. I may get some negative feedback on this, but one example is teaching trigger reset. It can be argued that this is a valid thing to teach in certain situations, but teaching it for deadly force encounters ignores the dynamics of physiology in these situations. If 70% of those in deadly force situations will experience a loss of manual dexterity, loss of visual acuity ( tunnel vision), and auditory sensitivity, does it make sense to count on a skill that probably won't be available to you?

While examples like these are frequent, I don't want to give the impression that opinions shouldn't be expressed. They should be so long as it is clear that it is opinion. Instructors and people in authority need to distinguish between fact and opinion. Let me give an example. 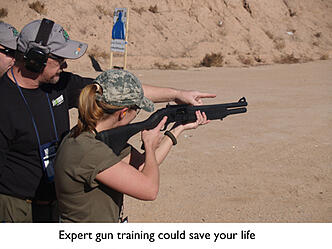 I have a very close friend who has been a police firearms instructor for decades. He and I frequently debate the use of lasers sights. He argues that their use instill laziness among shooters and causes them to get sloppy with their shooting fundamentals. I argue that it is another tool that has obvious benefits when under stress in real situations as well as in a training environment. You know what? We’re both right. The difference between us is a difference of opinion, and we state it as such. We also acknowledge the shortcomings of our positions and the benefits of contrary ones. That is how it is supposed to be done.

And that leads back to my initial point - whose opinion should you listen to? That’s not an easy question to answer.

I know many instructors who have far more knowledge about firearms than 99% of the public, yet they cannot effectively teach those skills. I know others who hold no credentials who are natural teachers and can get students to learn and have fun doing it. Then there are others, like me, who must spend hours preparing and rehearsing before teaching. It’s not just a matter of credentials - though that is important.

Another question to ask is about the person’s background and experience. Someone with real-world experience is usually preferred over those who have just read books, watched videos and taken a class or two. One thing that you learn real fast through experience is how easy it is to make stupid mistakes when under stress. Even the simple things become complicated. If the person has never had to face that, then they can’t teach it. And the instructor who isn’t willing to share these experiences, probably thinks too much of himself to effectively teach others.

I believe it’s a combination of the above - teaching skills and real world experience that make a great instructor. And as in all other areas, your best bet is referrals. Ask others who they learned from and who they recommend. The best instructors have students who willingly recommend them, so if you get a lukewarm response…keep looking. There are a lot of great instructors out there, and it’s worth your time to seek them out.

Seek the best instruction you can find. Your life may depend on it.