How to Handle a Traffic Stop with a Concealed Carry Gun 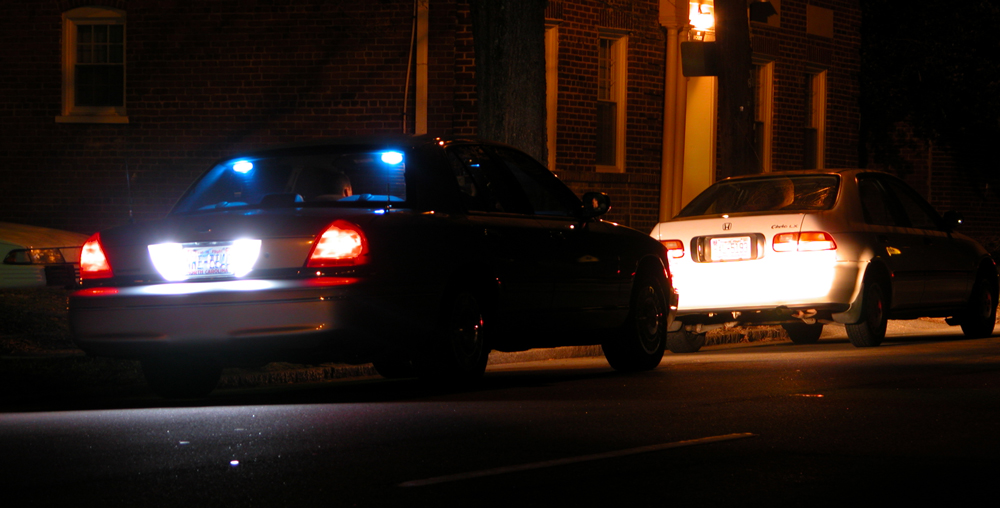 One of the most frequent questions that I get as a CWP instructor and former police officer is what to do if stopped by a police officer while legally carrying a concealed handgun. The answer depends on the local and state laws where you live, but I think that most situations merely call for a little common sense.

You have to understand that when a police officer approaches a vehicle, they have no idea what they are going to encounter. It may be a 16 year old girl crying because it is the first time she has been stopped, or it may be someone who just robbed a bank who has made up his mind that he is not going to jail. Every traffic stop has the potential to be deadly, and every officer has been through hours of training reminding them of just how serious of a situation it can be.
So what does this mean if you get stopped while carrying? The first thing is that you have to do to make the situation easy and clear for the officer. Pull off the side of the road far enough, if possible, to give the officer enough room to approach your vehicle without having to worry about oncoming traffic. Roll your window down, place both hands on the steering wheel and leave them there until told to do otherwise. The first thing the officer is going to want to see is your hands, because that is where any threat is going to come from. If it is dark outside, take the added step of turning on your vehicle’s interior light; it is just one more thing that shows you’re looking out for his safety. I will tell you from experience that approaching a dark car with blackened windows is not fun. It’s common courtesy as a CWP holder to remove as many perceived threats as possible from the situation.

This is not the time to start digging in your glove box or center console for your insurance card or wayward registration. To an approaching officer, that looks surprisingly like someone reaching for a gun. This is especially true in states that allow one to carry a pistol there legally without a carry permit.

This is also not the time to jump out of your vehicle and walk back towards the officer. Although your tag number, vehicle description and location should already have been called in before the blue lights come on, there may be radio communications occupying his or her attention. Seeing a driver exit their vehicle and start walking back raises all kinds of warning alarms as the officer thinks back to their training on how many deadly encounters started that way.

Once the officer approaches and begins speaking with you, make sure that he/she knows what you’re going to do. Tell them where your hands are going and why. The officer should be giving very specific directions to control your actions, so do exactly as told. If there is a reason why you can’t follow instructions, you should calmly explain why. For instance, in South Carolina it is perfectly legal to carry a loaded handgun in the glove box whether or not you have a concealed carry permit. If you’re doing that, you don’t want to reach over and open the glove box only to have a gun appear unexpectedly. It is better to say, “Officer, I have a handgun in the glovebox; how do you want me to get my registration that is stored there?” This is not the time to say, as has happened to me, “I’ve got a gun!” That driver found out that I too was carrying that fine day, and they weren’t too happy to be shown what my handgun looked like.

If asked for your identification, let the officer know where it is and what you have to do to retrieve it. This is the perfect time to explain that you’re a CWP holder, that you are armed, and where your handgun currently is. Many states have made it mandatory to provide your CWP permit with your license during a traffic stop. Just make sure that when you mention CWP, firearms, or anything else that could be perceived as a threat, that your hands are clearly visible, your voice is calm, and you don’t do anything without letting the officer know before hand.

Always keep in mind that a diminishing number of police officers are experienced and/or active shooters. They carry a handgun only because it is required for their job. Also, it is sad to say that many officers have no idea what the CWP laws are in their own state. I mention this in case things don’t go as you plan. This is not the time to argue. The officer controls the traffic stop from start to finish. Let him/her do that. Any issues can be dealt with through a supervisor after the fact.

If you follow the above guidelines, you’ll find that the majority of officers will show appreciation for it. They will recognize the efforts that you took, and it may even influence how they handle the initial reason for the stop. I can tell you that it influenced how I handled them. A CWP holder identifying themselves always relieved my apprehensions on a stop, for I knew up front that they had already passed a background check, had been through training, and presented little threat during a stop. Rather than raising tensions, it eased them.

One last word. If you carry, make sure that you know the laws in your jurisdiction, and make sure that, unless directed otherwise, your handgun stays out of view during a traffic stop.

Editors note: We would like to welcome new contributor William Starnes. A former law enforcement officer and CWP instructor, William will be covering many crossover issues that look at the similar (and sometimes different) points of view from law enforcement and armed civilians. He's also the competitive sort, so you might hear a bit about shooting competitions and the occasional hunting story.