How To Overcome Training Boredom 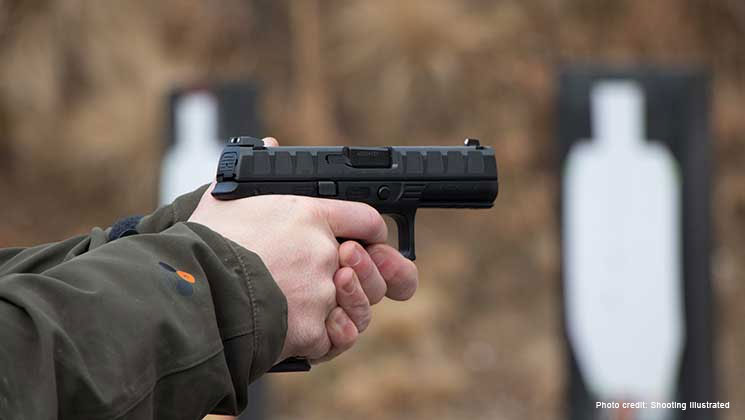 I know, I know…boredom at the firing range? Perhaps boredom is the wrong word; perhaps not. But if you shoot enough, you want to go beyond just hanging a target and blasting holes in it. Sure, we all have to do that sometimes. There are basic gun handling skills that need to be developed and cultivated, and the best way to do that is through repetition. Repetition can be boring, but it doesn’t have to be.

Also see: No Substitute For Focus In Gun Training

We often hear the term “muscle memory” when referring to the skills developed through practice - you get to the point where your body does the skill automatically and without thought. That may seem strange, but we do it in all aspects of our life. Take, for example, the very complex skill of walking down a busy sidewalk with oncoming pedestrians. We do it effortlessly, yet the skill required to do so is anything but simple. As we walk, our mind is subconsciously evaluating the number of people, their direction, and speed of travel. It calculates and re-calculates as conditions change. This is necessary to avoid collisions. It then adjusts our own speed and direction without even thinking about it; our body seems to do it automatically. Also, it is ever-vigilant for sudden surprises like people emerging from unseen doorways or sudden changes in directions. We do all of this without giving it a second thought.

Firearms skills are the same. If we practice loading and unloading or changing magazines repeatedly, we can develop muscle memory that will enable us to do it seemingly automatically and without thought. That’s the Holy Grail. The problem is that shooting involves multiple skill sets that need to be developed; it’s not just one. The more of these skills that we can develop into automatic ones, the more we free our minds do concentrate on more important things like evaluating threats or creating survival plans while under fire. But all of this means many hours of practice, and this can lead to boredom.

Let’s take a look at how our practice can be modified to take the edge off of the boredom. As an instructor, I know that adding one complication to a basic skill can change it dramatically. And while the basic skill itself is being practiced, the student is actually concentrating on learning another one. We’re killing several birds with one stone. The one skill is being practiced, another is being learned. Here’s an example:

Every shooter of semi-automatic handguns has to practice magazine changes. It goes with the territory. And when you do it enough, it becomes automatic - or mostly so. For the experienced shooter, I’ll often add dummy ammunition into the mix. For a magazine that holds fifteen rounds, I might put four or five dummy rounds in it thus providing an added level of complication. This forces them to concentrate on the new skill of handling malfunctions when the dummy round is chambered. You might be surprised how much concentration this takes when you first try it.

When the student pulls the trigger and hears “click” instead of “bang,” they are forced to react to clear the malfunction. We teach “Tap, Rack, Bang” as the three step process of clearing. You “Tap” the magazine to ensure it is properly seated and locked into place. You “Rack” the slide to eject the failed cartridge from the chamber. Then you pull the trigger again to get back to “Bang.” It seems simple enough, and it is, but the random surprise of it often flusters even experienced shooters. But here’s the point…While the student is learning the drill to clear malfunctions, they are also reloading as normal. They are doing it automatically when the magazine is empty and are indeed practicing their reloading without knowing it. As an added bonus, we’re adding stress to the situation which also develops the mind and the student’s overall skill set.

You may have heard the term “stress inoculation” (you might be interested in this article about adding stress to your training routine). We add one skill beyond the student ability, thus always making the simple more complicated. This slowly builds up a tolerance to stress and makes them better able to cope with unknown stresses in the future. As long as we don’t add too many skills too fast, the student should gradually improve their overall shooting ability. That’s our goal as instructors. Should things get to the point where frustration develops, we remove one or more stressors to get back to a level of comfort before advancing again. Good instructors are constantly evaluating their students’ reactions and adjusting the training to meet their needs.

I’ve used reloading as an example, but it is just to illustrate the point. There are almost no limits to this training concept. The level of complexity is only restricted by the instructor’s creativity. I’ve designed entire courses of fire for police officers where they are required to use all of their basic skills to complete the course successfully. One of my favorites is to have an IDPA-style course that requires shooting from multiple points and positions, involves reloading, has dummy rounds included for malfunction drills, and requires a certain amount of effective hits on target with only the rounds they carry on them. The course includes 40 rounds of live ammo and five randomly placed dummy rounds. The officer never knows when or where the malfunction will take place. The ammo limitations mean that they also must concentrate on all of the shooting fundamentals for accuracy. Running out of ammo without neutralizing all of the targets or failing to maintain cover during the course means that the officer fails.

This is probably above the skill level of a good number of shooters. Plus it’s also hard to find a range facility where this could be used in a civilian setting. Obviously, safety is of primary importance, and this is never done without multiple range safety officers looking on and following the action. It’s not recommended that the average shooter do this unless under the supervision of a qualified trainer. Running a course with too many complications may push the student past their skill level and create an unsafe environment. It is mentioned here only to show the range of possibilities to alleviate shooter boredom.

In conclusion, take one skill at a time and develop it. When it becomes automatic, vary it and/or add another skill to make it more complicated. Then practice that combination until it becomes automatic before changing it again. That’s how you become good. It’s how students become better. Don’t ever let boredom set in. Boredom means that they give up practicing that skill before it is mastered.