How to Pick the Perfect Pistol for Everyday Carry 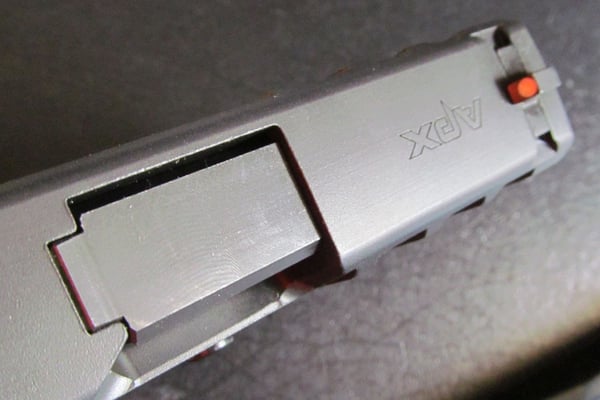 A trip to your local gun store can be overwhelming for someone new to concealed carry. Almost all guns bear a striking similarity to each other. They’re almost all black. Most pistols incorporate a hefty amount of plastic and some steel. What sets them apart?

Also See: How to Choose the Right Handgun

Full-sized pistols are typically the largest category. They are often carried openly. While they’re not as easy to conceal, they do wear well in a shoulder holster.

Compacts are slightly smaller. They usually sacrifice a bit of length from the barrel and the grip to be more easily tucked inside your waistband or under a shirt.

Subcompacts are even smaller and shorter. This class has gotten increasingly rare. Many manufacturers are building smaller, thinner pocket pistols. These may have names like “micro” or be referred to euphemistically as “mouse guns.”

Most companies, like Beretta, make the same model in various sizes. The reason is easy enough to understand. Law enforcement officers and those who tend to carry two pistols will often look for a full-sized duty pistol and an exact copy (so the controls are the same) in a smaller size that can be easily carried as a backup.

The vast majority of us who carry only one gun go for a compact.

Almost everyone in the United States carries one of four calibers.

9mms are solid performers. The rounds are small, light, and fast. There are hundreds of variants of the round available just about everywhere. Hollow-points typically top out at 1,100 FPS, give or take, which makes them effective for self-defense.

Big .45 ACP pistols are also popular, though the bigger round means capacity is limited. The bullets themselves travel more slowly, but they are heavy and have impressive terminal ballistics.

.40 S&W was designed to hit harder than the 9mm, and faster than the .45 ACP. While it is still popular with some agencies, it has never really challenged the dominant rounds. You get more speed, but just slightly more capacity than .45 ACP and slightly less than 9mm, and there are fewer choices for ammunition.

The .380 ACP has been around for a century now. The round is lighter than most 9mms, and packs less punch. Yet this reduction in power means the guns that fire the .380 ACP can be scaled down to be surprisingly small. Still, some only consider the .380 as a backup.

Caliber will determine capacity, to an extent. So too will the length and width of the pistol’s grip.

Double-stack pistols use a staggered magazine design that holds more than a single-stack (one that simply stacks one round directly on top of the other).

Single-stacks are popular, easy to conceal, and limited in their capacity. 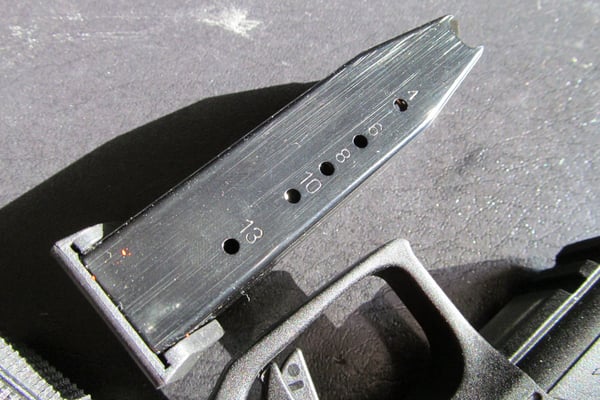 When talking about safeties, you may encounter internal safeguards designed to prevent the gun from firing accidentally (in the case of it being dropped, for instance.) There may be a trigger bar that would prevent the trigger from traveling rearward without the direct and intentional use of the index finger.

The most common is a manual thumb safety. If that’s something you want, or definitely don’t want, it should be high on your criteria list.

Hammer or no hammer?

This is a bit of a trick question. In this first iteration, I’m talking about an external hammer. Some pistols have a striker inside the slide that punches the firing pin. Others have a hammer hidden inside. Typically, a hammer can be seen (and manually cocked) at the rear of the pistol.

In some pistols, an exposed hammer indicates the pistol will fire in double action mode (a long trigger pull cocks and drops the hammer). After the first shot, a short pull of the trigger drops the hammer (which is cocked by the slide as it snaps back during recoil from the first shot). The 92, M9, and PX4 series are great examples of this design.

Some pistols, like 1911s and some .380 copies, only fire if the hammer is cocked manually. If the hammer is down, the trigger won’t do anything. These are called single-action-only guns. You may spot one of the rare Beretta 92 Combat or Steel I models in this configuration if you follow the premium collector gun market.

Double-action-only guns are also common. These pistols have stiff, reasonably long trigger pulls for every shot.

Grip texture is certainly a consideration. Many of the plastics currently in use in pistol frames are deeply textured. They have to be to prevent sweaty hands from slipping during recoil.

Sights are another area we typically debate. Most defensive handgun scenarios involve a reflexive firing posture. Sights are frequently an afterthought. Yet we all appreciate range time and train with sighted fire.

Some guns have odd factory sights. The three-dot set-up is typical. More expensive guns will incorporate glowing night sites. If you want to customize your sights, or fine-tune your sight picture, look for a gun with adjustable sights. Most of these options will have dovetails milled into the slide that make positioning and switching easy.

Sight durability is also something to consider. Sights are made of plastic, aluminum, and steel. The steel sights stand up to the abuses of recoil better than plastic, but they add to expense. 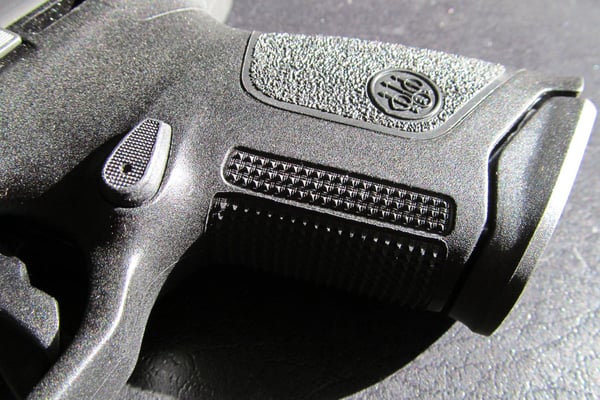 The last consideration on your list might be the most important. The shape of the grip will determine how it feels in your hand. Test them out and see how they feel.

It'll be up to you to prioritize the above criteria to reflect what's most important to you. Good luck!