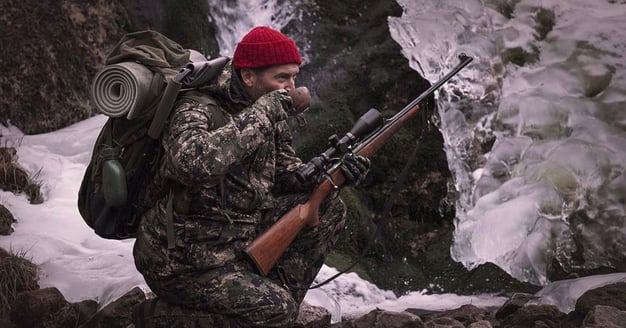 Stuffing seems to be the most loved ingredient that we enjoy on our Thanksgiving and Christmas menus. This year I had rave reviews on my stuffing, and it could've been due to the secret field-to-fork ingredient. Dare I tell the story of how I made the "best stuffing ever?" What's the secret ingredient that is derived from a challenging hunt? Read on, and I'll share the story of how well-trained dogs, a beautiful mountain environment, and a challenging hunt lead to delicious eats on the table.

Let me start at the beginning. You see, I have these wonderful four-legged friends who live for the hunt. I've hunted behind bird dogs for pheasant, ducks, grouse, and the like. I hunted behind a Swedish Hunting dog while in Russia pursuing moose with my friends from Sako Rifles. It's a sight to behold when a dog knows it's time to hunt. Their demeanor changes and they get a smile on their faces. In short, hunting with well-trained dogs is an incredible experience. There is a lot of time that goes into training a good hunting dog. The task is a challenging and a rewarding experience. The greatest reward is when the dog finds its quarry. That equates to a reward for us as well. We'll have fantastic, healthy meals on our table.

As an American, I'd never hunted big game with a dog. When I headed to Russia to pursue a moose I knew I'd have to open my mind to the fact that I'd be behind a dog during the quest. It wasn't until after I arrived, the sun rose, and I saw the terrain that I realized why in that part of the world they utilize the help of canines.

We jumped in a skiff and headed across one of the many lakes. Upon disembarking, we saw a huge moose track in the moss. I've been on moose hunts before in the U.S., and I became excited at this fresh track. As we maneuvered across the land, we watched our step to avoid falling into marshy spots and sinking to our knees.

We hunted a while, not covering much ground. The terrain truly made it difficult to hike, and we weren't able to see very far in the thick timber and scrub. As our guide spotted the moose track heading to the edge of the lake, he directed us to turn back. The moose had taken to the water and made a swim for it. 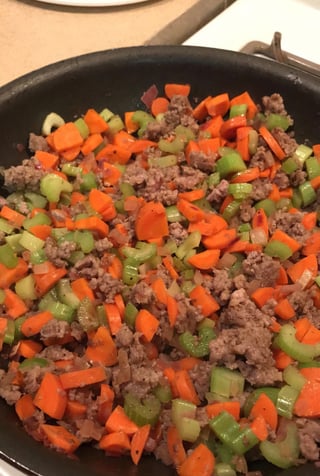 When we returned to our boat location, I looked around in awe. I wanted to capture a picture of my foot next to the huge moose track, except it had vanished. We'd been gone no more than 30 minutes. The moss had regained its composure, and you'd never have known a moose had been there.

Spot-and-stalk hunting would be a challenge in this topography. To spot-and-stalk, you must first be able to spot them, then follow the animal and at a good pace. That wasn't possible due to the logs, holes, swamps, limited visibility, and now the disappearing tracks. The reasons for dogs finally rang true in my mind.

We hunted for moose, using the dog, for two days. We never caught up to a bull, and no one filled their tag. Hunting with dogs doesn't make the pursuit easy, and it does not guarantee you will bag your quarry.

Here at home, we hunt with dogs as well. My hounds are trained to hunt mountain lions. Well, except for one. She also knows how to track bear, but that's not legal in Colorado so cougars it is.

The most arduous hunts I've been on are those of mountain lions in the Rocky Mountains. This type of hunting with hounds is done during freezing winter months. It helps to have at least an inch of fresh snow in which to locate a fresh track. Hunts can begin at 7,000 feet and end at 11,000-foot elevation. You see, the animals go where they want when they want, and the hunter must follow. It's not easy.

Last year I tagged a large tom after two days of pursuit in frigid temperatures. It wasn't until the last minutes of the second day that I managed to "swim" my way through the waist-deep snow, with the help of my friend, and make it to the tree. We were able to determine the sex of the animal, its maturity, and then decide whether to take him or let him go.

I've had friends say, "Why do you hunt mountain lions? You can't eat them." Au contraire, my friends. The meat acquired from the cougar is delectable. In fact, I use it in many recipes. If you haven't already guessed, the secret ingredient in my stuffing is delectable, ground, seasoned mountain lion, and all my guests continue to rave about the dish. Hey, don't knock it until you've tried it!